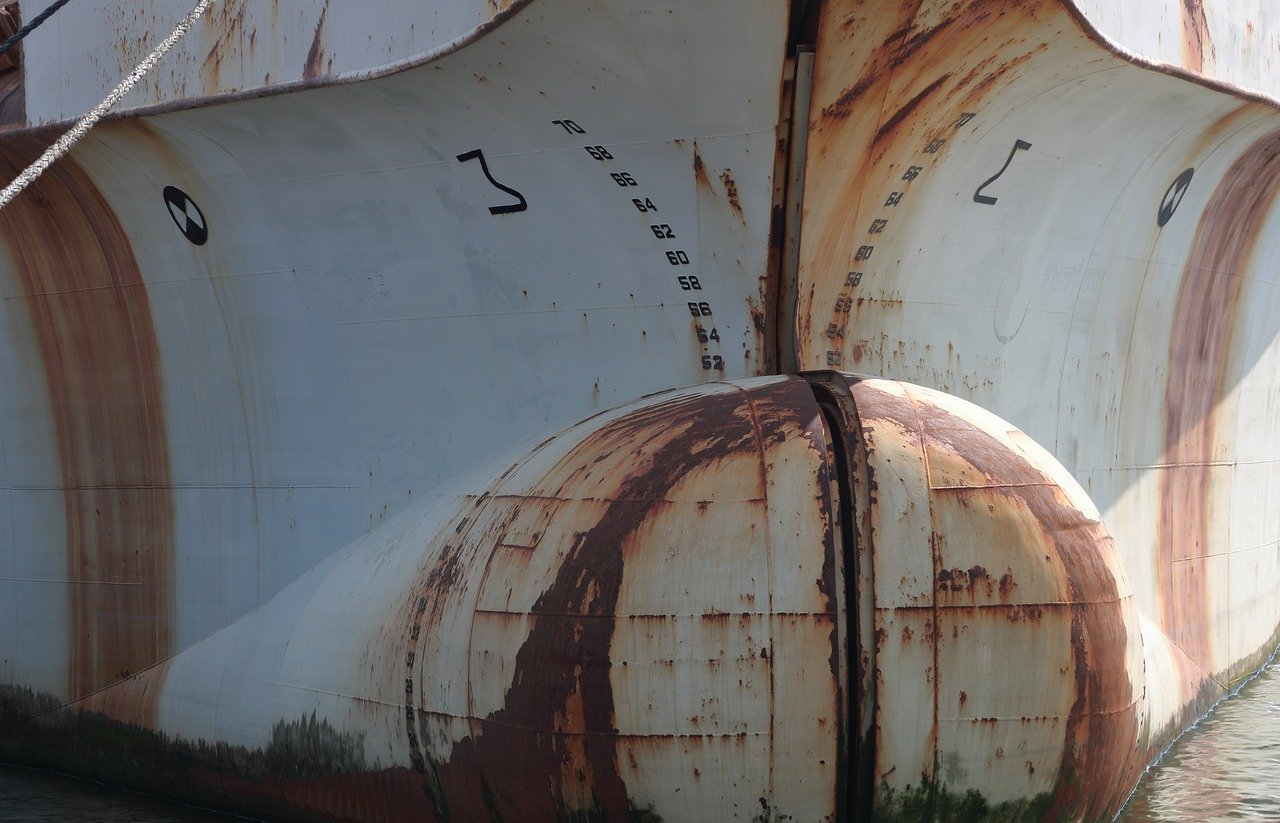 Marine paints can be a major source of microplastics. In a new study, environmental geochemists of the University of Oldenburg say that ships leave a kind of “skid mark” in the water. They found that most of the plastic particles in water samples taken from the German Bight originate from binders used in marine paints.

Shipping traffic can be a major source of tiny plastic particles floating in the sea, especially out in the open ocean. In a paper published in the scientific journal Environmental Science & Technology, a team of environmental geochemists based at the University of Oldenburg’s Institute of Chemistry and Biology of the Marine Environment and led by Dr Barbara Scholz-Böttcher for the first time provides an overview of microplastics mass distribution in the North Sea.

‘Our hypothesis is that ships leave a kind of “skid mark” in the water which is of similar significance as a source of microplastics as tyre wear particles from cars are on land,’ Scholz-Böttcher says.

In the autumn of 2016 and 2017, the Oldenburg team took water samples from various locations in the German Bight with the research vessel Heincke. The German Bight is an area in the south-eastern corner of the North Sea and one of the world’s busiest shipping lanes.

Scholz-Böttcher and her two colleagues Christopher Dibke and Marten Fischer used stainless steel sieves to filter plastic particles of much less than one millimetre in diameter out of the seawater and then analysed the chemical composition of the collected particles. They used a special analytical method in which the plastic molecules were first heated to temperatures of almost 600 degrees Celsius to break them down into smaller, characteristic fragments, and then separated and assigned to different polymer groups based on their mass and chemical properties.

With this method the researchers were also able to quantify the mass of each plastic type. ‘Previous studies have only measured particle numbers for the North Sea. We, for the first time, also determined the mass distribution, and thus obtained a more comprehensive picture of the emergence of the different plastic types,’ Scholz-Böttcher stresses.

The team was surprised by the results: the samples contained above all indicators for polyvinyl chloride (PVC), polymers known as acrylates, and polycarbonates. Their mass accounted for about two-thirds of the total microplastic content in the mean and up to eighty per cent in certain samples. Packaging plastics such as polyethylene (PE), polypropylene (PP) and polyethylene terephthalate (PET), which were previously estimated to make up the bulk of microplastics in the sea, accounted for a much smaller percentage. ‘We weren’t expecting this distribution pattern,’ says Scholz-Böttcher.

When the researchers conducted a more detailed analysis of the results, they observed that PE, PP and PET plastics were found mainly near the coastline, whereas in the open North Sea and in the Elbe estuary – particularly in the proximity of major shipping routes – the other types of plastic were predominant.

‘We believe that these particles originate from ship coatings, where these plastics are used as binders in acrylic paints or epoxy resins, for example,’ Scholz-Böttcher explains. These results suggest that far larger quantities of microplastics are produced directly at sea than previously thought.

According to the team, literature studies show that in the European Union alone, several thousand tonnes of paint end up in the marine environment every year. With potentially harmful consequences for the environment: coatings and paints used on ships contain heavy metals and other additives that are toxic to many organisms. These antifouling components are used to protect ships’ hulls from barnacles and other subaquatic organisms and are constantly rubbed off by the wind and waves.

The team is currently conducting further studies, for example in river estuaries and in sediments, to gain more insights into how these microplastics enter the environment.