Jumbo and SAL to enter into heavy lift joint venture 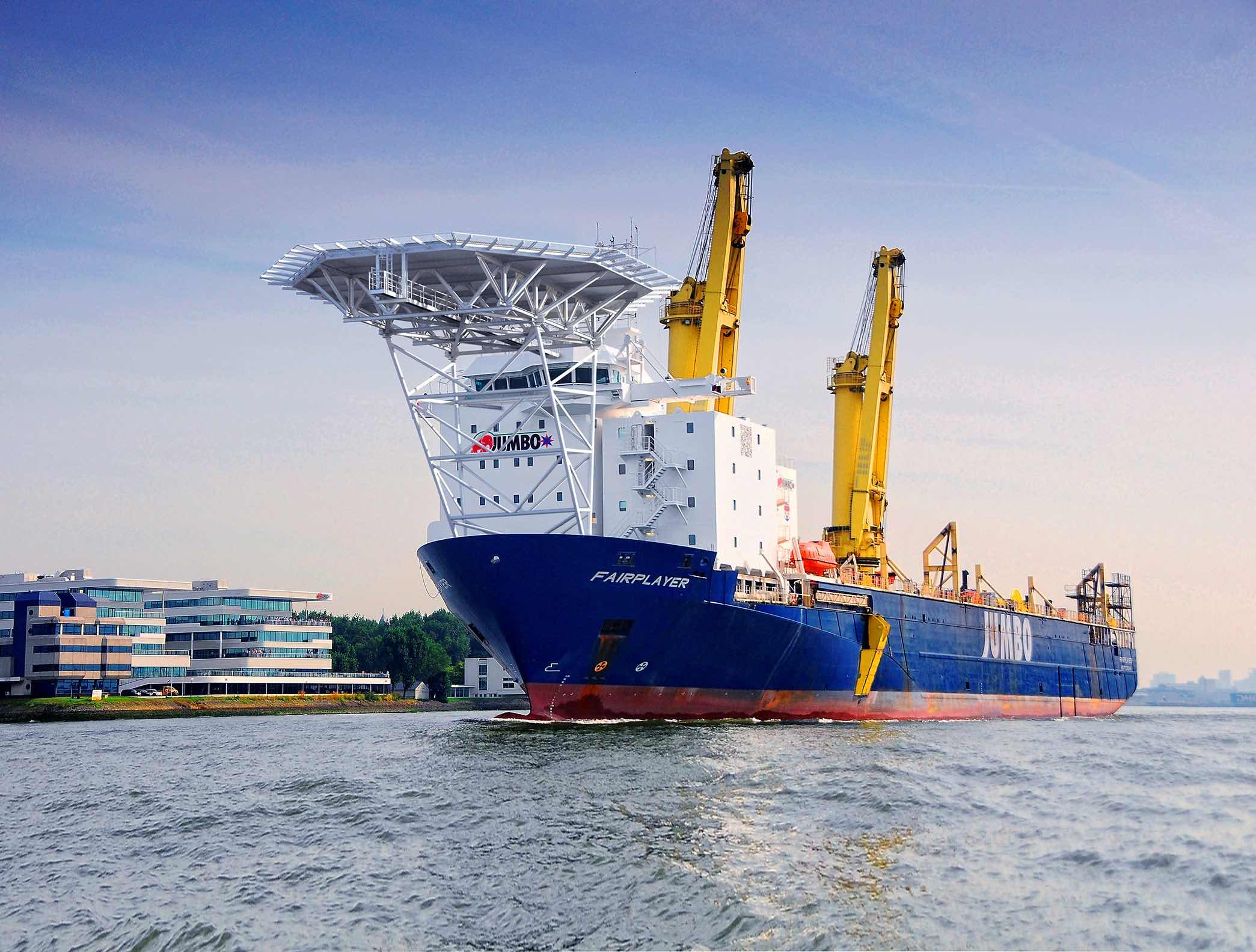 SAL, a German breakbulk and project cargo specialist, and Dutch maritime heavy lift transport and installation contractor Jumbo intend to form a joint venture. The companies say that combining a large part of their fleets, engineering and commercial activities serves the goal of sustainable transport capacity and growth.

The Jumbo-SAL-Alliance would be focused on gaining logistical efficiencies, such as joint fleet operations, and benefits for its customers, such as increased flexibility and offering for both breakbulk and outsized cargoes.

Operated from Germany and The Netherlands

Jumbo spokesman Jan Hein Reeringh says the company’s headquarters will remain in the Netherlands and Germany respectively, with the joint venture operated from both offices. ‘By pooling our vessels, we can offer a much larger fleet and we both have the entire fleet at our disposal. This means cargo can be booked on both SAL and Jumbo vessels, so we are also offering a larger variety of ships.’

He also says the joint venture has no consequences for the companies’ personnel. ‘There won’t be any layoffs or something like that.’

Go or no go within a month

The joint venture is subject to clearance by the German competition authority (“Bundeskartellamt”) and Dutch in-company legal requirements. With the aim of obtaining formal approval, both companies have started the necessary procedures.

Reeringh expects a go or no go from the relevant authorities within a month from now. ‘We cannot say more at the moment, until approval has been given. This approval may also come in the form of a ‘Yes, provided that’, meaning we will have to adjust our plans, which is also why we are not revealing more about our plans at this time.’

The Jumbo-SAL Alliance will be a heavy lift powerhouse with a fleet of 31 vessels, but for the individual carriers, the fleets are actually complementary to each other. While the combination will give SAL a significant boost in the very high lift range, Jumbo will get a big bump in the midrange of heavy lift vessels.

Jumbo operates nine heavy lift vessels ranging in maximum lift capacity from 650 to 3000 tonnes. The majority of that tonnage is in the higher lift range, with four vessels capable of lifting 1800 tonnes and two vessels able to lift 3000 tonnes.

SAL operates 22 heavy lift vessels. The flagships are the MV Lone and MV Svenja, which can lift up to 2000 tonnes and the carrier has another four vessels able to lift 1400 tonnes. The majority of SAL’s fleet, however, is in the midrange of 640 to 900 tonnes.

For SAL Heavy Lift, this is the second major business expansion in a short amount of time. In October last year, the company announced it had acquired the Americas-focused breakbulk carrier Intermarine. If the new agreement with Jumbo will give the Dutch shipping company access to Intermarine’s fleet as well is not clear at the moment. But if it does, it will give Jumbo acces to another six vessels in the lower lift range of 120 to 300 tonnes as well as access to a strong Americas network.

Since the bankruptcies of Hansa Heavy Lift and Zeamarine, there has been a fair bit of consolidation of the midrange heavy lift vessels. Spliethoff and United Heavy Lift, in particular, gained a significant amount of tonnage from these bankruptcies.

Spliethoff has added ten P-Type vessels to its fleet, seven with a lift capacity of 1400 tonnes and three with a maximum lift of 800 tonnes. Together with the eleven BigLift heavy lift vessels ranging from 800 to 2200 tonnes in lift capacity, the Dutch project carrier could be considered the closest direct competitor to the SAL-Jumbo combination.

Below the 1000-tonne mark, however, United Heavy Lift and BBC Chartering are also forces to be reckoned with. UHL is rapidly expanding its fleet of F900 vessels which, as the name implies, can lift up to 900 tonnes. The company first acquired nine of these vessels from Zeamarine following the carrier’s bankruptcy, and then ordered another eight of them in China, with the first one being delivered at the start of this year.

BBC Chartering, the biggest multipurpose vessel operator in the world, operates thirteen vessels in the 800-tonne range and another eight capable of lifting 700 tonnes. Another noteworthy competitor is AAL Shipping, which owns fourteen 700-tonne vessels.