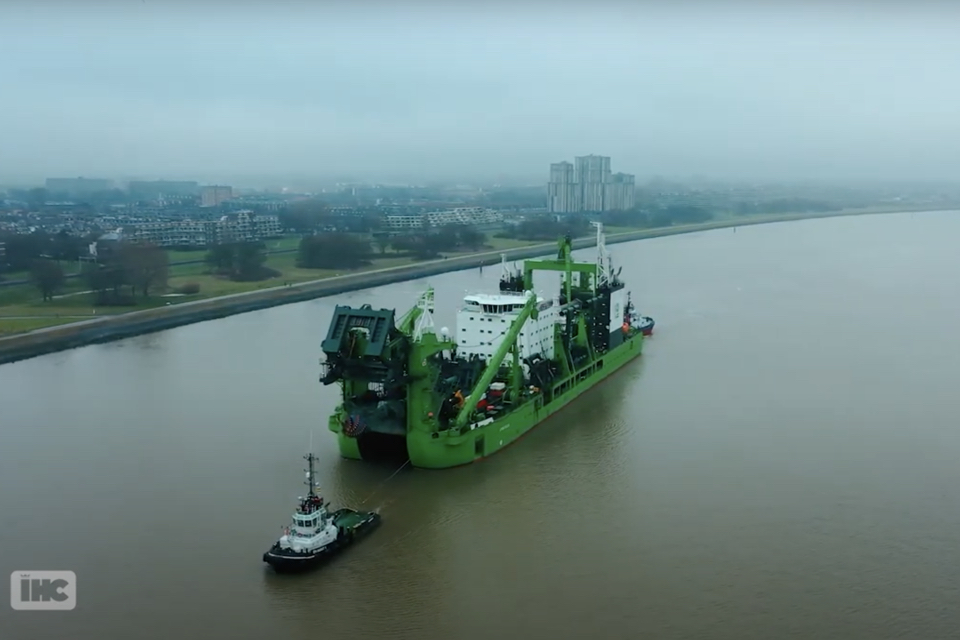 DEME Group’s giant LNG-powered dredger Spartacus has left the Royal IHC shipyard in Krimpen aan den IJssel on its way to Maasvlakte 2 for further commissioning. It is the world’s most powerful cutter suction dredger to date. Royal IHC has released a time lapse video of its journey.

The Spartacus features several additional innovations, such as a waste heat recovery system, a one-man operated dredge control and a heavy-duty cutter ladder that can reach a dredging depth of 45 metres. The ship was launched at the yard in November 2018.