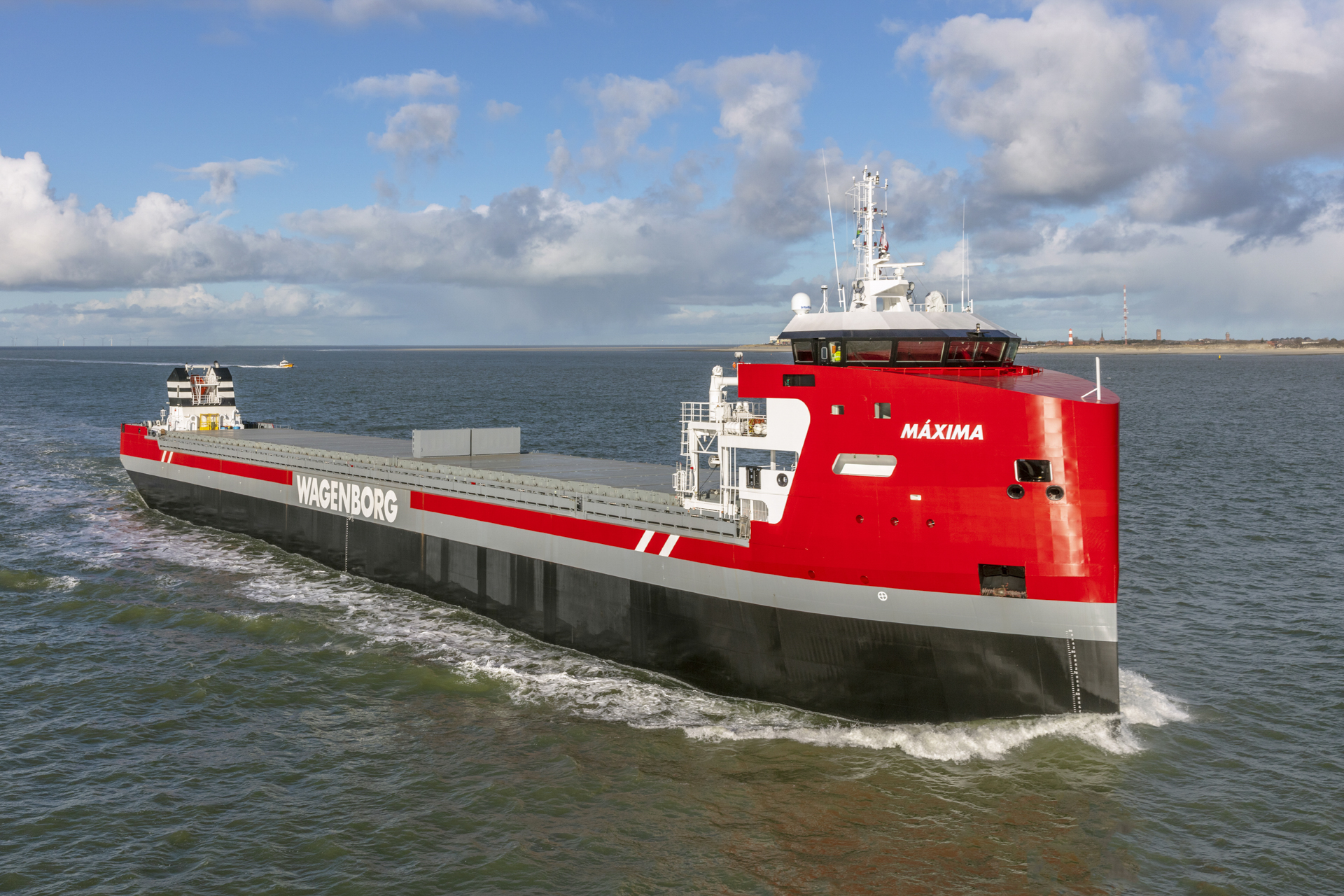 The second EasyMax vessel has been delivered to Wagenborg. It has been taken into service under its official name, Máxima, named after the Dutch queen. The ship left for its maiden voyage to Antwerp from homeport Delfzijl.

The ship was to be christened during the Delfsail 2021 event, but due to Covid-19, Delfsail will be moved to a later date yet to be determined. However, the intention is to still perform the christening ceremony of the Máxima during the Wagenborg event at DelfSail, the Dutch breakbulk carrier states.

‘The timing of this event will be chosen in such a way that our domestic and foreign guests can fully witness it. As a royal company, we are particularly honoured that Her Majesty has been pleased to associate her name with our sustainable new-build vessel,’ Wagenborg writes in a statement.

With a cargo capacity of more than 14,000 tonnes and a hold capacity of 625,000 cbft, Wagenborg was able to build a relatively large vessel without a major increase in overall dimensions. With an installed power of less than 3000 kW, this ship has extremely low fuel consumption and due to its design, has excellent seakeeping performance.

According to Wagenborg, the company’s focus on energy efficiency resulted in over sixty per cent savings in CO2 emissions compared to its peer group. ‘We are proud the EasyMax is by far the greenest multipurpose vessel in its class,’ the company states.

Watch a video of the Máxima’s sea trials, which took place at the end of January below.