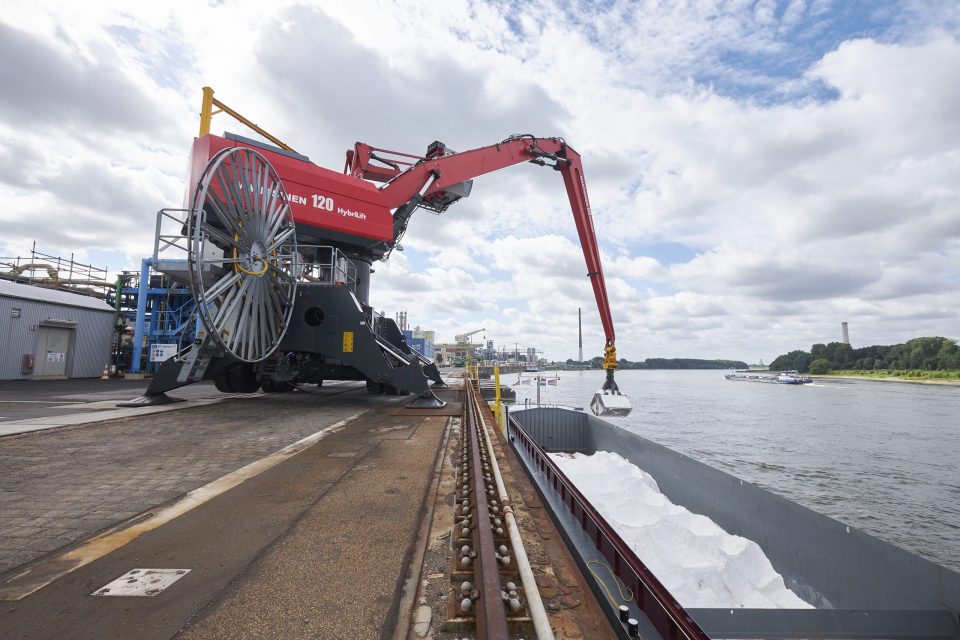 Inland shipping cooperative NPRC, together with German polymer producer Covestro, is going to convert part of its fleet on the Rhine to hydrogen-powered ships. The aim is to have the first two zero-emission ships sailing as early as 2024.

In terms of transport volume, salt is the most important raw material for the Covestro sites in North Rhine-Westphalia. Under RH2INE, Covestro and NPRC want to make the transport of this raw material emission-free step by step. To this end, the partners want to put two hydrogen vessels into service initially from 2024.

The international project is part of the RH2INE initiative of the German Ministry of Economic Affairs of North Rhine-Westphalia and the Dutch Province of South Holland. The aim is a climate neutral transport route on the Rhine-Alpine corridor and thus to give substance to the European Green Deal. Covestro and NPRC support the development of a hydrogen infrastructure for the salt transport fleet in ports and loading stations along the Rhine.

‘We want to bring our company fully into line with the circular economy and produce carbon-neutral in the long term,’ says Dr. Klaus Schäfer, Chief Technology Officer of Covestro AG. ‘This includes the continuous reduction of indirect emissions, where we want to implement innovative solutions together with strong partners such as NPRC.’

‘This collaboration is a great example of the opportunities that arise when all stakeholders in the supply chain commit to sustainability. This partnership with Covestro provides a solid and reliable basis for our cooperative of individual inland navigation operators to take on the huge investment needed to convert to zero-emission transport. This form of joint chain responsibility is in my view the future of innovations in logistics,’ says Femke Brenninkmeijer, CEO of the NPRC.

Initially, the technical and economic feasibility of the project will be examined. The technical design of the hull will also be optimised, so that the ships can be used even at low water levels. Also the possibility of using green hydrogen from Covestro’s own chlorine electrolysis to fuel the barges will be investigated.

The cross-border RH2INE project aims, with other partners in the consortium, to have several hydrogen-powered ships in service between Rotterdam and Cologne. The long-term aim is to create a climate-neutral “Rhine-Alps” transport corridor.

In addition to the Ministry of Economic Affairs of North Rhine-Westphalia and the Dutch provinces of South Holland and Gelderland, the ports of Duisburg, Neuss/Düsseldorf, Cologne and Rotterdam, as well as a number of logistics and industrial companies, are among the parties actively involved.

With 135 members, NPRC generates an annual turnover of 90 million euros. Some 200 ships are in service for NPRC every day, transporting 12 million tonnes of bulk, containers and general cargo on Europe’s inland waterways. This makes NPRC the largest Dutch inland waterway transport operator and the third largest in Europe.