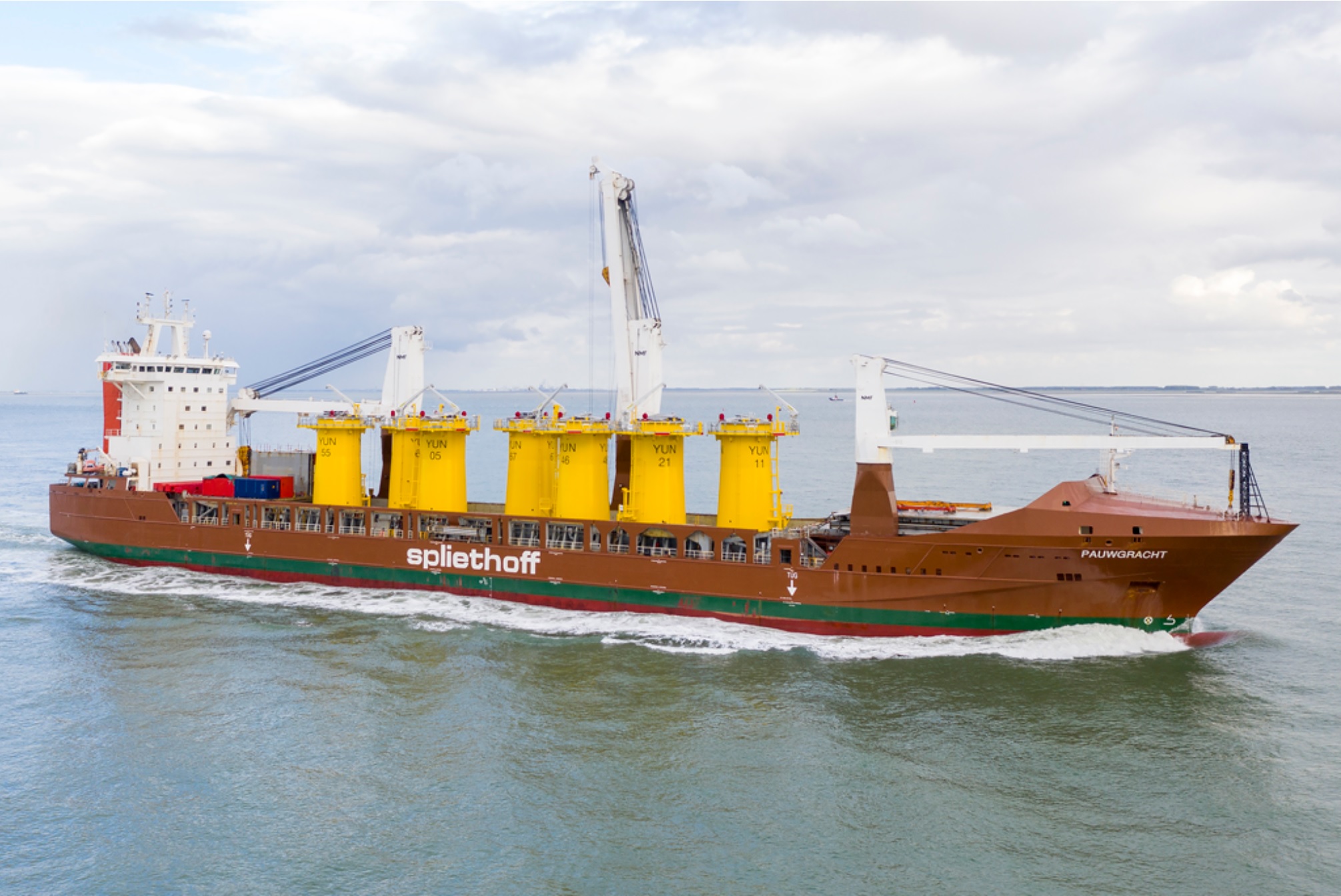 Dutch breakbulk and project carrier Spliethoff is experimenting with a new bulbous design to improve the efficiency of its recently acquired fleet of P-Type heavy-lift vessels. The “nose job” is intended to optimise fuel consumption for lower draughts.

Spliethoff has added ten P-Type vessels to its fleet over the past two years. Seven with a maximum lift of 1400 tonnes, another three capable of lifting 800 tonnes and all about ten years of age. The majority of the vessels joined the company’s fleet following the bankruptcy of Hansa Heavy Lift in 2019. The others were gained in separate acquisitions, with the latest transaction being announced in December last year.

The Dutch shipping company plans to mainly operate the vessels as project carriers and not as general cargo vessels, as which they were designed. ‘With our operational profile differing significantly from the one used for the original design, a study of the large bulbous bow was undertaken to improve the operational performance and environmental impact,’ Spliethoff states.

The bulbous bow is the protruding part of the bow just below the waterline. It is designed to lower the vessel’s resistance, but this will only happen when the vessels sail at the speed and draught range for which it was designed.

‘Our average draught was much lower than the design draught as we mainly operate the vessels as project carriers, which do not require maximum deadweight. We also intend to operate the vessels at a lower speed than the design speed, as this is very effective in reducing the environmental impact and improves operational efficiency,’ Spliethoff says. 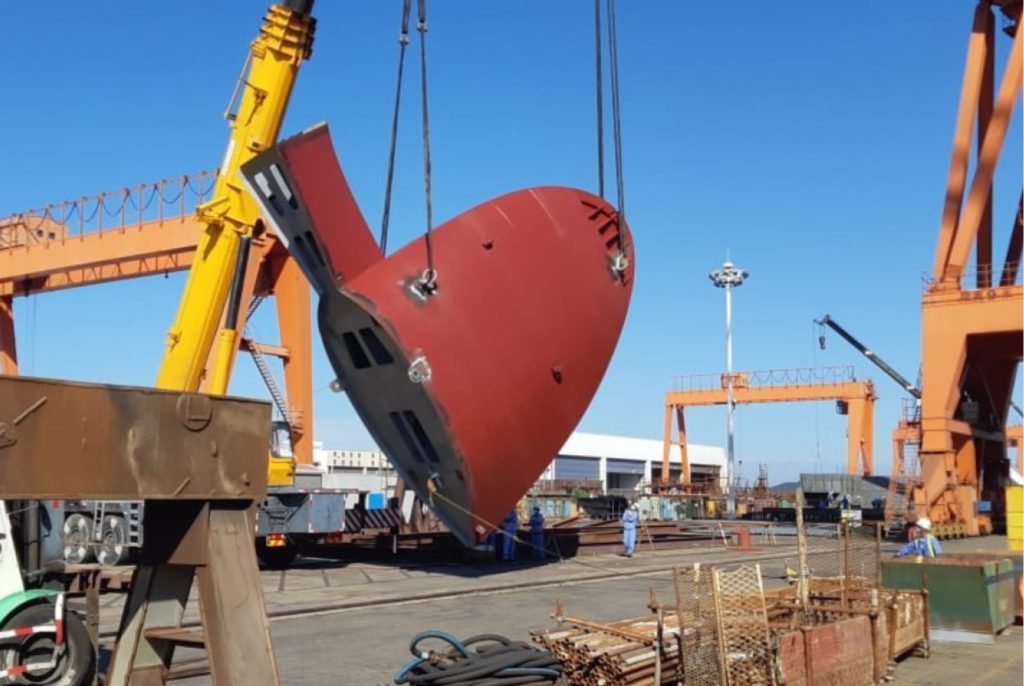 To better understand the differences, Spliethoff partnered with HSVA in Hamburg, which performed a variety of operational profile model tests. ‘By changing the draught, trim and speed we obtained insights into the waves generated by the bulbous bow and the impact these had on the resistance of the vessel,’ Spliethoff explains.

With the obtained knowledge, the company approached the maritime research institute MARIN to design a new bulbous bow for the company’s intended operational profile. With its worldwide operation, Spliethoff wanted this design to optimise the performance both in calm water and in (head) waves.

MARIN studied and optimised three different bulbous bow shapes and looked at how they would perform, taking ten years of global weather statistics into account. The bulbous bow with the best overall performance was significantly flatter than the bulbous bow designed for calm water, Spliethoff says.

Following validation of the results by HSVA, Spliethoff contracted a Chinese shipyard to prefabricate the bow’s three subsections. The P14-type vessel Pauwgracht, formerly known as the HHL Richards Bay and Beluga Passion, was the first vessel to receive the nose job.

Spliethoff will first monitor the performance of the Pauwgracht’s new bulbous bow before giving its other P-type vessels a nose job as well. ‘However, the first results look promising,’ the company says. 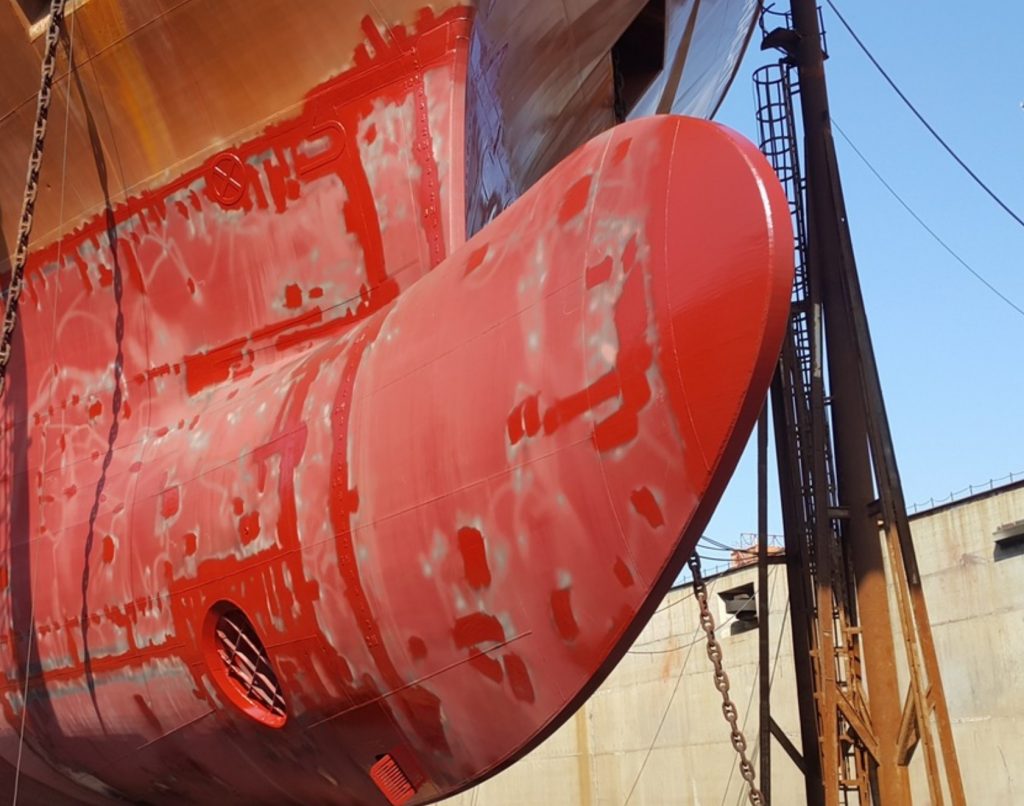 The new nose of the Pauwgracht (photo: Spliethoff).