‘External teams working on board ships need to be supervised’ 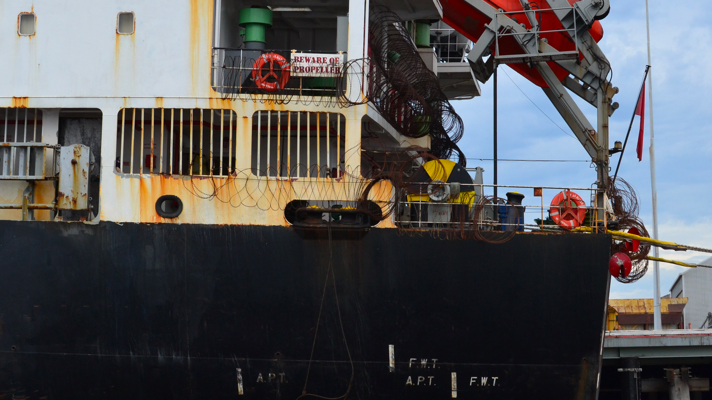 External teams working on board should be supervised by experienced crew to prevent potential unsafe acts. The Nautical Institute issues this warning in a recent Mars Report in which a member of a security team fell overboard while placing razor wire.

A vessel was making for an area subject to piracy, and a security team had come on board and were installing razor wire at vulnerable areas on the ship. While underway, the bridge was informed via VHF radio that a member of the security team had fallen overboard.

The master initiated recovery procedures and within thirty minutes the man overboard (MOB) was safely recovered. The victim was in good condition having suffered only minor injuries.

The company investigation found that in an attempt to place the razor wire outside the rails, the MOB victim had extended his body over the rails, lost his balance and fallen into the sea. The security team members were working alone without supervision from any of the vessel’s crew.

This accident was covered in the Mars Reports, originally published as Mars 202069, that are part of Report Number 338. A selection of this Report has also been published in SWZ|Maritime’s January 2021 issue. The Nautical Institute compiles these reports to help prevent maritime accidents. That is why they are also published on SWZ|Maritime’s website.