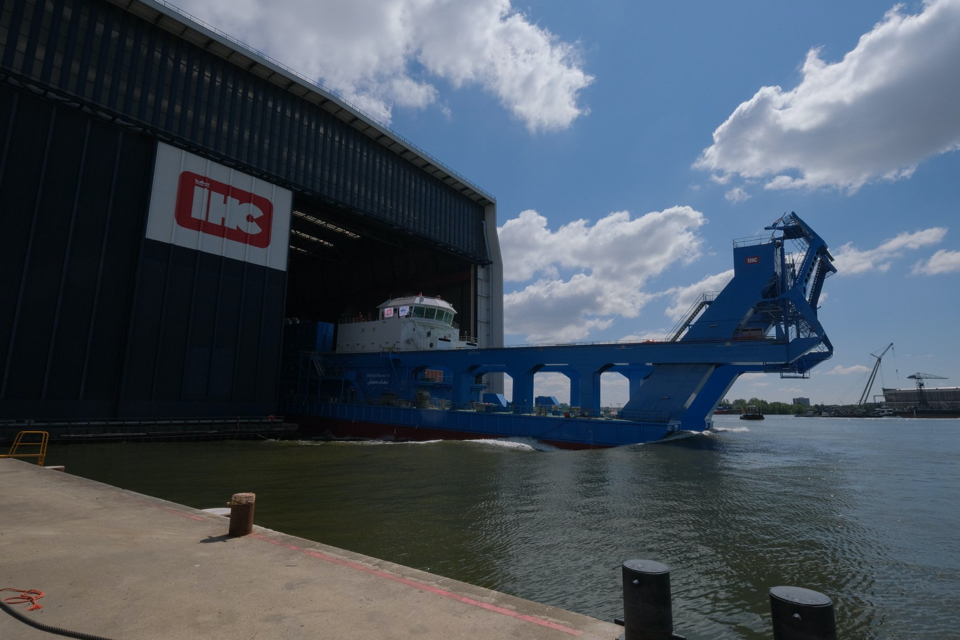 Watch the new heavy-duty rock cutter suction dredger (CSD) Mohab Mameesh undergoing its sea trials in a new video released by Royal IHC. During the trials, which took place near the Dutch coast in the North Sea, multiple installations have successfully been tested.

The dredger is being built for the Suez Canal Authority (SCA) and will be used to maintain and improve the Suez Canal, which connects the Mediterranean and Red seas.

The 29,190-kilowatt (kW) heavy-duty rock cutter suction dredger (CSD) has been specifically designed in close cooperation with the SCA. The vessel, characterised by its long slender shape and high spud towers, has an overall length of 147.4 metres and provides a maximum dredging depth of 35 metres. Equipped with one submerged – and two inboard – dredge pumps, the installed cutter power will be 4800 kW.

Royal IHC will now go into the final phase of the building process at its yard in Krimpen aan den IJssel, the Netherlands. After finalising the vessel and preparing it for transport to Egypt, the Mohab Mameesh will be delivered to SCA.