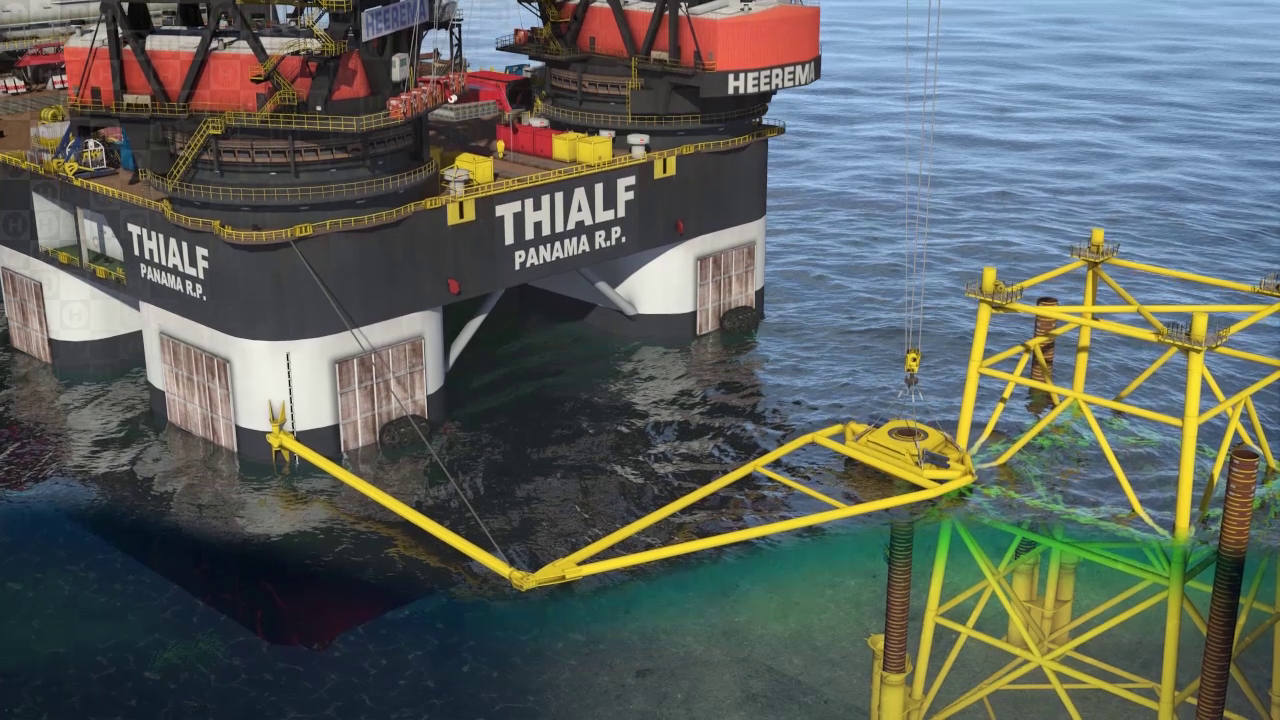 Heerema has been working on developing “silent foundations” that can be installed without loud hammering, which can be harmful to marine life and requires noise mitigation systems that produce a considerable CO2 footprint. DNV GL has now awarded a Statement of Feasibility to the concepts under development.

The pile foundations for offshore structures being investigated are helical or screw piles and so-called push-in piles.

The helical pile suits foundations that require shallow penetration in the seabed. The pile has a helical blade at its tip rotated during installation to allow the pile to penetrate the soil. This concept includes a moment arm that will connect to one of Heerema’s vessels to provide the required reaction force. Also, this pile is prepared for the future as by reversing the process, we can use it for removing foundations allowing low-cost decommissioning and full recycling or re-use of piles.

The push-in pile design replaces a traditional single open tubular pile with a cluster of four smaller diameter open tubular piles. This design can eliminate noise pollution as it requires no pile-driving or hammering – instead, after some strokes, each of the piles is pushed into the soil with two or three providing the uplift resistance required to push in the fourth. This concept might sound complicated, but it uses a similar principle to onshore installations of sheet pile walls.

Despite the challenges in 2020, the research into these concepts could continue with the University of Dundee’s support, who executed an extensive testing and modelling programme. As part of a technology qualification process, the results were extensively discussed with DNV GL, and several workshops were conducted to review the foundation concepts and the development results.

The Statements of Feasibility are the first formal step towards qualifying these technologies for actual use in offshore structures.