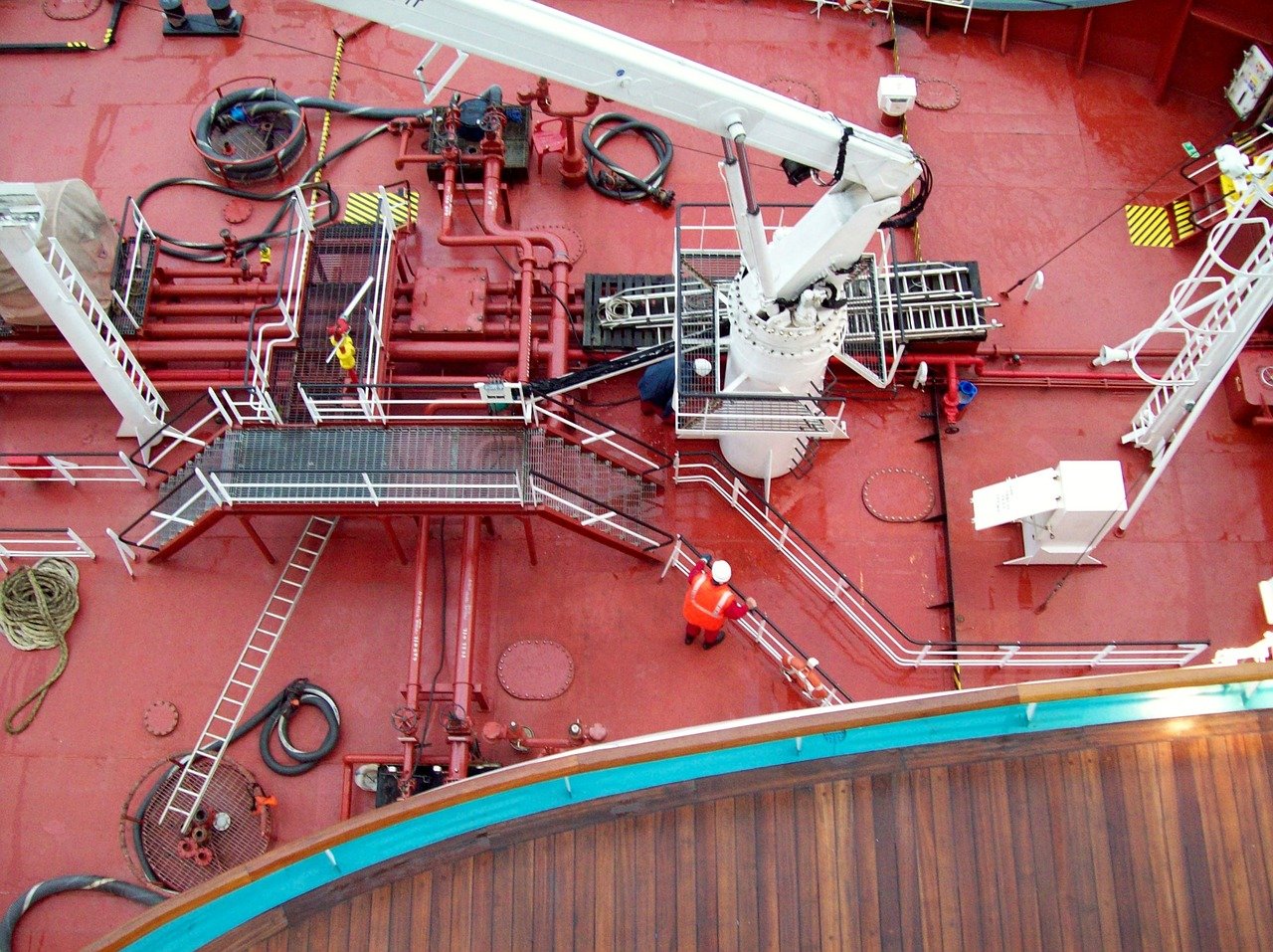 Sometimes, safety equipment itself can be a hazard, argues The Nautical Institute after a crew member suffered an injury on board a cargo vessel. In this case, open half-links were used to support the safety chain on the stanchions, but these became a snag hazard.

On a tanker, two deck crew were given the job of re-adjusting the cargo hose. One crew was operating the hose handling crane while the other, standing on the covered cargo manifold drip tray, was guiding the suspended hose. A safety chain had been removed in order to allow the cargo hose and supports to pass through.

While adjusting the suspended cargo hose, the belt sling shifted and the crewmember tried to hold the belt in place. He was standing near the edge of the cargo manifold drip tray, and his actions caused him to lose balance. The safety chain was not in place, so to avoid falling he tried to hold on to the closest stanchion and then leaped down to the main deck about 1.2 metres below. In doing so, his right-hand middle finger got stuck in the open half link that served as a support for the safety chain. He suffered a deep cut and was given first aid and sent for shore medical assistance. The victim was repatriated for further treatment as per shore medical advice.

This accident was covered in the Mars Reports, originally published as Mars 202066, that are part of Report Number 338. A selection of this Report has also been published in SWZ|Maritime’s January 2021 issue. The Nautical Institute compiles these reports to help prevent maritime accidents. That is why they are also published on SWZ|Maritime’s website.