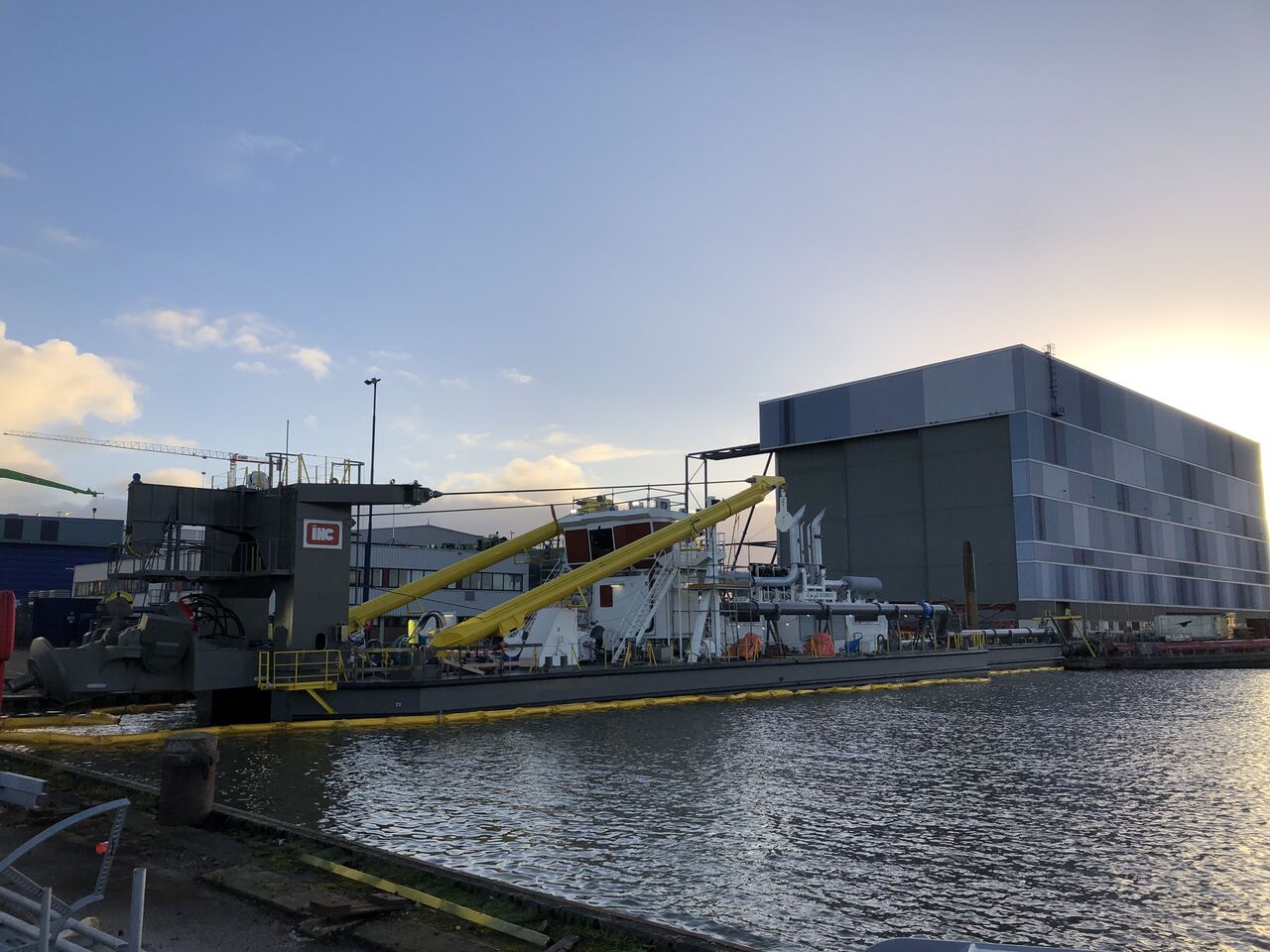 Royal IHC has been testing the performance of the dredge pump of the cutter suction dredger Alyarmouk the company is building for Arab Potash Company (APC) based in Jordan. This will be followed by commissioning the automatic dredging installation over the next few weeks.

Once these tests are completed, the vessel will be lifted out of the water and prepared for transport to Jordan.

The custom-built 3557-kW cutter suction dredger (CSD) is a further developed copy of the dredger Jarash, which the shipbuilder delivered to Arab Potash Company in 2018.

The Alyarmouk is the last of three contracts signed between Arab Potash Company (APC) and IHC earlier this year.

The first was for an IHC Beaver 65, a 2819-kW dismountable CSD that was modified in order to work efficiently in the Dead Sea. The second contract was a three-year maintenance deal for the IHC dredgers Jarash and Mutah, with the purpose of achieving and maintaining an agreed level of uptime. APC will use the Alyarmouk at its site in Jordan, where it will cut and remove crystallised salt under harsh conditions.