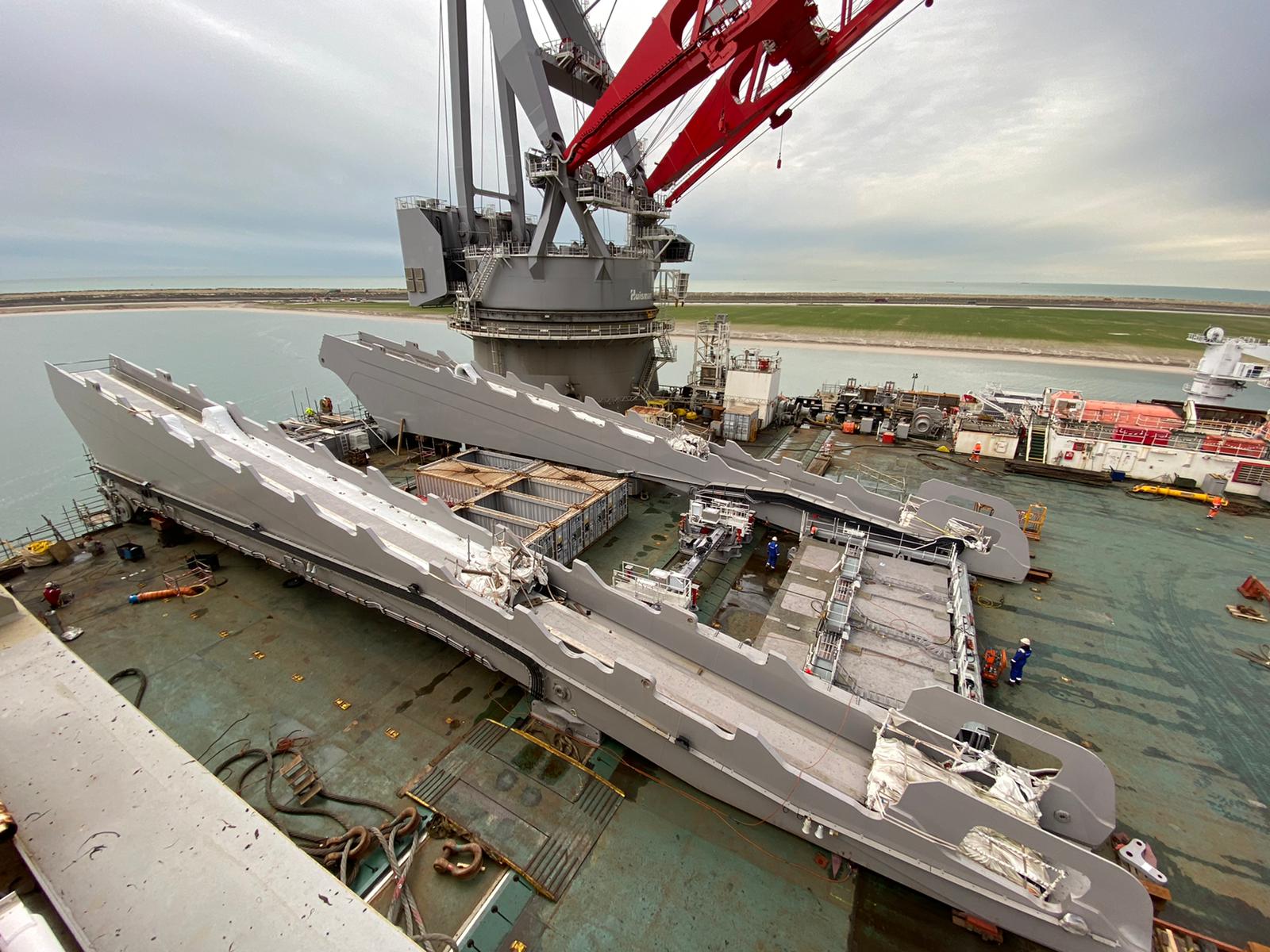 After eighteen months of production at sites around the globe, the unique jacket lift system is beginning to take shape on board the world’s largest ship, the Pioneering Spirit. Assembly is in full flow, with key components arriving daily, including the “Upend System” that raises the two 170-metre long main beams into the jacket lift position.

The jacket lift system will be capable of removing and installing jackets weighing up to 20,000 tonnes in a single lift. Production of the system is being done by 200-plus subcontractors that are now finalising their scopes. According to the spokesman of the ship’s owner, Allseas, so far, substantial parts of the jacket lift system have been realised and delivered by three companies in particular:

The Pioneering Spirit’s first assignment that requires the new jacket lift system is planned for the summer of 2022. The system will be ready in time for that. Originally, the system was to be operational in the first half of 2021, but the corona crisis and low oil price led to the company delaying the project by nine months. However, in 2020, the ship was upgraded with a new 5000-tonne crane.

How the jacket lift system works

How do you lift complete offshore steel jackets – equal in weight to two Eiffel Towers – off the seafloor? Conventionally, these structures need to be cut into small sections suitable for lighter crane lifts. However, Allseas’ Pioneering Spirit will be able to remove and install jackets weighing up to 20,000 tonnes in a single lift.

How does it work? Put simply, jackets are lifted over the stern of the vessel. After foundation piles are cut near the seabed, hoisting blocks are lowered from two towering main beams and connected to hooks on the top of the jacket. The jacket is then pulled out of the water, aligned with the beams and tilted horizontally. For installations, the operation is reversed. Also see the video below.