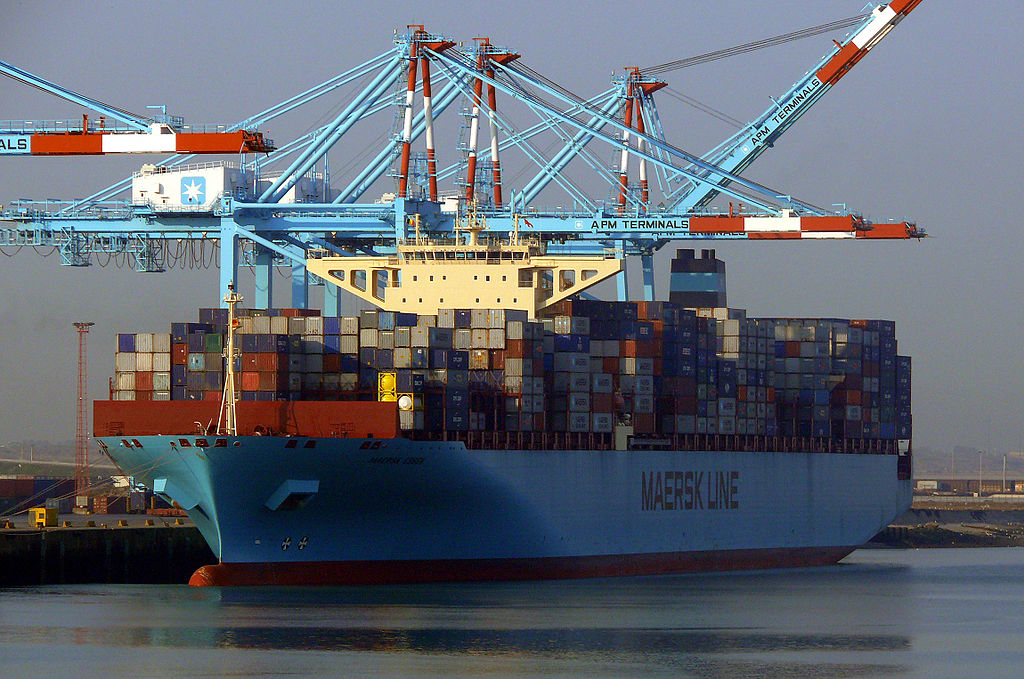 Once again a large container ship has lost a large number of containers in heavy weather. This time it was the Maersk Essen, which lost some 750 containers in the middle of the North Pacific.

Maersk confirmed the incident after four days, but provided few details. According to the Maritime Executive, the incident probably took place about 1000 kilometres northeast of the US Midway, the famous atoll that lies almost exactly halfway between the US west coast and the Asian east coast.

The 13,100-TEU Danish-flagged ship had left Xiamen, China, on 26 December and was heading for Los Angeles. It is sailing on Maersk’s TP6 route between East Asia and North America. Maersk refers to heavy weather, but gives no information about the wind force and wave height.

In a statement, the Danish shipping company says it considers the container loss ‘a very serious situation that will be immediately and thoroughly investigated’. The group also says it has informed all relevant authorities, including the US Coast Guard and the Danish Shipping Inspectorate.

This series of events contradicts a report by the World Shipping Council from last summer. The report states that the number of lost containers has fallen sharply in recent years and that they represent a tiny percentage of the total number of containers carried. According to the interest group, in the last three years, an average of only 800 containers has been lost overboard each year.