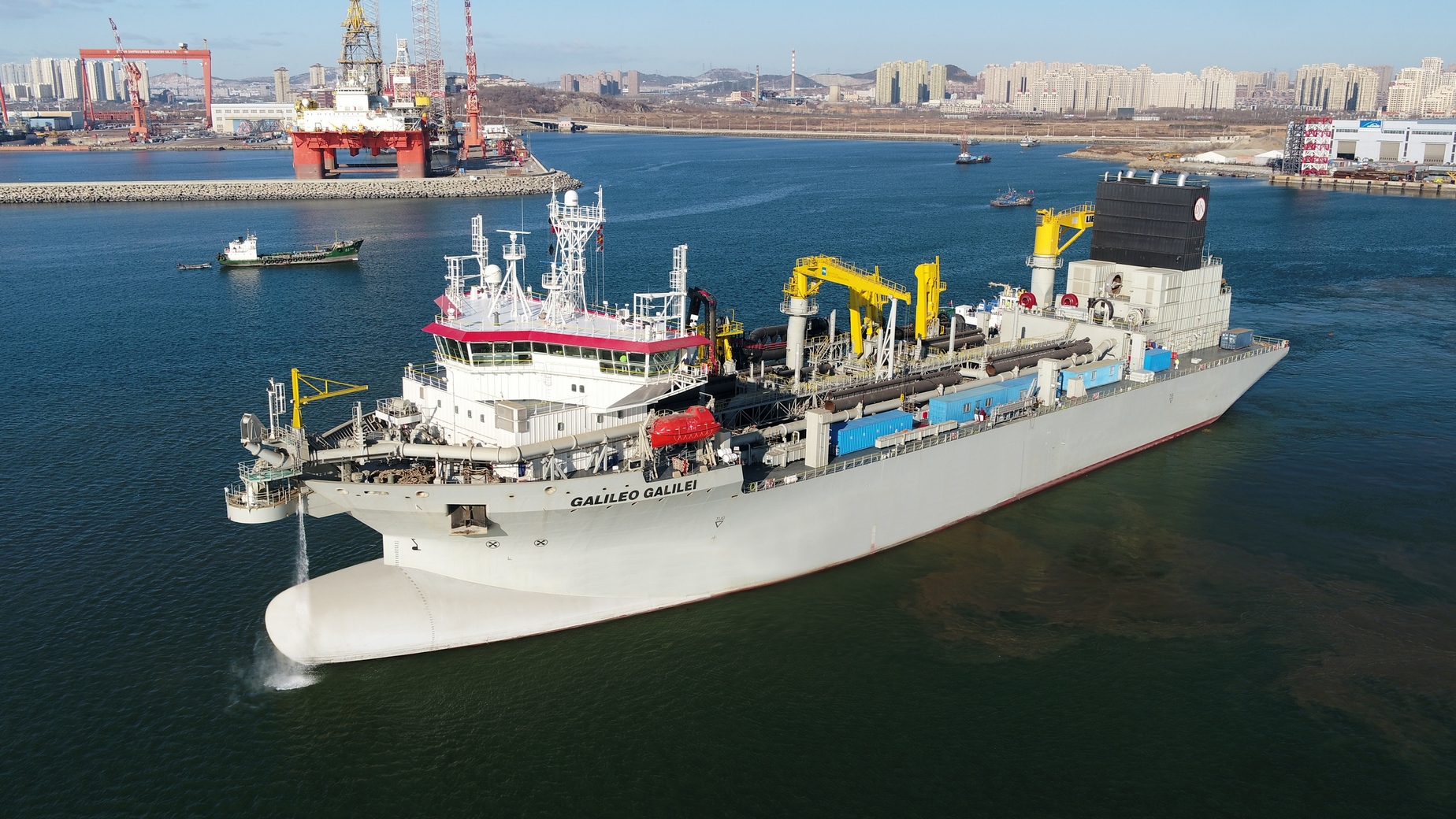 The Willem van Rubroeck has a total installed power of 40,975 kW, three dredging pumps of 8500 kW each, a cutter capacity of 8500 kW and an operational working depth up to 45 metres. The dredger is built to dredge in very hard rocky soil. And thanks to its size, the vessel can cope with more difficult conditions, such as higher waves and more challenging weather conditions, according to Jan De Nul. The Willem van Rubroeck left the shipyard Remontowa in Poland last week. The coming weeks, the vessel will be moored along the quay of Jan De Nul’s logistics hub in Zelzate, Port of Ghent, and prepared for her first assignment.

The trailing suction hopper dredger Galileo Galilei has a hopper capacity of 18,000 m³ and joins the medium-sized hopper dredgers of Jan De Nul Group. A special feature of this vessel and unique in Jan De Nul’s hopper fleet is that it has two separated hoppers on board. This allows the dredged material to be spread evenly over both hoppers, thus optimally controlling the load and the draught.