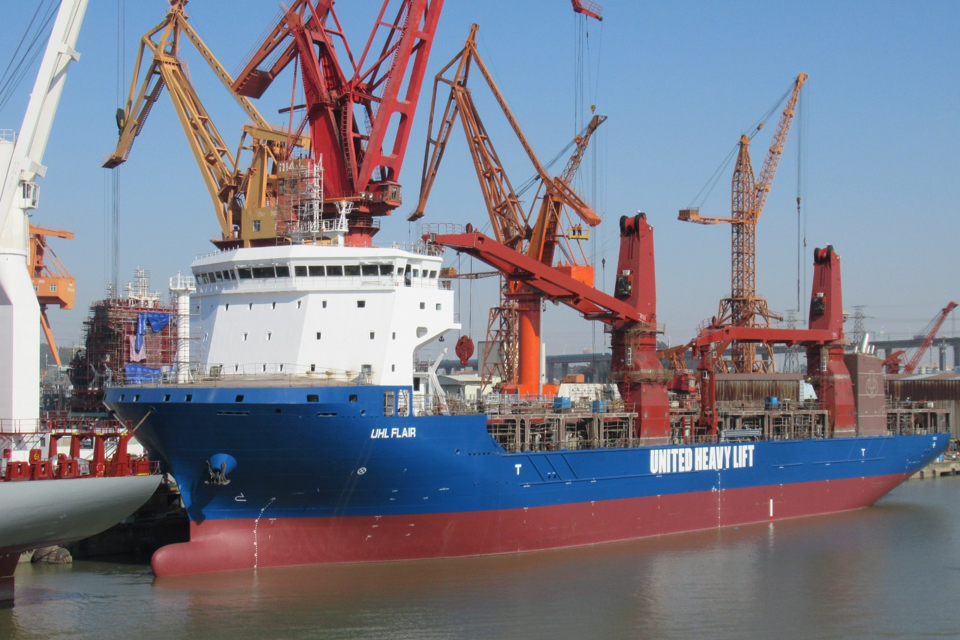 United Heavy Lift has taken delivery of the first of eight newly built F900 heavy-lift vessels, the MV UHL Faith. With the investment, the German project carrier wants to contribute to eco-friendly shipping and further expand its presence in the US market.

The vessel was delivered to the company on January 18th and will soon start its maiden voyage to Europe, where it is expected to arrive next month. The UHL Faith is the first in a series of eight, with another five being planned for delivery this year and two vessels planned for early 2022.

The F900 Ecolift class is designed to be fuel-efficient and is equipped with the latest green technology to further reduce emissions. The 14,100-DWT vessels will be able to lift up to 900 tonnes in tandem crane operation and have adjustable tween-decks and specially shaped cargo holds to accommodate a wide range of project cargo.

‘The carbon footprint of the F900 class is thirty to fifty per cent lower compared to the existing heavy-lift fleet in the market,’ says managing director Lars Bonnesen of UHL.

UHL has been actively expanding in 2019 and 2020, acquiring new ships, starting partnerships with Ocean 7 Projects and Marguisa Shipping, as well as opening a new office in Houston to increase its US business.

The company had initially planned to grow in the US by partnering with Intermarine but that agreement ended prematurely following the takeover of Intermarine by SAL Heavy Lift. As a result, UHL opened its own office in Houston which is headed by Rene Pedersen, who joined the company from Intermarine.

In a recent interview with Project Cargo Journal, Pedersen said that at least some of the new building will be dedicated to serving the company’s US customers.

The commercial and operations teams have also been strengthened with the employment of experienced personnel from the shipping industry. Through the engineering arm of the group, United Engineering Solutions, UHL has access to a team of over fifty naval architects, marine engineers, and port captains to provide a range of technical transport solutions to its clients.

When all new buildings are delivered, UHL will own seventeen F900 heavy lift vessels. The other nine vessels were obtained following Zeamarine’s bankruptcy last year and are still very young as well, with the majority of the vessels delivered in 2019.

The new vessels are being built by China State Shipbuilding Corporation and leased to UHL on a fourteen-year charter contract. ‘We would like to thank CSSC Leasing for their great support in securing the F900 vessels,’ says UHL’s founder Lars Rolner. He adds that with these vessels, UHL is ‘well prepared for the next big step on our company’s exciting journey.’