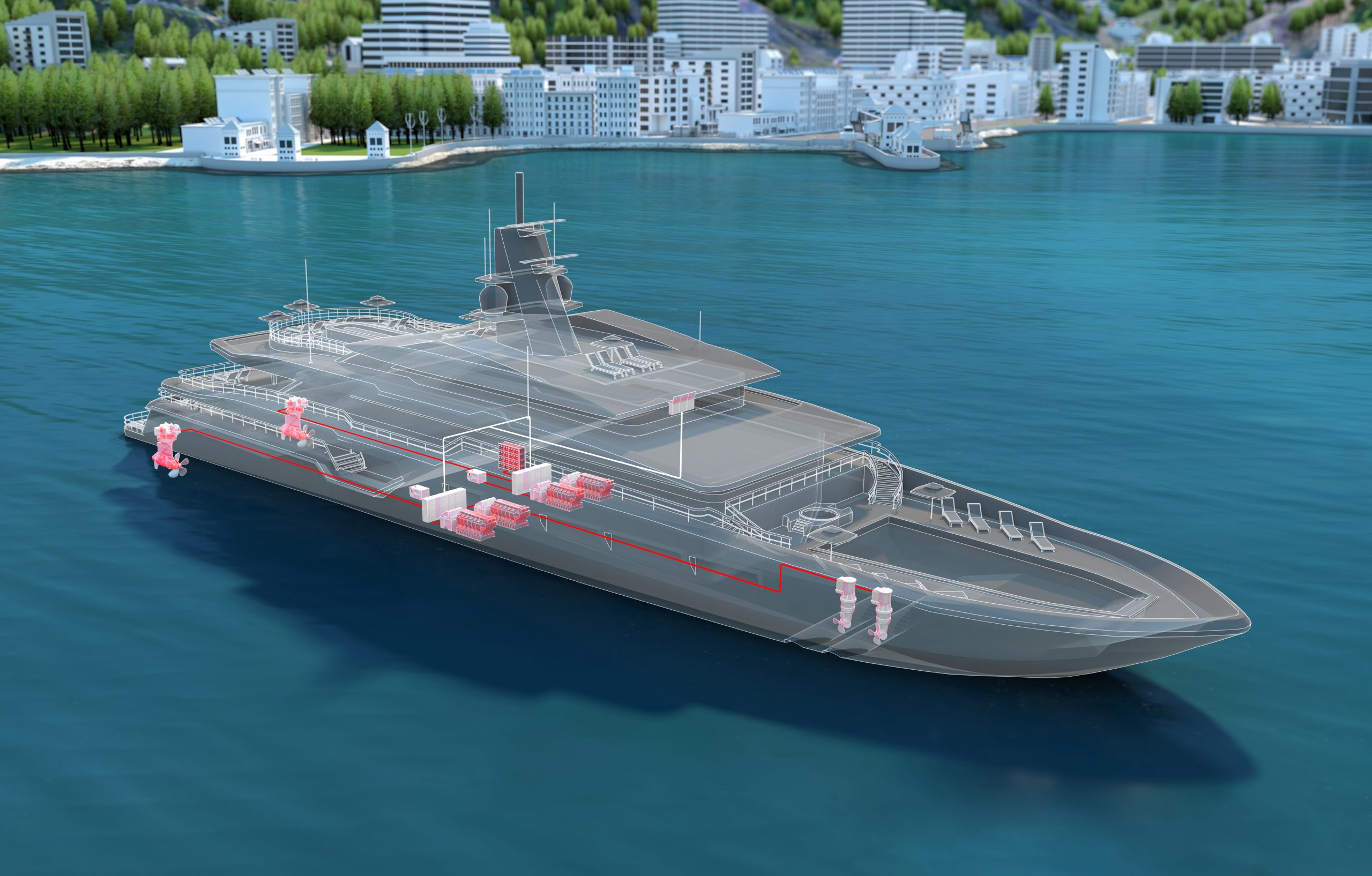 For the first time, ABB will supply its Azipod system to a superyacht. The order for two 2.5-MW Azipod units, together with propulsion drives and controls, was placed by Dutch luxury yacht builder Oceanco. The system offers superior fuel efficiency and manoeuvrability over conventional setups.

According to ABB, the contract paves the way for broader cooperation on sustainable electric propulsion in the superyacht market, which is expected to exceed USD 10 billion by 2025.

So far, the Azipod system has been used across a broad variety of vessel types from cruise ships to tankers and ferries. The scalability of Azipod propulsion means that it is equally well-suited to the environmentally conscious superyacht sector, a market where owners also place special value on the highest comfort standards brought by lower noise and vibrations.

Azipod technology is based on a steerable propulsion system whose electric drive is contained in a submerged pod outside the ship’s hull rotating through 360 degrees. Launched three decades ago, Azipod propulsion has become an industry benchmark for environmentally-friendly vessel technology, with its proven ability to cut fuel consumption by up to twenty per cent compared to traditional shaftline propulsion systems.

Potential for integration of power and propulsion systems

‘With Oceanco’s ultimate goal of zero impact on the environment, we are delighted to collaborate with ABB Marine & Ports, whose leading-edge technologies are known for delivering the sustainability benefits increasingly sought by superyacht owners,’ says Remco Jurgens, Naval Architect, Oceanco. The two companies are assessing the potential for the integration of complete power and propulsion systems in future projects, he added.

Thomas Hackman, Market Development Manager, Superyachts, ABB Marine & Ports, adds: ‘We are very pleased to have closed this first deal with Oceanco, and we look forward to collaborating in the future. Our two companies share an ethos of sustainable business development that provides a strong foundation for our relationship.’

Picture: Concept illustration of the propulsion system on board a superyacht (by ABB).