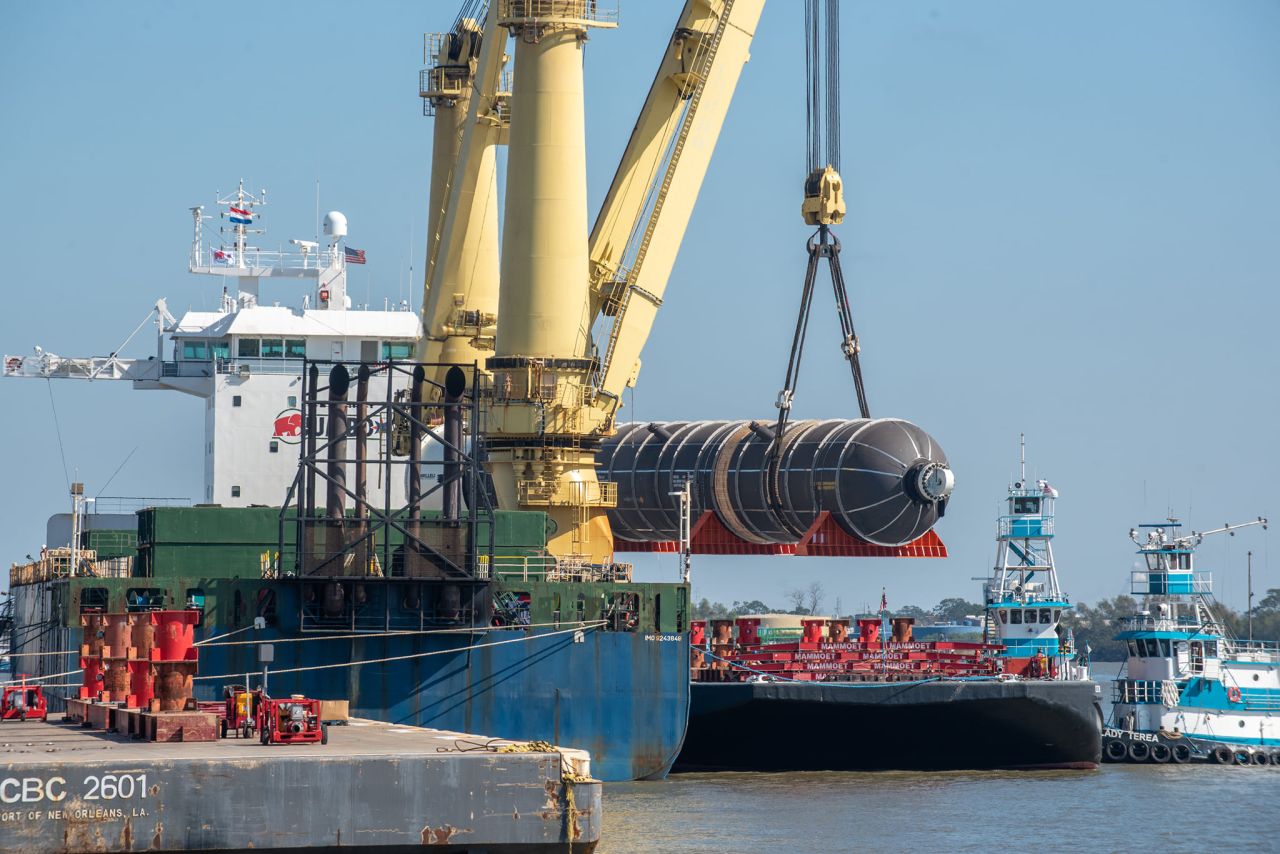 Jumbo’s heavy-lift vessel Fairpartner has set a new lift record in the port of New Orleans while unloading two hydrocracking reactors for an oil major. The reactors weighed 1467 and 1508 tonnes, making them the heaviest pieces offloaded in the port thus far.

In addition to the two hydrocracking reactors, the Fairplayer also delivered a 230-tonne high-pressure separator. All components were loaded in Italy, in the ports of Ortona and Porto Marghera, and shipped to the US.

It’s the second record for the Fairplayer in a short period of time. Before executing this transport, the heavy-lift vessel was used to install a 14-point FPSO mooring system in the East Mediterranean Sea at a depth of 1760 metres, the largest water depth Jumbo has ever reached.

This project was carried out for TechnipFMC for the Energean Power FPSO project. Jumbo’s scope of work included the transport and installation of fourteen suction piles, a tie-in manifold and a 24-inch deepwater gas sales spool. The suction piles weighed 176 tonnes each, with one being a little heavier coming in at 235 tonnes.