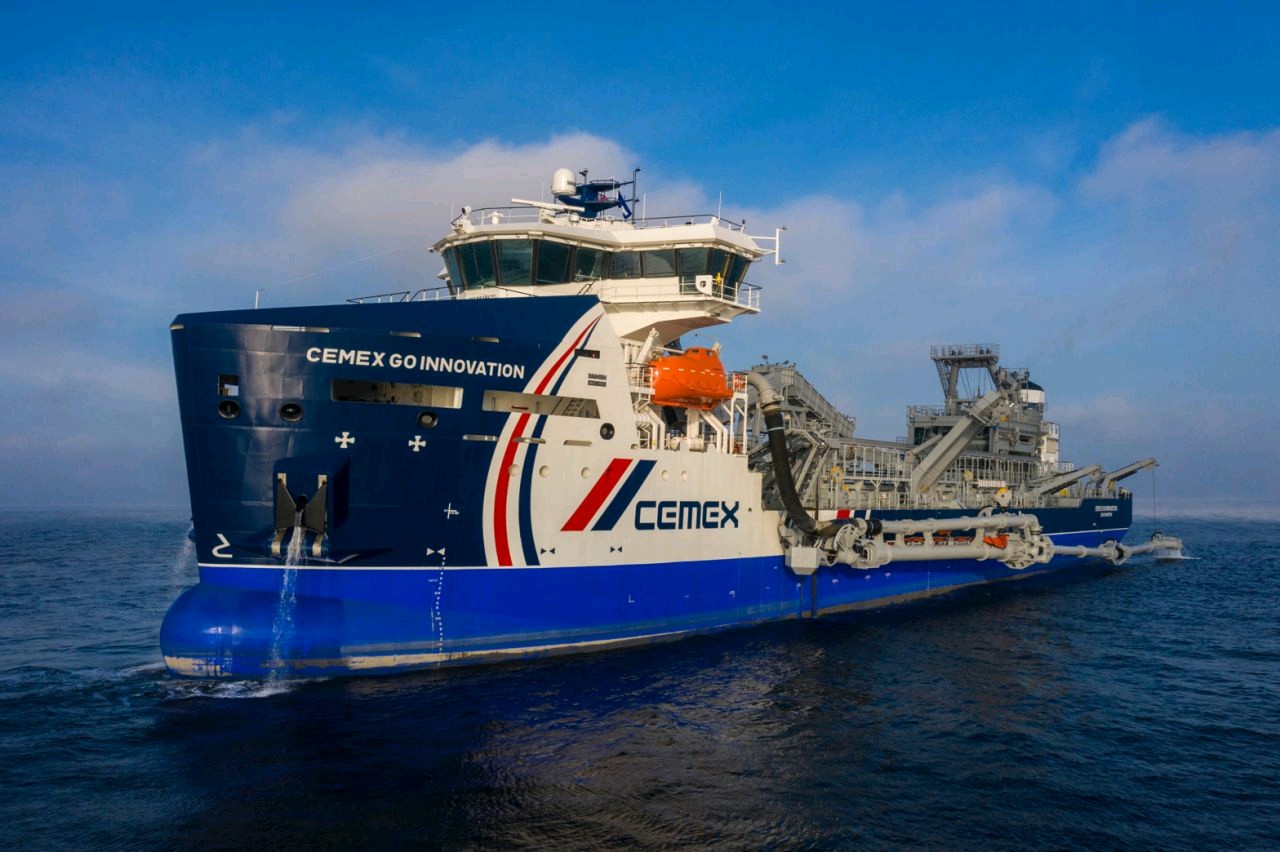 After Damen Shipyards Galati already delivered the Cemex Go Innovation to Cemex UK Marine on 15 December, the vessel has now arrived at Damen Ship Repair Amsterdam to dot the i’s and cross the t’s. The ship, which is Damen’s first Marine Aggregate Dredger (MAD) 3500 will then head to Southampton to start work.

The MAD 3500 was ordered on 19 December 2017, after which the keel was laid in Mangalia on 11 October 2018. The Cemex Go Innovation floated out on 1 August 2019 and was then transferred to Galati for completion. Trial runs were made on the Black Sea in November.

On 22 December, the dredger left Constanta for Amsterdam, where it arrived at Damen Ship Repair on 7 January. It is the first dredger of the MAD 3500 type.

Cemex UK Marine, based in Southampton, will use the ship to dredge sand and gravel in the North Sea to a water depth of 55 metres. The ship was built under Lloyd’s Register class.