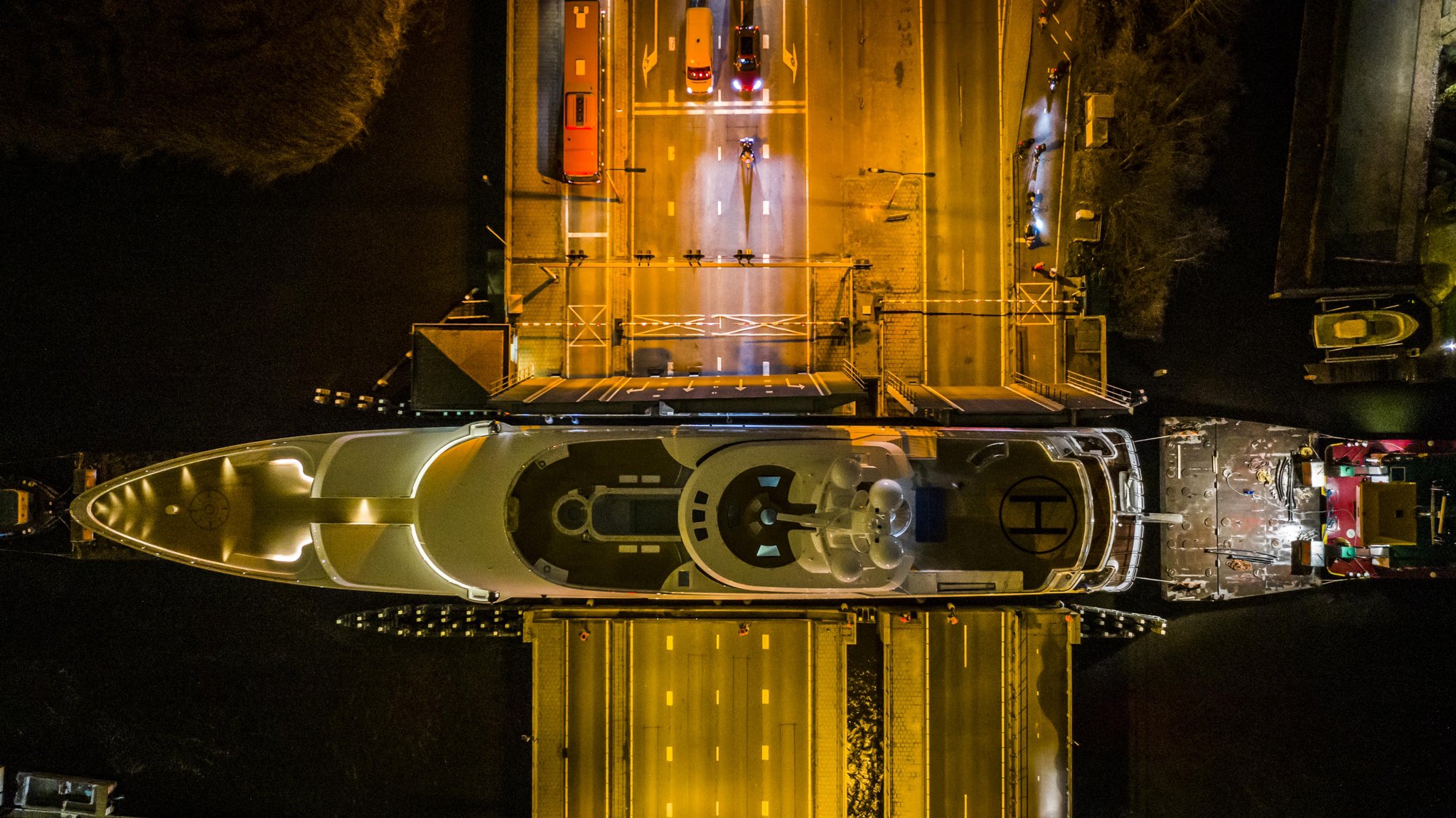 At 4:30 on Tuesday morning 5 January, the 77-metre Project 707 left the Feadship facility in Aalsmeer on its way to sea trials. The route to the sea holds some tight fits as the pictures show. Delivery is to take place this year.

Not much has been revealed about this yacht. The launch of Project 707 took place at shipyard Slob in Papendrecht in December 2019. After this it was transported to the Feadship facility in Aalsmeer in December 2019 for outfitting (see videos of this transport below). The yacht was launched a second time in October. The yacht is believed to have been designed by De Voogt Naval Architects and has a steel hull and aluminium superstructure.

At 4:30 this morning the 77-metre #Project707 left the #Feadship facility in Aalsmeer on her way to sea trials. She will definitely make some heads turn as the moves through the quaint Dutch landscape. Stay tuned for more pics of this amazing new build project! pic.twitter.com/8RwufGw5NK