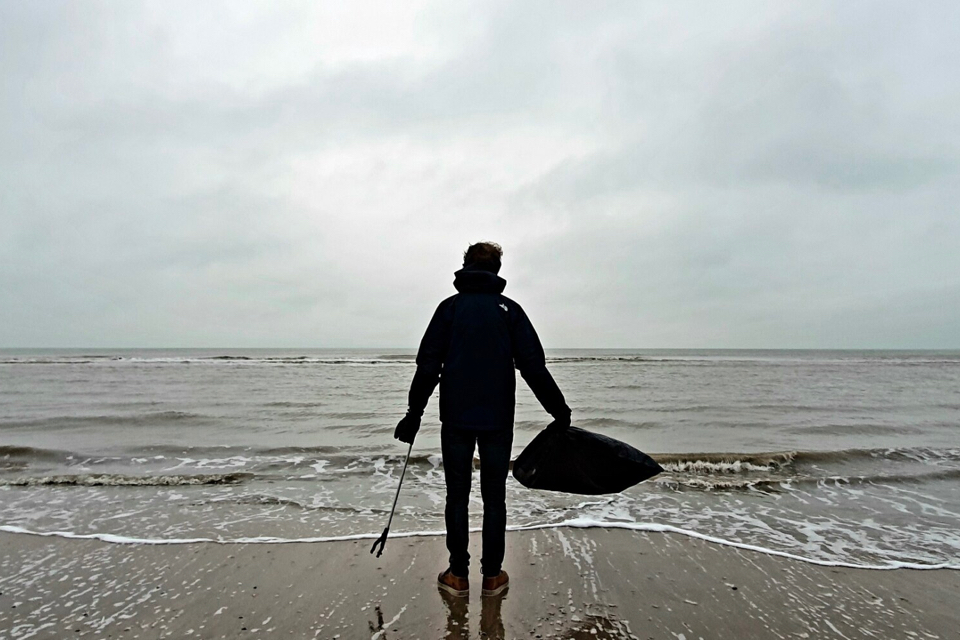 Two years after container ship MSC Zoe lost 342 containers, a quarter of this cargo remains in the North Sea. This needs to be cleaned up as quickly as possible, says Ewout van Galen of the North Sea Foundation. ‘The waste you cannot see is harmful as well.’

In the night of 1 to 2 January 2019, 3.2 million kilos of waste ended up in both the North Sea and the Wadden Sea after the MSC Zoe lost containers in heavy weather. So far, 2.4 million kilos of lost cargo from this accident has been cleaned up.

To draw attention to the 800,000 kilos of rubbish from the containers still floating around, the North Sea Foundation (Stichting De Noordzee) presented the photo “Would you help if you could” (see above). It shows a man with a rubbish grab and a rubbish bag by the surf, staring across the North Sea. The photo symbolises that in November 2019 the government stopped cleaning up the waste, which was washed ashore on the Wadden Islands, among other places.

‘We are pleased with the effort that has been made and the 2.4 million kilos of waste that has been removed from the sea,’ says Van Galen. ‘But it can’t be that only the waste that happens to be washed ashore or ends up in a fishing net is now being disposed of. The latter even leads to dangerous situations. And plastic waste does not perish, so this problem does not disappear by itself.’