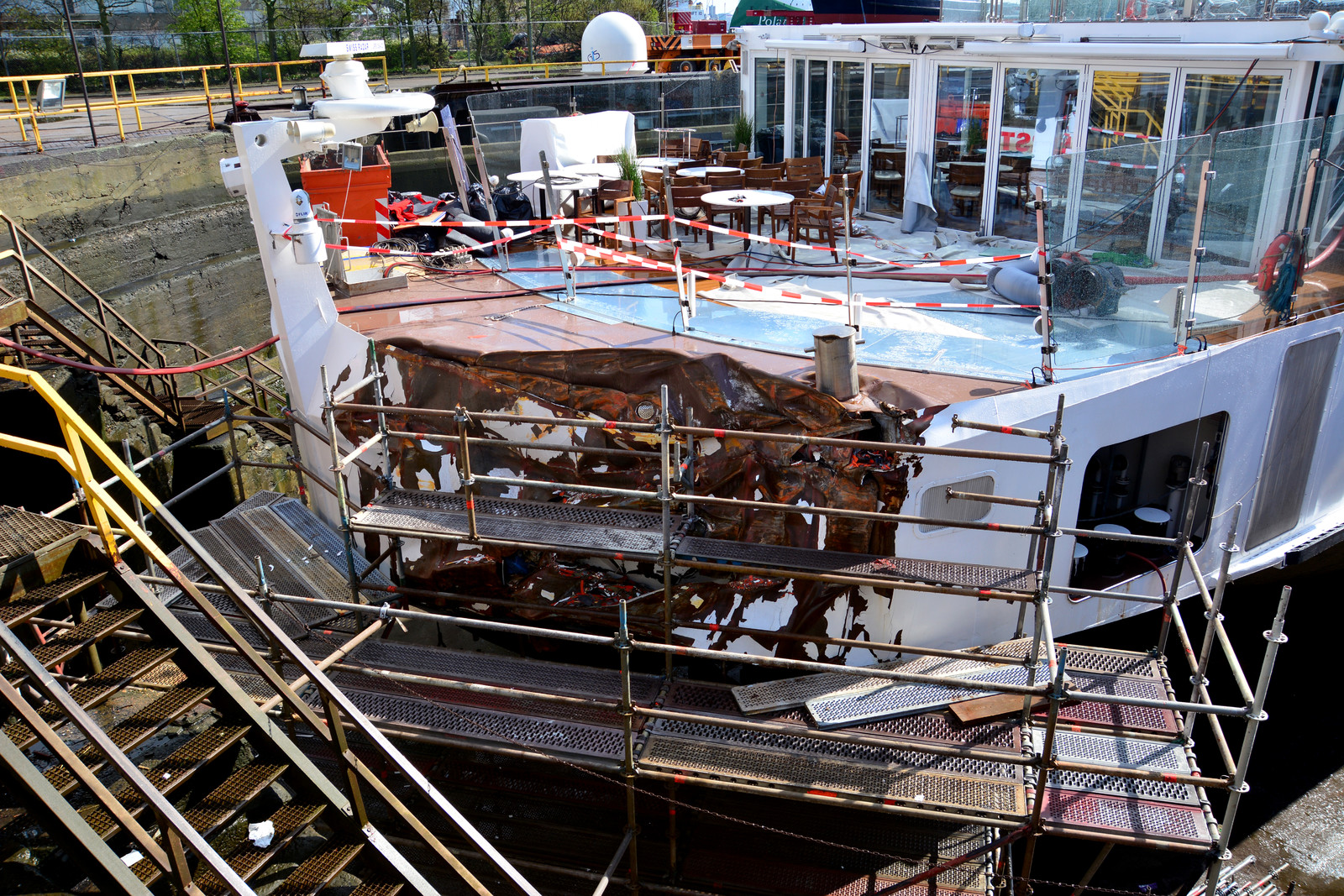 The growing popularity of river cruises in the Netherlands demands additional emphasis on safety. The Dutch Safety Board states this in its report published on 17 December on the collision between the Swiss river cruise ship Viking Idun and a Maltese chemical tanker.

This accident happened on the Western Scheldt on the night of 1 April last year. The Dutch Safety Board concludes that the crew members of the Viking Idun were qualified, but not sufficiently competent.

The accident involving the Swiss river cruise ship and the Maltese tanker occurred after midnight. The damage to both ships was considerable. There were 137 mainly elderly passengers and 43 crew members on board the cruise ship. At the moment of the collision, the majority of passengers were sleeping in closed cabins, and a number suffered minor injuries as a result of the impact.

The chemical tanker was transporting a cargo of benzene, heptane and methanol. The collision tore a large hole in the outer skin of the tanker. The use of double-walled tanks for the storage of chemicals prevented the spillage of very toxic substances, the Board observes.

‘The crew of the Viking Idun had insufficient knowledge of the complex Westerschelde navigation zone. They also had insufficient command of the English language, as a result of which communication by VHF marine radio was poorly understood. In addition, for the passage of the Western Scheldt, the captain decided not to place those crew members with the most extensive knowledge of the navigation zone on the bridge. The decision was also taken to not call in the assistance of a pilot. The conclusion of the Safety Board is that, although the crew members were correctly authorized, they were insufficiently competent.’

The busy Westerschelde has narrow channels, shallows, a strong current and a tide. It is a waterway with risk. ‘The Safety Board concludes that despite the complexity of the area, the knowledge and competence of the crew members of inland navigation ships are not subject to any additional requirements. This differs from the situation in areas of comparable complexity, such as the Rhine. Damage to the chemical tanker.