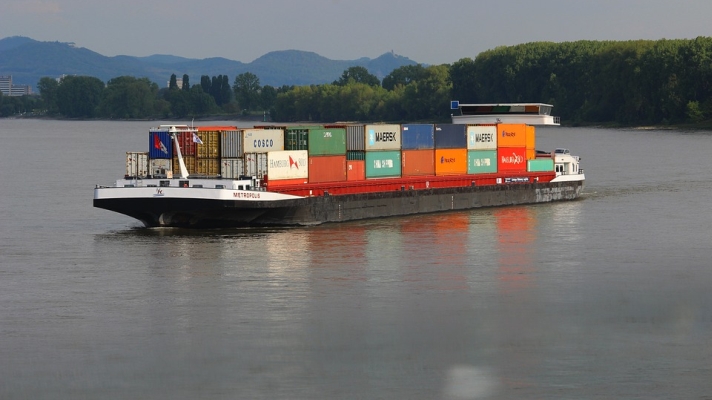 European shipping is heading towards a troublesome future. It faces ever more regulations, needs to green the fleet and has trouble finding financing. In his latest opinion piece, SWZ|Maritime’s editor-in-chief Antoon Oosting argues that the consumer will in the end pay the price of the EU’s upcoming Emissions Trading System.

In every issue of SWZ|Maritime, Oosting writes an opinion piece about the maritime industry or a particular sector within it. In the December 2020 issue, he discusses the EU’s disruptive policy to curb shipping’s emissions.

In the future, shipping will be harassed by inspections and bureaucracy of ever more regulations, not only of the International Maritime Organization (IMO), but also of the EU member states. With European banks forced to limit their credits to shipping, it becomes more and more difficult for shipowners to invest in ships. After the bankruptcy of Flinter and Abis Shipping and other renowned Dutch shipping companies under strict control of the banks, there has been only minimal newbuilding for Dutch shipping companies. Financial specialists are trying to attract money from pension funds and insurance companies in particular, but who still dares to invest when shipping, especially in Europe, comes under mounting pressure of governments and politicians?

The biggest reason for this pressure is the struggle against climate change. Shipping was left out of the Paris Agreement of 12 December 2015, to the frustration of environmental NGOs. However, the participating countries thought it better to leave it to IMO, which was already busy with measures to curb greenhouse gas emissions by implementing the EEDI, a design system that forces newly built ships to be more fuel efficient.

This Energy Efficiency Design Index became mandatory for new ships and the Ship Energy Efficiency Management Plan (SEEMP) for all ships at MEPC 62 (July 2011). This was the first legally binding climate change treaty to be adopted since the Kyoto Protocol and 4.5 years before the Paris Agreement.

This was only the beginning. In March 2018, the IMO adopted the Data Collection System (DCS). With this regulation, owners of ships bigger than 5000 GT from 1 January 2019 have to collect data on fuel oil consumption, design deadweight as cargo proxy, distance travelled and hours underway. All this is to see which ships produce more and which produce less CO2.

Yet, the European Union could not wait for the IMO and implemented its own system. By this EU MRV (Monitoring, Reporting and Verification) regulation, those same owners of ships over 5000 GT have to deliver data about fuel consumption, cargo carried, distance travelled, time at sea and in port, transport work based on actual cargo, CO2 emissions, port of departure/arrival, and separate data to be collected for berthing and voyage. This obligatory regulation was implemented a year before the IMO system on 1 January 2018.

In 2018, IMO adopted an initial strategy on the reduction of GHG emissions, setting out a vision which confirms IMO’s commitment to reducing GHG emissions from international shipping and to phasing them out as soon as possible. The initial GHG strategy envisages, in particular, a reduction in carbon intensity (to reduce CO2 emissions per transport work, as an average across international shipping, by at least forty per cent by 2030, pursuing efforts towards seventy per cent by 2050, compared to 2008); and that total annual GHG emissions from shipping should be reduced by at least fifty per cent by 2050 compared to 2008.

Since 2018, the IMO has been working hard to develop this strategy. For every measure it has to acquire the support of 147 member states (and three associate members). Representatives of shipping interest groups like the International Chamber of Shipping (ICS), shipowner’s organisation BIMCO, Intertanko (tanker owners), Intercargo (dry cargo shipowners), Interferry, the International Shipping Federation, and the International Parcel Tankers Association (IPTA) are consulted about intended measures, but have no voting right whatsoever. At meetings and conferences, they are welcome as attendees, but no more than that.

Only member states vote and decide. Then it is strange that more and more, under the influence of radical environmental campaign groups, the IMO is considered as the extension of the shipping industry.

Still, those action groups succeeded in portraying international shipping as a huge threat to the environment and as one of the most important actors in climate change and the IMO as an unwieldy institute that is delaying effective measures to save the world from extinction. Whatever the IMO is trying to develop as strategy and regulations to curb the emission of GHGs by shipping is never enough.

What shipowners, shipbuilders and knowledge institutes like our MARIN, TNO or TU Delft devise to develop cleaner ships and shipping does not seem to matter. The average politician and journalist hardly knows anything about ships and shipping and prefers to listen to NGOs that are pursuing illusions and falsify reality. Those politicians forget that there are still a lot more voters working in the European shipbuilding and shipping industry than those few subsidised members of certain NGOs.

ETS is just another tax

Firm language from a politician that doesn’t know (pharmacist) about shipping and shipbuilding. The fact is that according to the International Energy Agency, shipping currently (statistics 2019) contributes just two per cent of global energy related CO2 emissions. These are produced by more than 50,000 ships that transport no less than ninety per cent of all the cargo in the world. Cargo that offers manufacturers incomes and economic growth and a chance for a better future.

PEW Research Center states that already more that fifty per cent of the Chinese population has reached a middle-class income. And China is followed by a lot of other developing countries, all thanks to shipping and shipbuilding. All these nations with their fleets compete with the rest of the world. Competition that ensures that prices and rates don’t go up too fast which would cause inflation to erupt and economic growth to collapse. That the prosperity of a big part of the Europeans could go up over the last twenty years is not thanks to strong economic growth. Most EU countries are struggling with ageing populations that are not able to provide strong economic growth anymore. The rising taxes in most EU states also prevent that incomes and enterprises can grow fast like in Asian countries. That life and prosperity for most Europeans is nevertheless still on a relatively high level, is mostly thanks to cheap production in emerging countries and transport by the global shipping industry.

Irrespective of the huge environmental problems of pollution due to overpopulation and uncontrolled economic growth, global shipping plays a key role in offering a better life for a growing number of people all over the world.

But then this instrument of global shipping has to be guaranteed the possibility of playing its role. Greener shipping does not come about by implementing higher taxes like with the EU ETS system. Higher taxes are just a brake on investments. Only when the extra tax is used to boost development in the sector itself, this could work in a positive way.

In December last year, international shipping associations proposed creating a USD 5 billion research fund to help cut emissions. With a mandatory contribution of USD 2 per tonne of fossil fuel used by ships, money should be raised to develop cleaner technology for the shipping industry. At the last meeting of the environmental committee (MEPC), the IMO has given initial consideration to an innovative proposal from the global shipping industry to collectively provide USD 5 billion to accelerate R&D to support its decarbonisation.

The way the European Parliament enforced its decision on including shipping in the EU ETS scheme and by doing so disabled and declassified the IMO, looks exactly like how outgoing US President Trump dealt with international trade and pulling the US out of the Paris Agreement and the World Health Organization (WHO). In the case of the European Parliament, it’s not the WHO, but the IMO. Just like health and the struggle against pandemics, shipping is of global interest that has to be dealt with in cooperation with the rest of the world. The EU ETS scheme for shipping disrupts the support Europe has always given to international cooperation.

It’s not for nothing that the EU ETS scheme for shipping also raised fierce criticism from the world outside Europe. China, Japan, South Korea and a fleet of international shipping groups have warned the European Union against its plan to include shipping in the ETS scheme. The countries warned that adding shipping to Europe’s carbon market could create trade tensions and cause extra emissions by prompting ships to take longer routes to avoid stops in Europe.

The tax that the European Parliament is imposing on shipping with the EU ETS scheme will block developments and investments in greener shipping and in the end will make consumer goods in Europe not greener, but only more expensive.