Solar and seaweed farm combined at sea for the first time 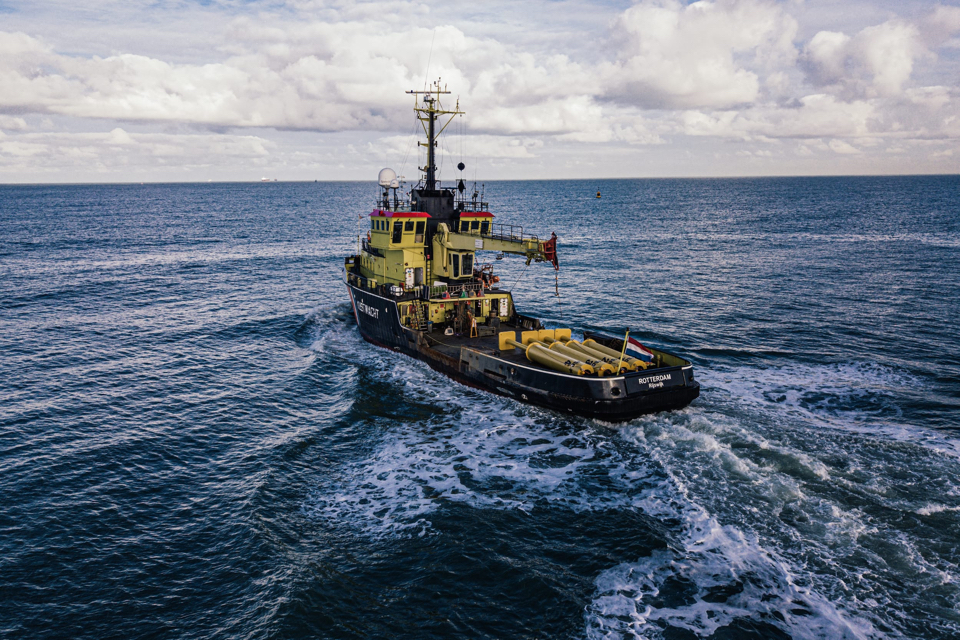 Oceans of Energy and The Seaweed Company have installed offshore solar and seaweed farms at the North Sea Farmers Test Site, twelve kilometres off the coast of Scheveningen. The farms use the same space to generate solar energy and grow seaweed at the same time. It serves as an example of how the space between offshore wind turbines can be used in the future.

‘After a year of operating successfully in the North Sea with the first offshore solar system, I think it’s very special that we have now succeeded in combining both the generation of clean energy and the production of food at sea, because these are two important necessities of life,’ says Allard van Hoeken, CEO of Oceans of Energy. Joost Wouters, CEO of The Seaweed Company adds: ‘I am proud that with this project we are demonstrating that we can make maximum use of the space between the wind turbines at sea for the cultivation of valuable seaweed.’

The offshore solar and seaweed farms are part of the European H2020United project, which aims to stimulate sustainable multiple use of space within the European Union. The offshore solar farm is supported by the Rijksdienst voor Ondernemend Nederland (RVO.nl) through the Top Sector Energy of the Ministry of Economic Affairs and Climate and by the European regional development projects (INTERREG) ENCORE and OceanDemo.

In Dutch waters for the first time

Seaweed has many valuable nutritional applications for humans, animals and plants, but can also serve as a basis for materials, bio-plastics and energy. To make these applications possible, The Seaweed Company has several seaweed farms abroad. For the Netherlands, the future of large-scale seaweed cultivation lies within wind farms, and this is the first time that seaweed is grown in the Dutch North Sea at this scale.

For this offshore cultivation, together with a number of Dutch partners, the Cultivator has been developed. This seaworthy seaweed cultivation system is expected to produce 15,000 kg of seaweed and absorb 1.8 tonnes of CO2 annually. Artist impression of seaweed farms between wind turbines (by RVO).

Solar panels at two locations in the North Sea

Oceans of Energy installed the world’s first offshore solar farm system in the North Sea off the Dutch coast a year ago. At that location, the system generated clean energy for a year, withstood the sea climate and waves of up to four metres and survived winter storms Ciara and Dennis.

The expectation is that at this second North Sea location further away from the coast, the system will have to withstand waves of thirteen metres. If successful, this means that the system will be ready for combined offshore sun and wind projects with 100 to 5000 MW of offshore sun per project. According to the company, the Netherlands can generate half of its total energy needs using only five per cent of the Dutch North Sea. This can be done in the space between the wind turbines, together with other users.

Picture: Installation buoys for the offshore seaweed farm on board a Coast Guard vessel.