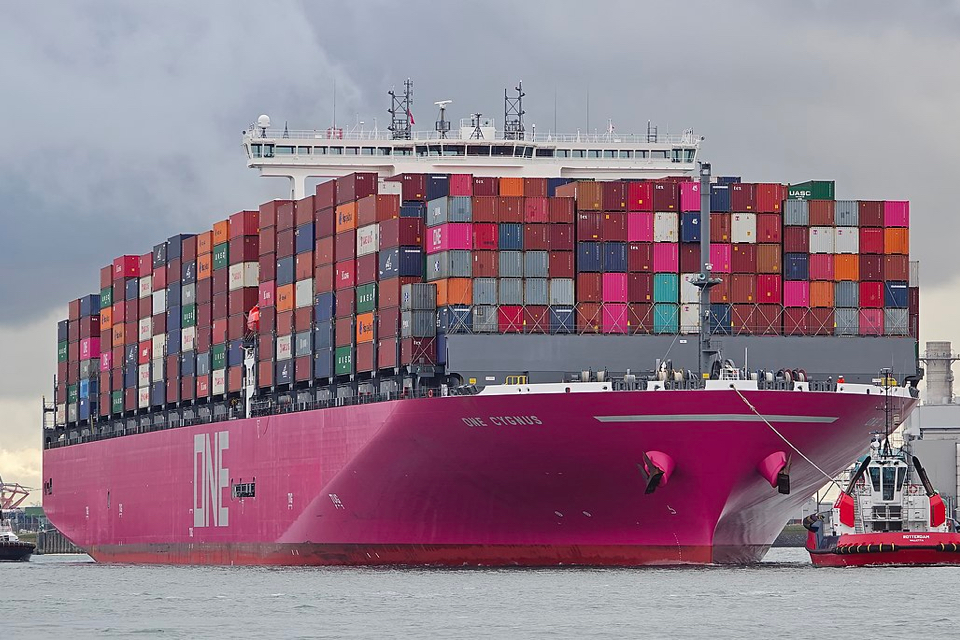 The Japanese container ship ONE Apus has lost more than 1800 containers on Monday evening, 30 November. This happened when the 14,000-TEU ship ran into a storm on the Pacific Ocean. Forty lost containers were said to contain dangerous cargo.

The exact extent of the damage will only become clear once the ONE Apus has returned to Asia and an inspection can take place. The accident happened northwest of Hawaii, on a journey from the Chinese port of Yantian to Long Beach in the United States. Immediately after the accident, the captain sailed back to an Asian port still to be designated in order to rescue the remaining containers and assess the damage.

The ONE Apus accident will probably be the largest container loss since that of MOL Comfort. That ship, also of Japanese origin, sank in 2013 in the Indian Ocean with 4293 containers on board.

Picture: Sister vessel ONE Cygnus in Rotterdam (by Kees Torn).