The Netherlands to deploy autonomous drones for incidents on the water 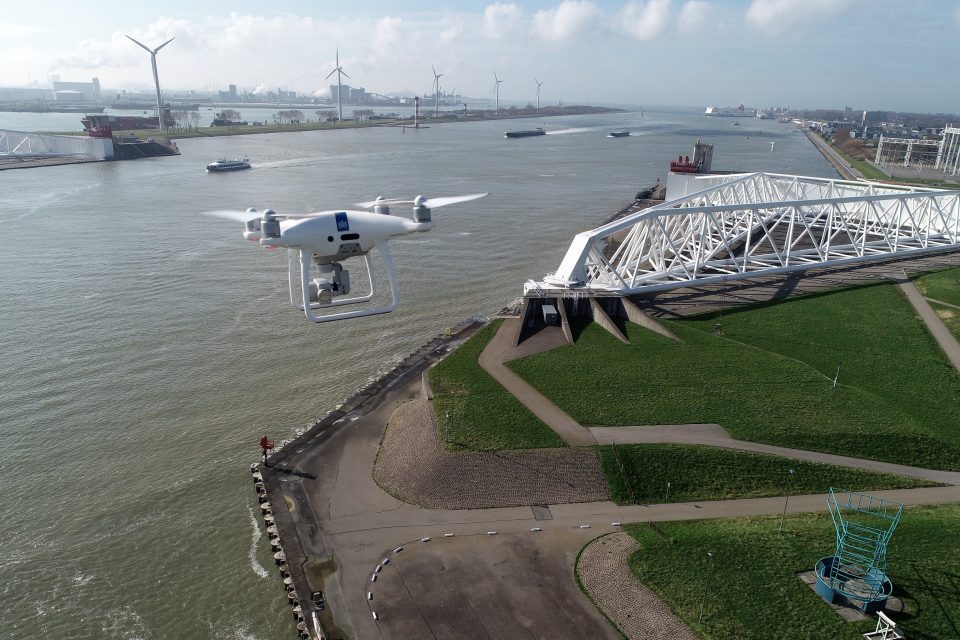 Rijkswaterstaat has put a new drone area into operation along the river Waal between Tiel and Nijmegen. In this area, Rijkswaterstaat and emergency services will test and fly autonomous drones under the name ‘Drone2Go’ in order to get a faster overview of an incident on the waterway.

For example, in the event of collisions, discharges, drownings, ship fires, lost cargo or oil pollution, a drone will quickly provide real-time aerial overview images. An independently flying drone is pre-programmed and can get exactly where Rijkswaterstaat wants it to go with a single click on the map.

The use of drones leads to less hindrance to shipping, less environmental damage and cost savings. With Drone2Go, Rijkswaterstaat (the executive agency of the Ministry of Infrastructure and Water Management) ultimately wants to realise fixed landing and departure points for autonomous flying drones at several locations in the country.

The drone area along the Waal is the first location to be put into use for this purpose. In this area, Rijkswaterstaat works together with the police, fire brigade, the Netherlands Human Environment and Transport Inspectorate (ILT) aerosensing and the NVWA under the name Drone2Go.

The intention is for the drone images to be made available live to the operators at the traffic post on the Waal and for the mobile traffic controllers on the water, the police and the fire brigade to be able to see them on their own screens in order to be able to take direct action.

Minister Van Nieuwenhuizen about the practice area: ‘Drones are taking dangerous work off our hands and can reach places where people cannot come. They make visible what we cannot see and time and again they prove their added value for specific work. That is why we have to learn to use them well and safely. The commissioning of the Drone2Go area will help us move from innovation to practice.’

In order to officially put the area into use, an autonomous drone was flown several times on Monday 23 November. Via a live stream, all market parties and partners involved watched how this drone showed that it arrived where it was supposed to go and could swerve around obstacles along its route independently.

The drone practice area near Nijmegen.

In the coming period, Drone2Go will further develop this in this practice area. In this way, Rijkswaterstaat seeks to learn how autonomous drones can become part of its daily operations in a safe manner. The intention is for the entire Dutch drone sector to benefit and learn from the experiences Drone2Go is gaining along the Waal.