Enough tools for shipping to survive the energy transition 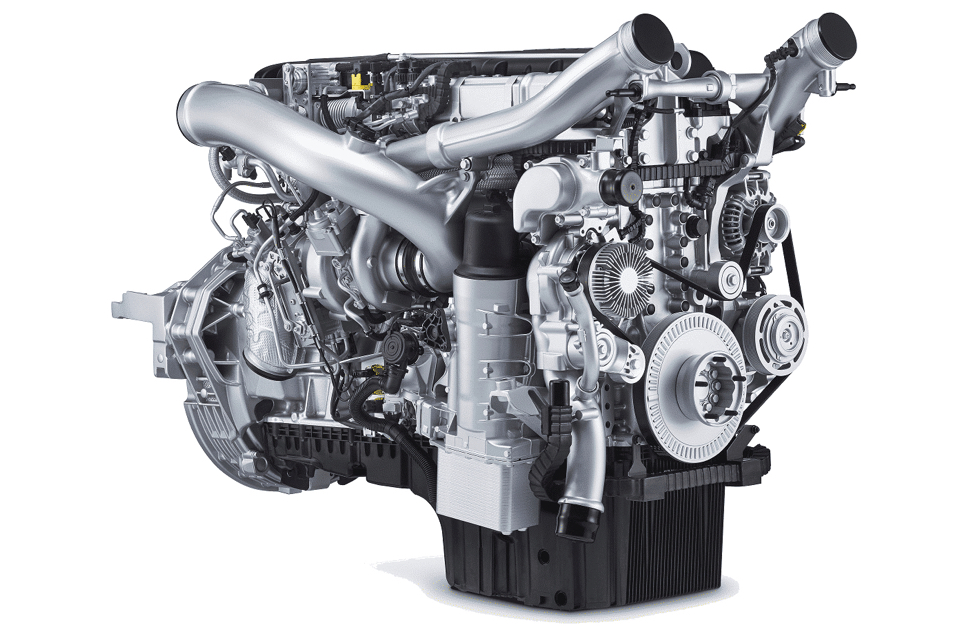 For years, NPS Diesel in Ravenstein has invested in the development of EU Stage V engines for inland navigation. ‘We have converted John Deere engines up to 200 kW and DAF diesel engines up to 400 kW,’ said Peter van der Heijden. ‘It is a large step to get from CCNR2 to Stage V.’

That is why the European Commission has lent a helping hand by deciding that lorry engines may also be used in ships. NPS took advantage of this. ‘Conversion was the easiest thing to do. If the technology already exists, then it would be better to adopt it. But you have a lot to think about: not only whether the engine meets the emission requirements. In a ship, for example, you have to ensure that the engine always delivers its power.’

The truck engines had to be adapted both in terms of hardware and software. But according to Van der Heijden, the end result already resulted in savings of fifteen to twenty per cent in the purchase price. ‘And such a truck engine is also cheaper to maintain because the parts are more readily available and the maintenance intervals are longer.’ There are now about thirty ships sailing with an NPS Diesel engine.

Maritime companies are often unaware of the importance of their refrigerants. That is what Jos Noordover, Commercial Director of Valvoline, said at the Maritime Platform. In order to change this, Valvoline set up a campaign via social media and technical research. ‘People need to think about what happens in their engine.’

The effect of cooling with water is great. ‘Water is the best form of cooling. But coolants have many additives to keep aspects under control’.

If the correct coolant is not used, problems can arise in the engine. Such as corrosion. Noordoever calls on people to use dedicated coolant. You need advice from your engine supplier. Think about which fluid to use.’

Fuel of the future

‘By 2030, we hope to have a zero emission type of fuel available for every type of ship we build,’ said Peter van Terwisga of Damen Shipyards. Dennis Lensing of TU Delft is researching hydrogen, methanol and ammonia as fuels of the future. Both agree that electrification of the inland shipping fleet will be a solution.

‘But there will be different solutions anyway,’ says Lensing. He himself sees a lot of the future in hydrogen fuel cells. ‘But storing hydrogen on board will be a major challenge. It’s a tricky substance, very flammable. So we are looking for molecules that we can bind to hydrogen, such as sodium boron hydride.’ That way the hydrogen can be stored safely. The project with a sodium boron hydride system is being tested in the port of Amsterdam. ‘You do have a residual product on your ship, and a solution has to be found for that as well.’

Not every solution is equally beneficial to every ship. According to Van Terwisga, electric sailing will be especially successful for short distance transport. ‘For longer distances, we are looking at methanol and ammonia. For distances in between, hydrogen is the solution.’

Methanol is still preferred by Van Terwisga. ‘Methanol is a lot less toxic than ammonia. This fuel is also easier to integrate.’

Aftertreatment systems can ensure that existing engines do not need to be replaced at an accelerated rate and still meet high emission standards. That is what Alwin de Kock of Xeamos said. ‘Inland shipping is doing much better than road transport when it comes to greenhouse gas emissions. But when we talk about polluting emissions, we are lagging far behind as a sector. We want to do something about that. And the solution has a place behind the engine.’

Inland shipping is a sector in which a relatively large number of old engines are still in operation. Xeamos offers catalytic converter and particulate filter systems for this. ‘We offer those two in one housing. In this way, barges with old engines can continue to sail for a long time within the current regulations.’

Investing in an after-treatment system is more economical than installing a new engine, according to De Kock. But this solution is not possible in every ship. The average ship’s diesel should not have too much back pressure. Moreover, it takes up space, which must be available in the engine room.

In the meantime, work is ongoing for subsidy schemes, as part of the maritime Green Deal. ‘EUR 79 million is available to promote retrofit solutions in the area of aftertreatment, for the period up to and including 2030.’

According to Seijkens, hybrid energy systems enable the supply of energy to be better adjusted to demand. ‘You can configure the diesel set in such a way that at certain times additional power is supplied from the battery.

So how does a ship owner make the best choice of energy system for his type of ship? ‘Involve specialists, such as your system integrator, in the sustainability process at an early stage.’

Alewijnse is active in both yacht building and cargo shipping. ‘In the dredging industry, for example, many LNG and biofuel electric ships are being developed. That’s when you get the reaction that an engine like this starts up slower than a diesel engine. The best solution then, is to install a battery pack, which absorbs the dip in the response time.’

More complex in the engine room, less complicated on the bridge

According to Seijkens, people would like to be part of the eco-trend. ‘Eco is trending. Even in yacht building, people no longer first ask for gold and marble.’

Meanwhile, sustainability also gives a certain status to owners of superyachts. ‘With a PTO/PTI (power take off/power take in) system, for example, you can enter the harbour sooner than anyone else. Hybrid systems give no vibrations and no noise nuisance when at anchor.’

Alewijnse focuses on the customer’s wishes. ‘If we know why a customer wants to implement a hybrid system, we can adapt the system better accordingly.’

According to Seijkens, the advantage of making the ship more complex in the engine room is that it makes bridge operation less complicated. ‘Decisions are taken more often automatically. The system then determines the switch from diesel to hybrid without you noticing.’

The company helps with this by offering training for the crew. Remote controlling is also an option. Customers can then log in to Alewijnse from where they are sailing, after which Alewijnse specialists can do their work remotely.