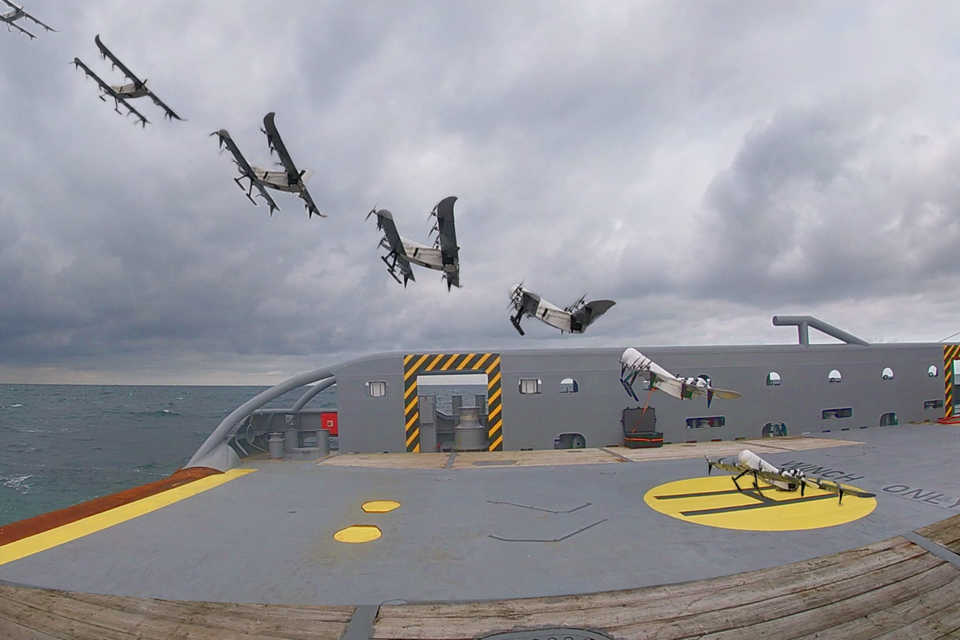 Together with the Netherlands Coast Guard and the Royal Netherlands Navy, researchers from Delft University of Technology have developed a drone that flies on hydrogen, can stay in the air for hours and can take off and land vertically. ‘This brings maritime applications within reach,’ reports the TU Delft.

According to the university, a drone that combines all these properties did not previously exist. The aircraft has been successfully tested from a sailing ship at sea. It also ‘takes a new step towards making aviation more sustainable,’ according to the TU Delft.

Hydrogen is a clean fuel. Machines powered by it do not emit CO2, nitrogen or other harmful substances. How sustainable it ultimately is, however, is partly determined by the origin of the electricity with which the hydrogen is produced. Previously developed hydrogen-powered drones cannot land vertically, or are very slow.

Bart Remes, Project Manager of the Micro Aerial Vehicle Lab (MAVLab) at TU Delft: ‘That is why we developed a drone that can take off and land vertically using hydrogen plus a battery set, and that during the horizontal hydrogen-powered flight can recharge the battery via a fuel cell, ready for the vertical landing. The fixed-wing design and the use of hydrogen means the drone can fly horizontally for hours at a time.’

Drones with electric motors are very common, but the larger ones that can land and take off vertically often also need fossil fuels. It takes so much energy to land and take off vertically that it immediately drains the battery. To solve this problem, the Delft drone builders have equipped their aircraft with a fuel cell that converts hydrogen into electricity, giving the drone an extra boost of energy.

The drone is equipped with a 300 bar, 6.8 litre carbon composite hydrogen cylinder. The cylinder feeds hydrogen at low pressure to the 800w fuel cell that converts it to electricity. The only emissions are oxygen and water vapour. In addition to the fuel cell that supplies electricity to the motors, there is also a set of batteries that together with the fuel cell provide extra power to the motors during the vertical take-off and landing.

‘All in all, there were no drones that could fly far in a sustainable manner and take off and land almost anywhere,’ state the makers. They think that their drone, which weighs 13 kilos and has a wingspan of 3 metres, is useful at sea or in densely populated areas. For example, the drone can land on the aft deck of a ship, or on the roof of a block of flats. It is powered by 12 motors so even if several motors fail, it can still land safely.

According to the researchers, the experience gained from the research can be valuable for further sustainability in aviation. ‘One of the most important aspects of this research project is the hydrogen-powered flight,’ says Dean Henri Werij of the Faculty of Aerospace Engineering at the TU. ‘Worldwide, hydrogen is seen as one of the most important contenders for achieving a green and sustainable aviation fuel.’