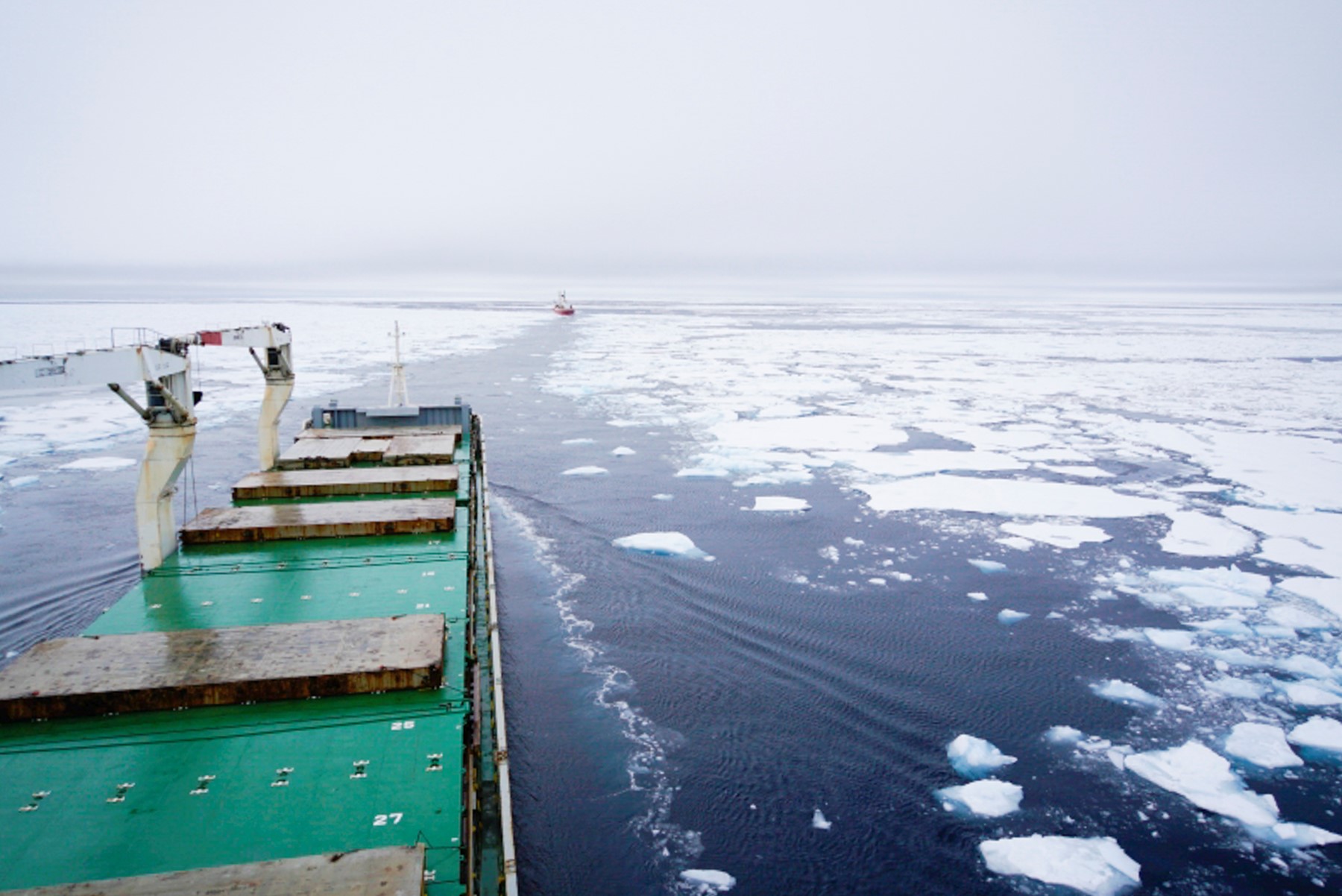 Dutch shipping company Wagenborg has finished sailing the Arctic route via Canada for the year. The company from Delfzijl speaks of a successful season in which it completed 5 Northwest Passages. Wagenborg, which first stuck a toe in the water on the icy route 4 years ago, claims to have been the only commercial company using the transit route this season.

Wagenborg started the season in mid-July with the ice-strengthened ship Trinityborg, which sailed from Canada to China to deliver a cargo of wood pulp. This transport job was part of Wagenborg’s regular voyages on the Pacific for paper producer Sappi and aluminium producer Alcoa.

Built to meet the Finnish/Swedish ice class 1A (IACS Polar Class 7), both Wagenborg’s A-class and T-class vessels are suitable for summer and autumn operations in first-year ice. This ice class designation makes them suitable for worldwide operations, including in ice-covered waters, such as the St Lawrence Seaway, the Baltic, the Canadian and Russian Arctic.

For the arctic voyages all vessels comply with the Polar Code, which demands high standard of both ship and crew in arctic conditions. All ships were equipped with state-of-the-art preventive measures to detect any unforeseen deviations in the route. These included extra ice searchlights, an additional echo sounder and Iridium satellite communication. Also an ice-navigator joined the bridge teams to advise during the transit.

Normally, the Delfzijl shipping company sails via the Panama Canal, but according to the shipping company, sailing via the northern route saves about two weeks’ time. While environmental organisations look with suspicion at shipping around the melting North Pole, Wagenborg states that the 4000 nautical miles shorter route reduces emissions by 35 per cent.

The ice-strengthened ship Amstelborg ended the season with a shipment to China of a cargo of anodes, material used to prevent corrosion of ships. A third ship, the Adriaticborg, sailed the route too and came back by the same way as well. The fifth passage of the Dutch shipping company was executed by the Arneborg.

Last year, the Canadian Coast Guard also saw the red, white and blue flag flying every time cargo ships made a full transit via the Northwest Passage. At that time, it concerned 4 vessels from Wagenborg and 1 from BigLift Shipping. There are dozens of other vessels sailing in the area every year, but these include fishing boats, research vessels and vessels that sail a limited part of the route.