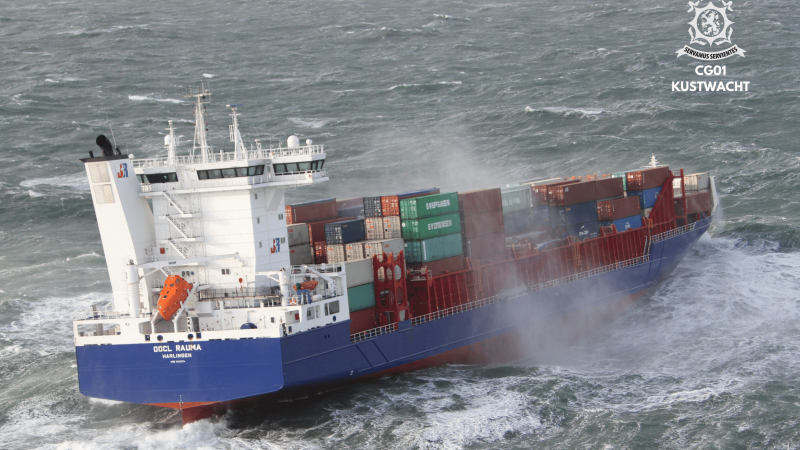 A shipping disaster such as the one involving the container ship MSC Zoe, which lost 342 containers near the Wadden Islands in January 2019, could happen again at any time. Several experts warned of this during a debriefing session in the Dutch House of Representatives.

The ship, almost 400 metres long, ran into trouble during a storm while sailing the southern shipping lane, which carries ships close to the Wadden Islands. Thanks to the more than 300 containers that went overboard, those islands are still struggling with “junk” on their beaches, beachcombers reported earlier.

Former minister Jeroen Dijsselbloem, chairman of the Dutch Safety Board (OVV), wants to emphasise the urgency. ‘This could happen again tomorrow.’ According to him, the provision of information to ships should be improved and it should be possible to close shipping routes. In the short term, the Coast Guard must also warn ships on the northern shipping lane, and not just the large cargo ships. At present, only container ships on the southern route receive a warning during storms. ‘We are not there yet,’ says Dijsselbloem.

In addition, the Human Environment and Transport Inspectorate (ILT) believes that containers must be better secured to the ships. In two thirds of the vessels investigated, lashing of the cargo was not in order. The ILT calls for more attention to be paid to the lashing work and the lashing materials used.