‘Shipping is being dealt heavy blows while crews suffer’ 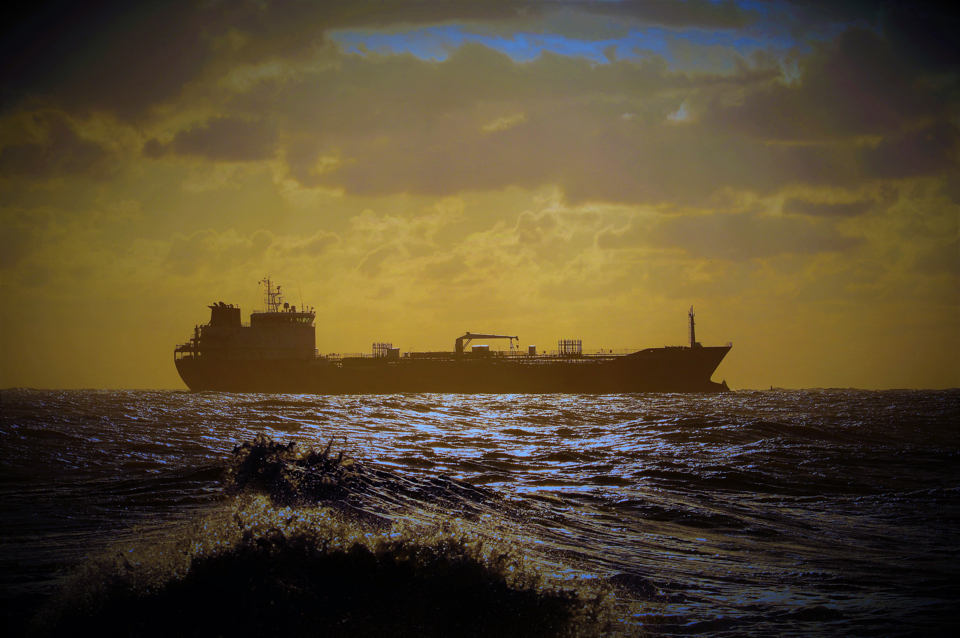 EU politicians should pay more heed to what is actually happening in its shipping sector. The crew change crisis and the refugees picked up Maersk Etienne which no country would accept are examples of this, argues SWZ|Maritime’s Editor-in-Chief Antoon Oosting. And how can shipping become greener, without the EU creating the right conditions for this?

In every issue of SWZ|Maritime, Oosting writes an opinion piece about the maritime industry or a particular sector within it. In the October 2020 issue, he discusses how European politicians turn a blind eye to what is going on in the shipping industry.

In the public debate especially in Europe, international shipping is nowadays heavily criticised for the pollution ships cause. The ongoing efforts of shipping companies to make their vessels operate more sustainably are disregarded by the politicians. They also seem unaware of the arguments that improvements in shipping heavily depend on technological development and the willingness of banks to finance investments. The fact that shipping is an international activity that is governed by the UN-organisation on shipping, the IMO (International Maritime Organisation), is simply put aside in European politics.

So, while the IMO was trying in a delicate process to get all the 174 member states, with widely diverging interests, on one line to reduce GHG (greenhouse gas) emissions from ships, the EU developed its own system. This means that shipowners that visit European ports with their ships have to comply with two different data collection requirements.

On 1 January 2018, the EU started the EU MRV (EU Monitoring, Reporting and Verification of CO2 emissions), while the IMO imposed on 1 January 2019, the IMO DCS (Data Collection System on fuel consumption). Both are mandatory and intend to be the first step in a process to collect and analyse emissions data related to the shipping industry.

Two separate data collection systems mean extra work and bureaucracy for ship owners and crews. But these systems are only the beginning of far more stringent rules on especially the emission of the climate threatening GHGs. To strengthen its hold on shipping, the European Commission (EC), under strong pressure of the European Parliament (EP) that is demanding ever stronger measures, now wants to incorporate shipping in the EU emissions trading system (ETS), as aviation has been since 2012. Like airlines, ship owners or operators will be forced to buy ETS rights to be allowed to emit GHGs by 2022.

Ship operators get a certain amount of rights for free with which they can trade. If their ships become cleaner and emit far less GHGs, they can sell the rights that they don’t use. This is how the EU wants to stimulate ship owners and operators to invest in innovative, cleaner ships. Yet, this sounds better than it is and will be in the near future. The authorities decide how many rights will be available for shipping. The EU is heading for a rigorous reduction of the emission of CO2 from shipping. This goes far beyond the target that the IMO set in April 2018 by adopting a hard-fought compromise in which the 174 member states committed themselves to reducing GHGs by at least fifty per cent by 2050 compared to 2008. Hard-won because in an exceptionally long meeting of six days (into the weekend), the delegations of oil champions Brazil and Saudi Arabia and Trump country the United States resisted against a strategy that reduces the use of fossil oil in shipping.

The production of oil is of course the most important source of income for Brazil and Saudi Arabia, while the Trump administration is against any climate policy. So, it is quite remarkable that, considering the strong opposition, the IMO and the shipping industry will also pursue efforts towards phasing out GHGs entirely. According to the IMO, this pathway of CO2 emissions reduction is consistent with the Paris Agreement climate goals.

In spite of all the efforts to reach a worldwide supported agreement for a global industry, the EC and EP went on with enforcing their own policy and regulations. All objections that a globally operating industry needs global regulations and that a reduction of GHGs also depends on the development of commercially deployable green technology have been put aside. Like the US and former SU and nowadays China impose their will on the rest of the world, this is European powerplay.

Powerplay, as history shows us, more often leads to resistance than to commitment.

The question however is, will the rest of the world accept this powerplay and will the shipping industry, especially small and medium-sized shipping companies be able to survive? Powerplay, as history shows us, more often leads to resistance than to commitment.

Apart from climate policy, it looks like European politics doesn’t care about shipping anymore, not even when incomes and commercial interests of our European citizens are involved. When on 4 August at the request of officials of Malta, a European member state, the Maersk Etienne took on board 27 refugees, the ship wasn’t welcome anywhere to disembark the unexpected passengers. After no less than 38 days, the Maersk tanker got permission from Italy to disembark the refugees.

Malta and flag state Denmark did not respond. Of course, Maersk can forget about any compensation. And next time when a ship is called by Maltese officials, they’d better turn off their radio before getting in trouble by unreliable authorities that suddenly don’t know anything about their internationally agreed obligations to help humans in need.

And next time when a ship is called by Maltese officials, they’d better turn off their radio before getting in trouble by unreliable authorities

Crews of ships are also being let down of course when they have to go on leave back home or want to reach their ship to be able to do their job. The problems with crew changing are a huge humanitarian scandal.

In this case, the Netherlands form a positive exception where other countries refuse any cooperation concerning crew change. But not every ship regularly visits the Port of Rotterdam and not every crew member is able to fly to Amsterdam Schiphol Airport.

The problems with crew changing are a huge humanitarian scandal.

When strikers violently demonstrate in Paris, Brussels or another European capital, politicians easily give in to the demands. But when crews are kept imprisoned on ships at sea or in ports, authorities and politics turn a blind eye.

Except for still quite maritime orientated countries, like Norway, the Netherlands, Denmark and Germany, the shipping industry in Europe seems to have lost all social bonding and political support. The time when becoming a maritime officer was considered a highly respectable career choice in a lot of especially European countries, seems to have almost completely faded away.

In a lot of EU states, shipowners have enormous difficulties in finding EU seafarers. In the meantime, labour unions and shipowners got caught up in a fierce discussion about who is to blame for all the problems. General secretary Mark Dickinson of UK/NL maritime trade union Nautilus International especially launched an attack on the practice of many shipowners of registering their ships in flags of convenience.

‘During the coronavirus pandemic, the true nature of the ship registration business and the predominant practice of registering vessels in flags of convenience has been starkly revealed, as they surrender any assemblance of upholding seafarers’ rights of supporting crew denied repatriation,’ says Dickinson. ‘Never again can we allow the fundamental rights to be swept aside by substandard ship registers and impotent flag states that corrode the governance of the shipping industry.’

The last reports are that the crew change crisis shows no sign of abating, still affecting some 600,000 seafarers either stranded at sea or waiting at home for employment at sea.

From within the ranks of shipowners, awareness is also growing that in the shipping industries some important things are fundamentally going wrong. On 10 September, the newsletter of Splash247.com reported on ‘one of the most candid speeches from any shipowner at any industry webinar this year’ in which Hugo De Stoop, CEO of Belgian tanker giant Euronav, laid much of the blame for the current seafarer impasse on shipping’s desire to act below the radar.

Speaking at a high-level webinar convened by the International Chamber of Shipping, De Stoop said the current crisis was in no small part down to shipowners’ choice to pitch their businesses in far flung, tiny tax havens.

This discretion is amplified, De Stoop maintained, by the fact that shipping is still quite a privately, family-run industry.

But despite the fact that some three quarters of the ships are registered in those tax havens, there are still around 230,000 people in the EU working in this industry, in offices and on ships, according to the European Transport Workers’ Federation (ETF). European shipping accounts for over forty per cent of the world’s fleet. These citizens and shipowners have a right to be heard and to be taken seriously by Europe’s politics.

There won’t be a shipowner that says no to cleaner shipping, but politicians also have a responsibility to ensure that the possibilities to finance this and to earn an income with shipping are upheld.

SWZ|Maritime’s October issue can be found in our Archive.