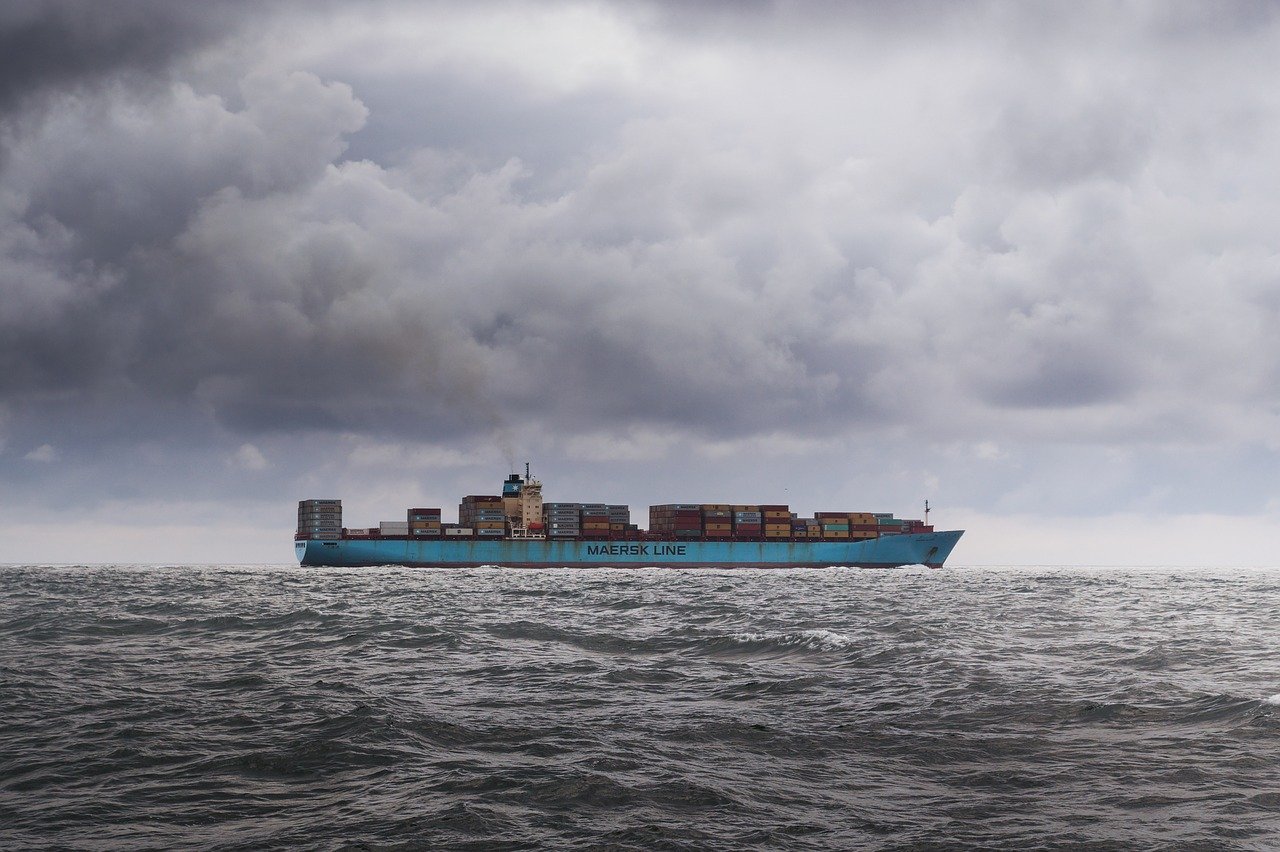 Self-ignition of a large batch of dangerous cargo is the most likely cause of the huge fire on the Maersk Honam in the Arabian Sea over two years ago. That is the conclusion reached by an investigation team from Singapore, the ship’s flag state.

The flag state was not able to establish the cause with certainty, but after eliminating other possible causes, self-ignition was left as an option. For example, the investigators were able to establish that the fire was not caused by an electrical fault, overheating of fuel tanks or misreporting of the nature of the cargo.

They therefore think that a large party of sodium dichloroisocyanurate was the culprit. Among other things, this substance is used in chlorine tablets for swimming pools and filter systems and, when heated or in contact with water, separates the toxic chlorine gas. The substance is classified as IMDG class 9 for other hazardous substances. It is known that in bulk storage, the substance can lead to self-ignition.

The Maersk Honam had a 1000 tonnes of this hazardous substance on board in 54 containers. They were packed together in so-called block stowage in hold number three, where the fire started. That was in accordance with the regulations and the stowage programme had not reported any problems.

After a smoke alarm had sounded hold three early in the evening of 6 March 2018, the captain sounded the alarm and ordered the crew to gather on the bridge. A smell of chlorine was already perceptible at that time. He ordered all ventilation openings in the hold to be closed, but a number of valves could not be closed.

Nevertheless, he ordered the CO2 extinguishing system to be activated in an attempt to smother the fire. The third attempt was followed by a series of explosions and a huge cloud of smoke. It also engulfed the bridge, on which most of the crew fled in panic. The crew was then divided into four groups, which went aft separately to leave the ship in lifeboats. 23 survivors were rescued by the container ship ALS Ceres, but one of them died before the ship reached port.

The extinguishing and salvage operation of the ship took weeks and eventually most of the foreship burned out. Salvors found the bodies of three crew members on board. One crew member was never recovered. The ship was eventually towed to Jebel Ali. It was cut in half and transported to South Korea, where it was given a new foreship and put back into service in August 2019 under the name Maersk Halifax.

Maersk calls the shipwreck one of the most serious incidents in the company’s history and says that the scale and intensity of the fire left the crew with no chance of getting it under control. ‘It is therefore crucial that we as an industry take steps to address the cause in order to ensure that seafarers never find themselves in a similar situation again,’ the shipping company says.

The company also states that it has already followed most of the recommendations of the investigation report. For example, dangerous cargo is no longer placed alongside the engine room and crew quarters. Furthermore, the so-called fire risk tolerance for containers below deck has been lowered and that for containers on deck has been increased. In other words, Maersk now transports more dangerous cargo on deck, where in principle it is would be easier to extinguish it.