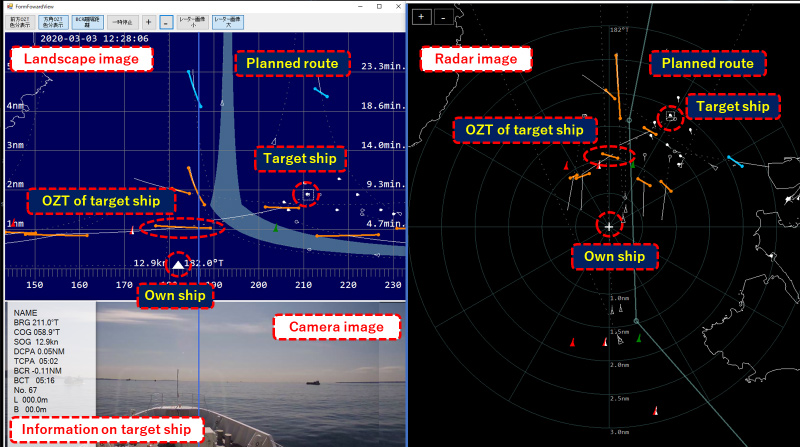 This will enable systems to estimate several Obstacle Zones by Target (OZT) among different ships and propose a route that minimises the risk of a collision.

Demonstration testing with Tokyo University of Marine Science and Technology’s Shioji Maru has been conducted in congested sea areas such as Tokyo Bay as a part of continuous efforts to develop computational algorithms using OZT and avoidance route computational algorithms. The test confirmed the ability to estimate OZT for several target ships in actual operation and develop and suggest avoidance routes in real time onboard.

The test also aimed to develop a collision avoidance system that realises medium-to-long-term strategies for avoidance navigation well before target ships pose a risk in congested sea lanes, and takes into consideration the experience of the maritime officer and other personnel in terms of safety and security.