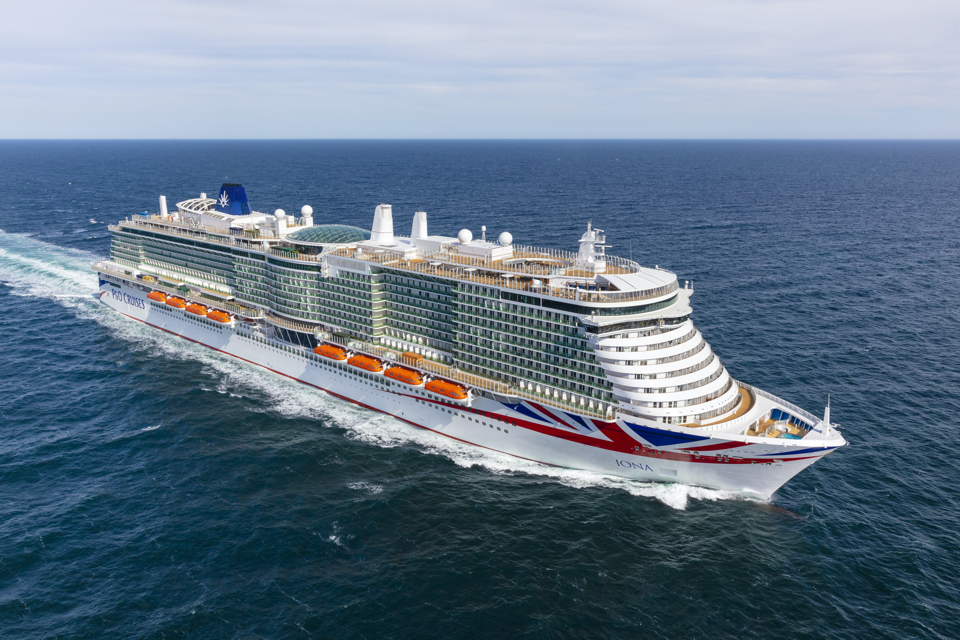 Meyer Werft has handed over the Iona to the British shipping company P&O Cruises. The ship has dual-fuel engines allowing LNG operation. It is the first of two new ships for the P&O Cruises brand.

The cruise ship will be integrated into the P&O Cruises fleet in order to be ready for service when the British cruise industry starts up again. Iona has a total of 18 decks, a length of 344.5 metres, and a beam of 42 metres. The vessel has a service speed of 17 knots and a passenger capacity of 5206 guests and 1762 crew.

Prior to its handover, the Iona has proven its seaworthiness during several test voyages on the North Sea and has successfully completed many technical and nautical tests. The engine room module with the modern power plant to supply the entire ship and hotel operation was built at Neptun Werft. The four low-emission dual-fuel engines from Caterpillar (Kiel/Rostock), which can be operated 100 per cent with LNG at sea and in port, also come from here.

The Iona is the first of two new ships for the P&O Cruises brand. Six more ships for Carnival Corporation (Miami) have already been ordered in Papenburg and from Meyer Turku for other brands of the group.

‘This is really a very special delivery for us for a variety of reasons. Not only because of the current corona crisis, but also because we delivered Aurora to P&O Cruises exactly 20 years ago,’ says Managing Director Jan Meyer. ‘Iona is an exceptional ship that marks a milestone in our long partnership with P&O Cruises. I would like to thank the entire team for their extraordinary commitment.’

The architectural highlight of the Iona is the SkyDome, a glass dome measuring around 970 square metres. The dome weighs 105 tonnes and consists of 340 triangular glasses.

‘The two project teams from the shipyard and the shipping company, the many suppliers as well as the classification society and the Bremen port authorities have done an excellent job under the difficult conditions,’ says Stephan Schmees, member of the Project Management Board.