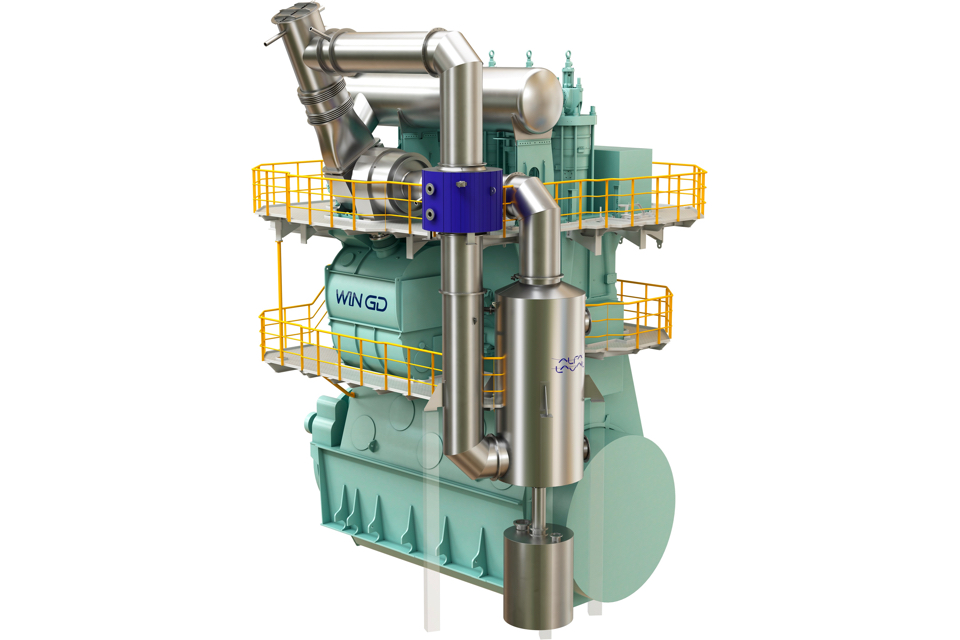 To reduce emissions, shipowners often consider LNG a bridge fuel in the transition to carbon-neutral fuels. However, the resulting methane slip is a negative side effect and new regulations may be upcoming to tackle this. Alfa Laval and WinGD say they have now developed a solution that reduces methane slip by up to 50 per cent.

LNG produces less CO2 than other fossil fuels when burned, but a small percentage of methane can slip through the engine without being combusted. Since methane has a higher global warming potential than CO2, even this small source of emissions may come into focus in meeting IMO’s ambitious climate goals.

‘With IMO aiming to cut greenhouse gas emissions by at least 50 per cent compared to 2008 levels, LNG has a major role as a bridge fuel in moving towards a carbon-neutral future,’ says David Jung, Business Development Manager at Alfa Laval. ‘However, the awareness of methane slip and its influence on global warming is increasing. New regulations are not unthinkable, and any improvement from today’s environmental benchmark is important. With or without regulations, WinGD’s iCER technology with the Alfa Laval PureCool system will help the shipping industry align more fully with climate goals by minimising methane slip.’

‘The iCER option is a standalone installation adjacent to the engine,’ explains Jung. ‘During operation in gas mode, it improves combustion by cooling and recirculating about 50 per cent of the exhaust gas through a low-pressure path with full turbocharger capacity. This minimises methane slip, and the PureCool system provides the vital cooling function that makes it possible.’

Trials at WinGD’s dedicated engine test facility, which were the final step in a two-year testing programme, show a methane slip reduction of up to 50 per cent. ‘This is not fine-tuning or a marginal improvement of LNG technology,’ states Jung. ‘This is a major environmental gain that truly strengthens LNG’s profile.’

In addition, when combustion is improved with iCER, fuel consumption in gas mode is also reduced by 3 per cent.

The technology is now being prepared for a first pilot installation.