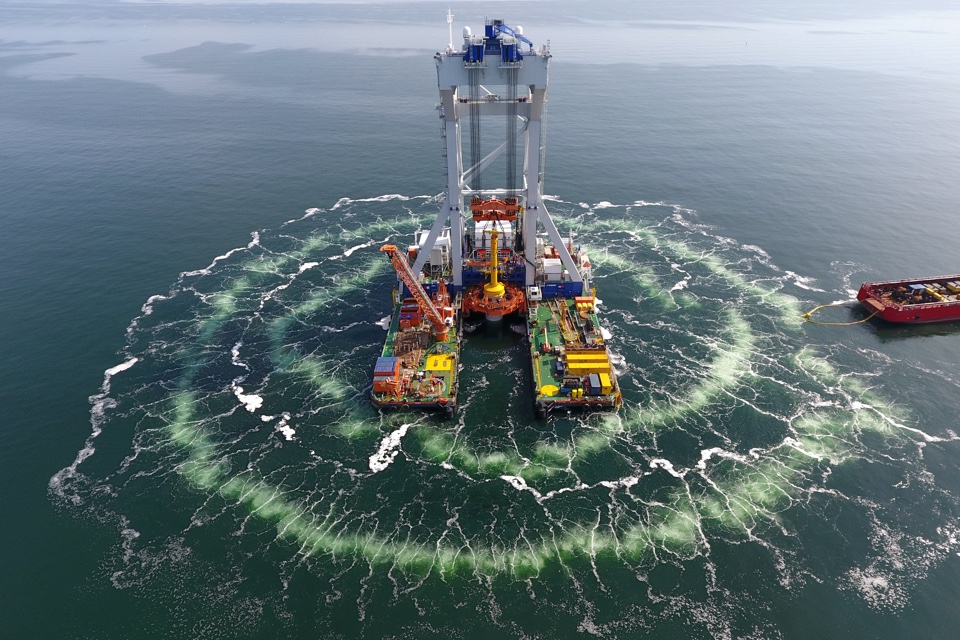 The picture on the front of the September offshore special of SWZ|Maritime is a perfect illustration of what the real entrepreneurs do to survive in an ever faster changing world and economy. In this issue, we look at developments in the offshore industry. Topics include offshore cranes, autonomous underwater vehicles and robotics, DP audits and silent offshore foundations.

Since its creation in 1982, the Svanen has again and again been innovated to adapt to changing demands of the economy and the environment. A nice example of how the Dutch industry is trying to keep up. The Svanen is a crane vessel built in 1991 on the original platform and with the use of big parts of the Ostrea, a lifting vessel built in 1982 for the construction of the Oosterscheldekering. So first it was used to help build a dam. As the Svanen, it was used for the construction of the bridges over the Great Belt and Sont.

In 2005, it was converted into a heavy lift vessel for placing fundaments for offshore wind turbines. And in 2017, it was equipped with installations to produce air bubbles and plastic balloons to reduce the noise of hammering the piles into the bottom of the sea. This noise disturbs the fauna of the seas in which offshore wind turbines are constructed. Development of the

After first being developed as early as the twenties of the last century in the Gulf of Mexico and Lake Maracaibo in Venezuela, the offshore industry came to the North Sea in search of oil and gas in the sixties and seventies. Dutch companies like HMC (Heerema), Allseas and Bluewater played an important role in helping the oil and gas industry develop their oil and gas fields and build their platforms.

But they are just the top of an industry that consists of several hundreds of companies in the Netherlands that first developed in offshore oil and gas and, since in 1991 the first offshore wind turbine was installed (in Denmark), also in the offshore wind industry. Lately, offshore wind is broadening ever more into offshore renewables, while the oil and gas fields in the North Sea are getting depleted.

And again and again, Dutch companies are at the forefront of new technologies. This also offers opportunities for Dutch companies like crane builder Huisman. Read for example the article of our editor Björn von Ubisch about offshore cranes. In developing new technologies, TNO plays an important role as well. See the article by Eric Engelbrecht on sensors, extended reality, robotics and autonomous platforms. I hope this September issue once again offers interesting reading and helps to underline the importance of our Dutch offshore industry.