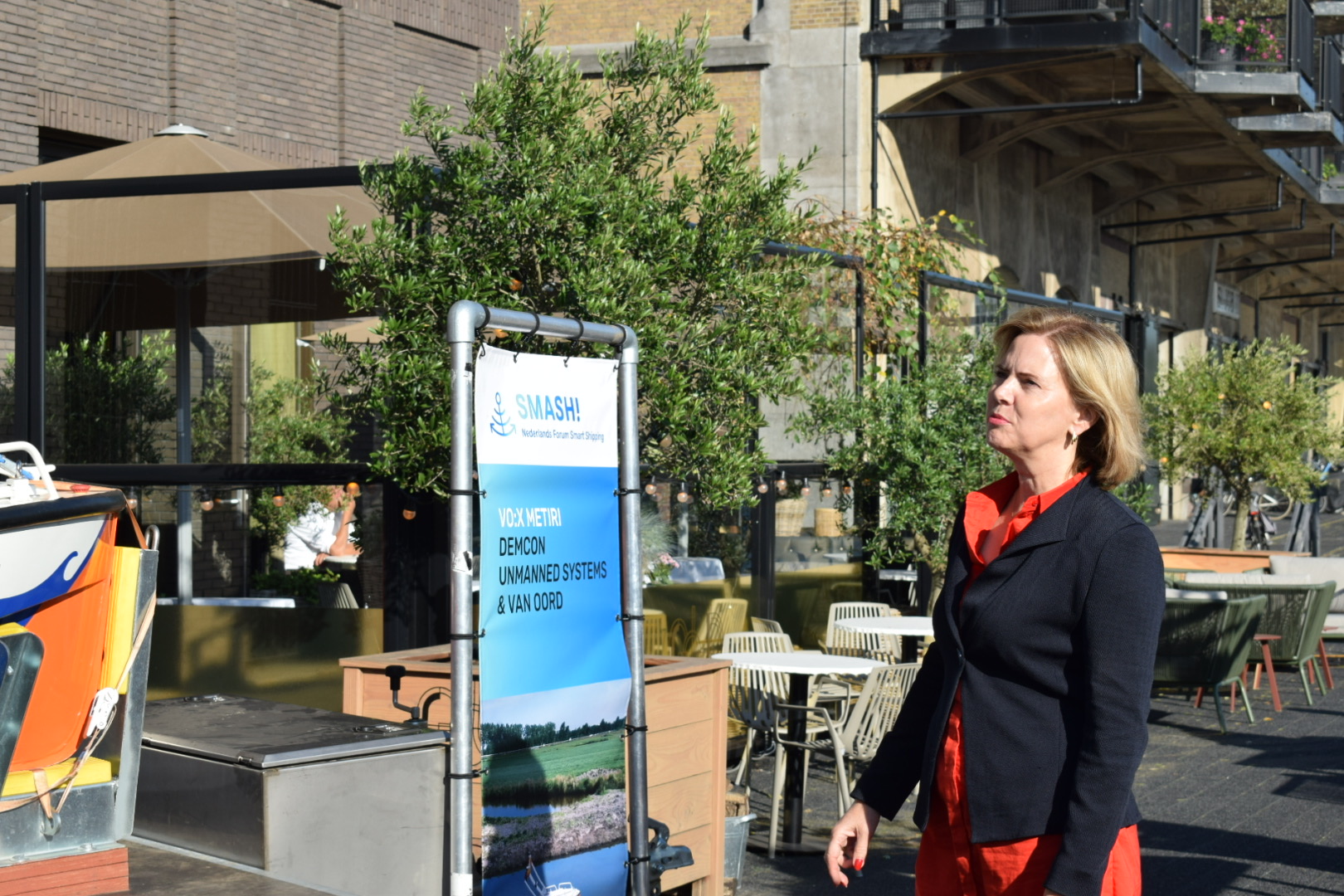 Dutch Minister Cora van Nieuwenhuizen of Infrastructure and Water Management has given the go-ahead in Rotterdam for the Dutch Smart Shipping Forum or SMASH!. In this forum, companies, knowledge institutes and government bodies will work together on a large scale on the implementation of smart shipping.

At the Kooren Terminal in Rotterdam, Van Nieuwenhuizen launched SMASH! On 21 September in the presence of all the maritime parties involved.

Smart shipping is highly automated sailing at sea and on inland waterways. More and more ships get systems that support the crew. Smart shipping goes beyond the smart ship: adjustments are also needed to the sailing environment to allow the smart ship to do its work.

In her speech, Van Nieuwenhuizen also referred to smart shipping as a catch-all term. ‘It’s about a new generation of seagoing and inland vessels that are more sustainable than the current ones, about unmanned vessels for dangerous work in ports, about automated cargo transshipment. It’s about innovations that make the step towards more efficient and cleaner transport by water even more attractive,’ she explained to her audience.

The Minister does not fear for the position of inland navigation skippers. ‘The romance of sailing together remains. In many cases it’s mainly about systems that support the skipper, as is the case with modern cars. It only makes sailing safer and easier’. Employment is not threatened either, says Van Nieuwenhuizen. ‘It is already difficult to find personnel today.’

To illustrate how diverse the applications of smart shipping are, five examples of “smart ships” were already on display at the launch event. The smart ships RT Borkum, CityBarge, RPA-3, VO:X Metiri and ms Auris were present. For the CityBarge, an autonomous vessel that will be carrying goods in a pilot project in the city centre of Leiden, it was even the public unveiling. The RT Borkum is a tugboat that can be controlled remotely. The crew is also currently experimenting with autonomous functions. The sailing drone VO:X Metiri is used, among other things, for soil measurements in places where manned vehicles cannot reach. The RPA 3 is a patrol vessel of the Port of Rotterdam Authority that can also sail without a captain and can, among other things, monitor the water depth in the port. The Auris is a vessel of research institute MARIN on which autonomous techniques are tested in practice.

Watch a video of the launch of SMASH! below (in Dutch only).

This article first appeared in Dutch on Schuttevaer.nl, a publication of SWZ|Maritime’s publishing partner Promedia.