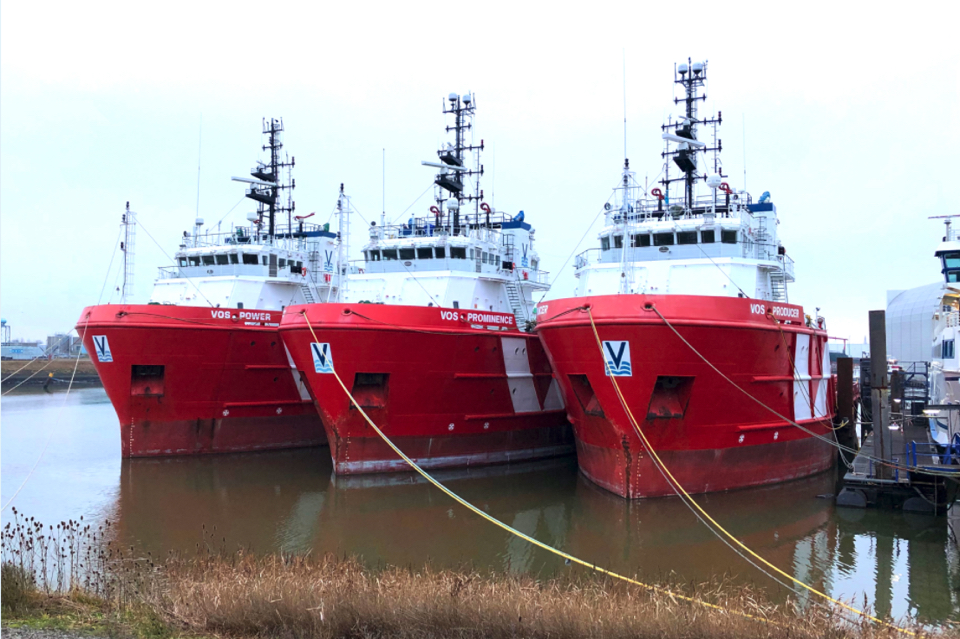 Vroon Offshore Services (VOS) has decided to dispose of three platform supply vessels (PSVs), with the aim of “right-sizing” its PSV fleet. The vessels, VOS Power, VOS Producer and VOS Prominence, were built between 2006 and 2007 and joined the Vroon fleet on delivery from the shipyard.

Over the years, the vessels have engaged in platform supply operations for a large number of oil and gas operators in the North Sea. All three vessels had been laid-up for some time in the north of the Netherlands. Although kept well maintained and in good technical condition throughout this period, the recent downturn in offshore oil and gas markets and continuing negative employment outlook resulted in a recent decision to divest the units.

The vessels will be repositioned from Harlingen to a specialised Dutch ship-recycling facility during the second half of this month. Here they are said to be dismantled in full compliance with both EU/national laws and all applicable international regulations and guidelines. According to Vroon, components and materials will be recovered in a safe and environmentally sound manner for re-processing and re-use to the largest extent possible.