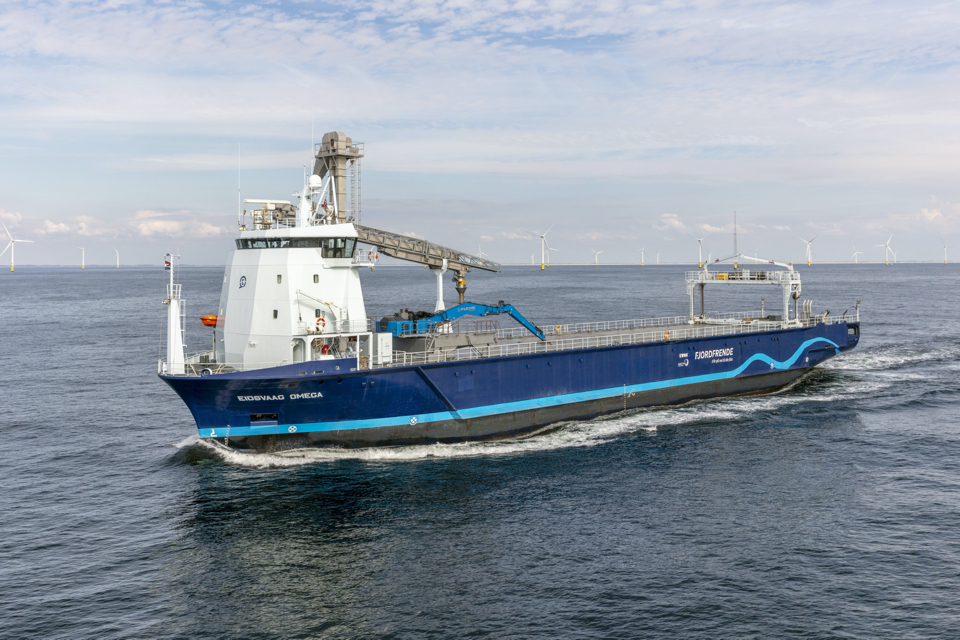 Eidsvaag As acquired general cargo vessel mv Baltic to convert it to a fishfeed carrier for fishfarms in the Norwegian fjords. Hartman Marine Shipbuilding was contracted to carry this out.

Hartman had to install two additional Veth thrusters, a fishfeed handling and unloading system, a DP system and generators to add additional 1500 kW to the power supply. The Roll-on/Roll-off vessel with ramp was originally also built by Hartman. The conversion took place at Damen Harlingen and in the port of Urk in a close timeframe of 2 months. After conversion Eidsvaag renamed the vessel Eidsvaag Omega.