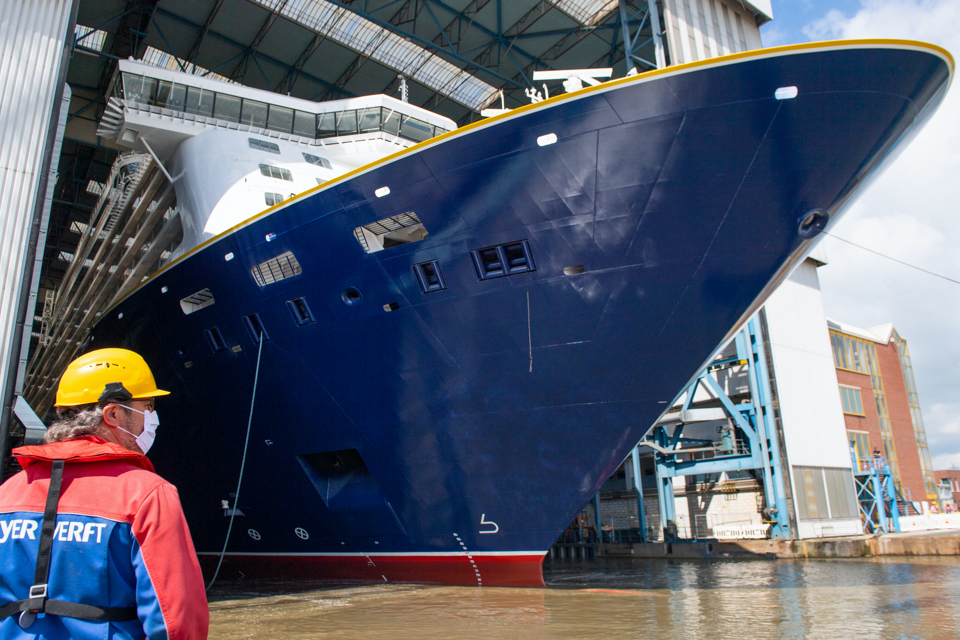 Over the following days and weeks, more tests will be executed at the outfitting pier of the shipyard. In August, the ship is expected to start its passage on the River Ems to the port of Emden to start seas trials later on.