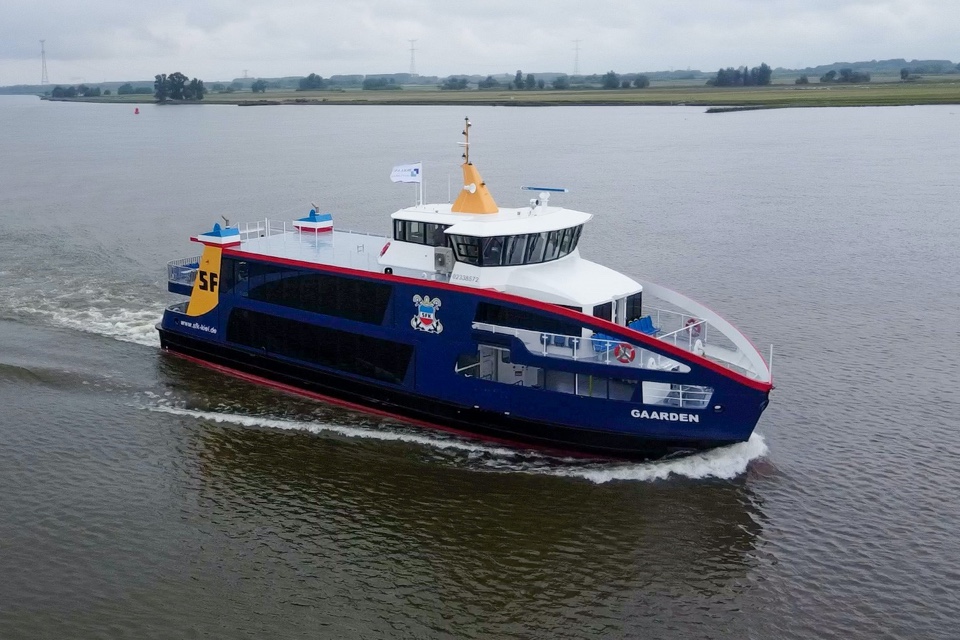 Holland Shipyards Group has handed over a new build hybrid ferry, named Gaarden, to Schlepp- und Fährgesellschaft Kiel (SFK) in Germany. The vessel will operate as a cycle and foot ferry within the waters of the Kieler Fjord. The ship will sail on batteries alone while in the city centre.

The contract for the vessel was signed in May 2019, which also includes an option for an additional three sister vessels. While the Gaarden has been delivered, Holland Shipyards Group is also working on the construction of another, fully-electric, ferry for SFK, named Düsternbrook.

SFK aims to deliver a more sustainable means of transport in Kiel. The Gaarden, measuring 32.40 by 8.80 metres, is provided with a hybrid drivetrain that can be powered by either generators or by means of a battery bank. The battery system will be used for sailing within the city centre.

For the ferry market, batteries have proven to be an ideal solution, but other renewable resources are also being investigated, including hydrogen. Holland Shipyards Group’s order book contains several variations of electrical ferries as well as the company’s first hydrogen project.