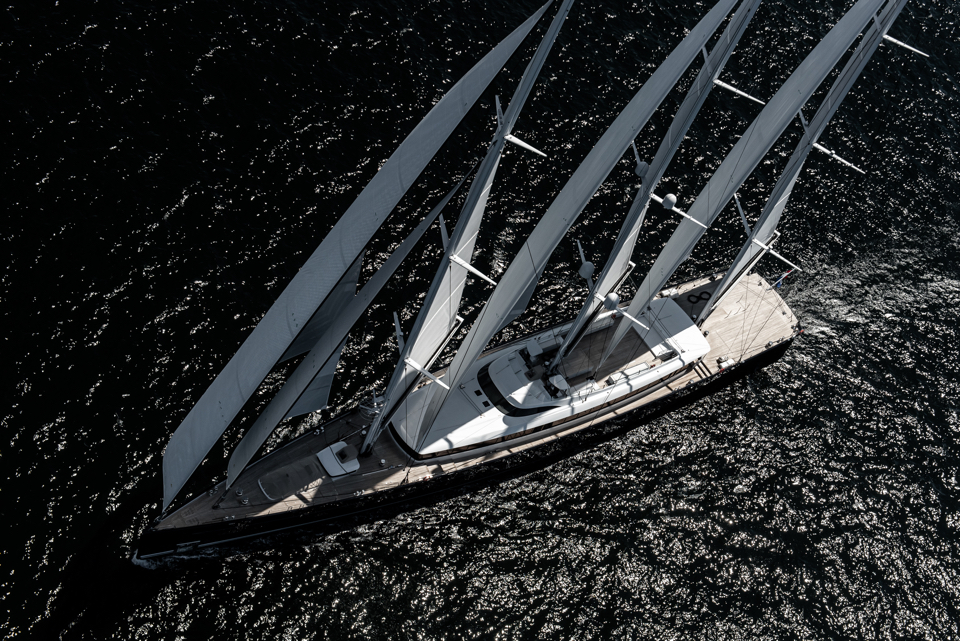 Sea Eagle II, designed by Dykstra Naval Architects and Mark Whiteley, features a plumb bow and modern Panamax rig by Rondal. With an overall length of 81 metres/266 feet, it is the largest yacht built at Royal Huisman’s shipyard and joins another Huisman build – Athena – in the top ten ranking of the world’s largest sailing yachts. The shipyard will now take on a role as a provider of services, assisting the crew as they familiarise themselves with the new vessel.

The yacht can reach speeds of over 21 knots by powering up its Rondal rig, which can carry over 3500 square metres of sail area evenly distributed over its carbon Panamax masts. The full sail area is controlled by 34 winches from sailing system integrator Rondal. The largest winches – for the yankee, staysail sheets and mizzen sheet runners – are capable of an eighteen tonnes pulling load.