Kick-off for construction of larger E-Flexer ferries for Stena 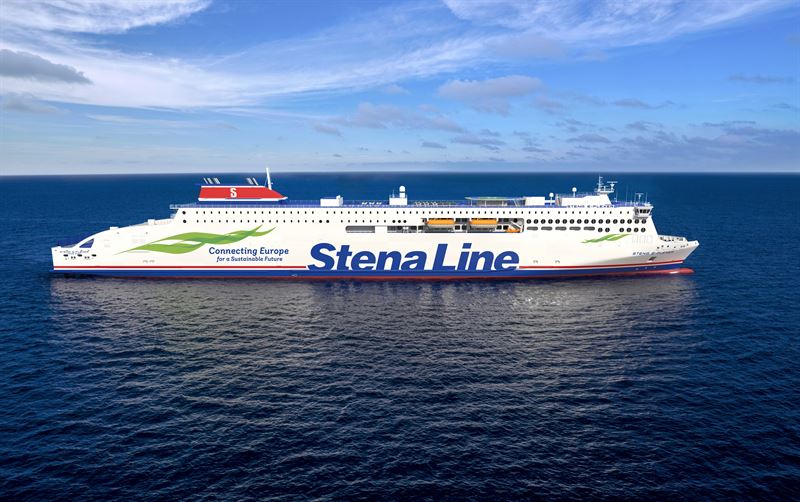 In the middle of the ongoing pandemic, ferry company Stena Line has confirmed that the construction of their two new larger E-Flexer ferries has begun in Weihai, China. The vessels were ordered in 2018 and the delivery is expected in 2022.

Stena Line is modernising its European fleet of ferries and has not let the ongoing pandemic affect these plans. So far this year construction of a further two new ferries has begun. The vessels are the last of five vessels of the regular E-Flexer series. This series is designed and built in collaboration with sister company Stena RoRo, and are said to be among the world’s most modern and efficient RoPax vessels. The ferries are being built at the CMI Jinling Weihai Shipyard in China.

Of the first three vessels, the first two: Stena Estrid and Stena Edda, have already entered service on the Irish Sea earlier this year. The third vessel, Stena Embla, is in the final stages of construction and is expected to go in to service on the Belfast-Liverpool route according to plan in early 2021.

In addition to the five new builds another two existing vessels, Stena Lagan and Stena Mersey, will be extended by 36 metres and modified with efficient drive-through capabilities for loading and unloading in two levels. In total, the modifications will increase the cargo capacity by thirty per cent and add on a total of 75 cabins. The two vessels are expected to be back in traffic in Stena Line’s network in 2021.

So far Stena Line has not revealed where the two new larger vessels of the E-Flexer model, or the extended vessels Stena Lagan and Stena Mersey, will operate.