What are the benefits and limitations of marine battery propulsion? 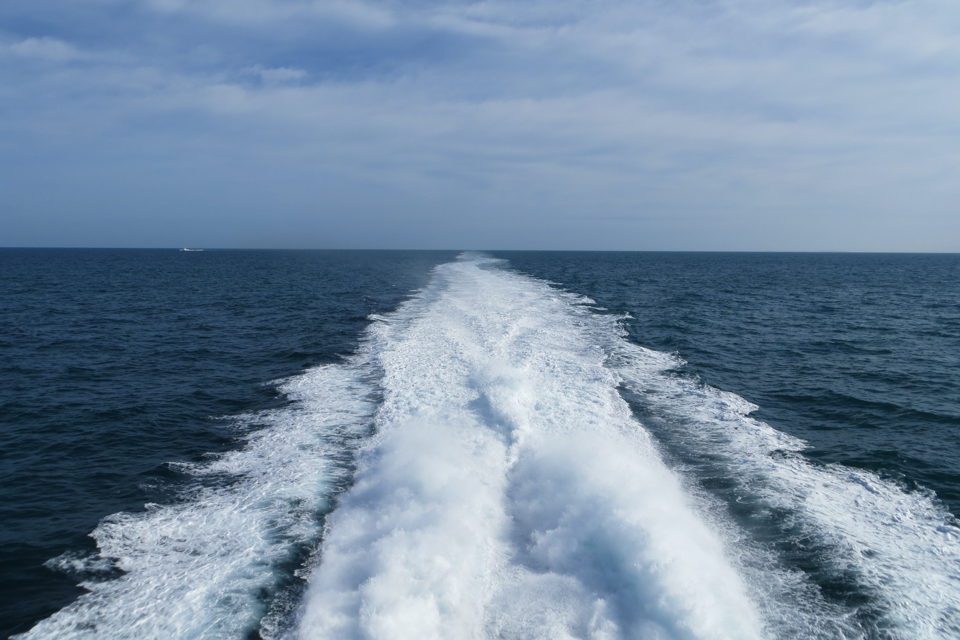 Batteries and marine fuel cells have shown promise on smaller vessels. The flexible approach needed to use these technologies as a power source for larger, oceangoing ships is only now beginning to emerge. Foreship in Finland has sought to determine the gains available by using batteries.

Batteries, or “energy storage systems” (ESS), are ideal for short sea routes and for fulfilling peak power needs, and cruise ship owners have adopted them for deployment in emission-control areas. The technology is experiencing rapid improvements in energy density and price per kilowatt-hour but, used in isolation, is not capable of propelling large ships over long distances.

Batteries based on lithium-nickel-manganese-cobalt-oxide (NMC) chemistry are an affordable, tried-and-tested form of ESS, and their market dominance makes it difficult for other chemistries / technologies to gain momentum and economies of scale. Lithium-titanite-oxide (LTO), for example, outperforms NMC at higher power and is better suited to high cycle life applications. Unfortunately, its progress has been hindered by pricing: it costs more than double the comparable NMC ESS (by both pricing and system size).

A newer alternative chemistry is a hybrid of LTO and lithium-manganese-oxide (LMO), which offers a greater cycle life than LTO at a similar cost to NMC. However, LMO is not expected to be commercially viable for six to eight years. For now, then, NMC remains the favoured form of ESS.

The high electrical efficiency of fuel cell technology makes it a promising means of propulsion for a broad spectrum of vessel types. Research into fuel cell systems with an output of three megawatts is already being conducted, while several installations are planned in the hundred-kilowatt range. Foreship anticipates that fuel cells generating stable loads will be an accepted method of marine propulsion within a decade – perhaps supported by ESS for peak loads.

The more mature and power-dense form of fuel cells are based on polymer electrolyte membrane (PEM) technology. Solid-oxide fuel cells (SOFC) are more expensive and offer lower power density, but can deliver electrical efficiency of up to 65 to seventy per cent – at least twenty per cent higher than that of proton-exchange membrane (PEM) fuel cells. In addition to its lower efficiency, PEM is highly sensitive to impurities in the hydrogen (H2) it uses as fuel; if other fuels are utilised, it requires a complex water management system. Nevertheless, it remains the fuel cell technology of choice for the time being.

Foreship’s statistics show that there are 283 ships in the entire merchant fleet with a gross tonnage of 3500 or less, for which electric propulsion appears feasible. The vast majority of these are coastal cargo vessels, while a small number are container feeders that operate over short distances.

For the purposes of illustration, an analysis was developed of a notional coastal cargo ship trading on an undisclosed route with a normal service speed of 12 knots, requiring 1450 kW of propulsion power with a service load during transit of 120 kW. The normal operation of the ship by mechanical propulsion is shown in table 1.

A turnaround time of 168 hours means 52 return trips per year, with the vessel operating on a clear and simple route. Using this baseline concept, the ship’s weekly energy consumption is 156 megawatt-hours, corresponding to 34 tonnes of marine gas oil (MGO). With the price of MGO at 680 US dollars per tonne as of 6 June 2019 (World Bunker Prices New York), the annual fuel bill is 1,216,284 US dollars. Using the IMO carbon factor, 3.206 for MGO, yearly carbon dioxide emissions are 5734 tonnes.

For comparison, Foreship developed a separate analysis of the same ship using battery power in sensitive areas, shown in table 2.

In this case, weekly energy consumption is 147.4 mWh from onboard production, including a 2.5 per cent saving from peak-load shaving and 5.7 mWh from electrical shore power. Weekly onboard energy consumption corresponds to 32.4 tonnes of MGO fuel, resulting in a yearly fuel bill of 1,146,463 US dollars. Shore electricity with a kWh price of 0.1 US dollar adds 30,000 dollars to this figure, yielding a total energy cost of 1,176,463 US dollars per year. Annual CO2 emissions are 5405 tonnes.

In comparison to the baseline, powering the ship with an ESS is moderately cheaper and reduces yearly CO2 emissions by 9.6 per cent. Fuel cell technology using H2 from renewable sources cuts emissions entirely, but costs around four times more than the baseline. When the H2 for the fuel cells is produced with natural gas, yearly cost comes down by roughly half compared to when sustainably sourced hydrogen is used; emissions are greater, but still 25 per cent lower than the baseline. Foreship’s investigation demonstrates that if all 283 merchant ships below 3500 GT were to install ESS, a total of 164,239 tonnes of CO2 would be saved. Were they to implement fuel cell systems using hydrogen captured from renewables, that figure would jump to 1,693,921 tonnes, equating to 0.18 per cent of global CO2 emissions from shipping on an annualised basis.

Commercial factors represent an obstacle to the industry-wide adoption of electric propulsion technologies, particularly fuel cell systems. Consequently, we will likely see an increase in the use of hybrid propulsion systems in the coming years. However, as alternative energy sources mature and benefit from further research and development, cost will gradually come down – and the IMO’s 2050 target will look increasingly achievable.

This article was sent to SWZ|Maritime and written by Jan-Erik M. Räsänen of Foreship Ltd, Helsinki, Finland.