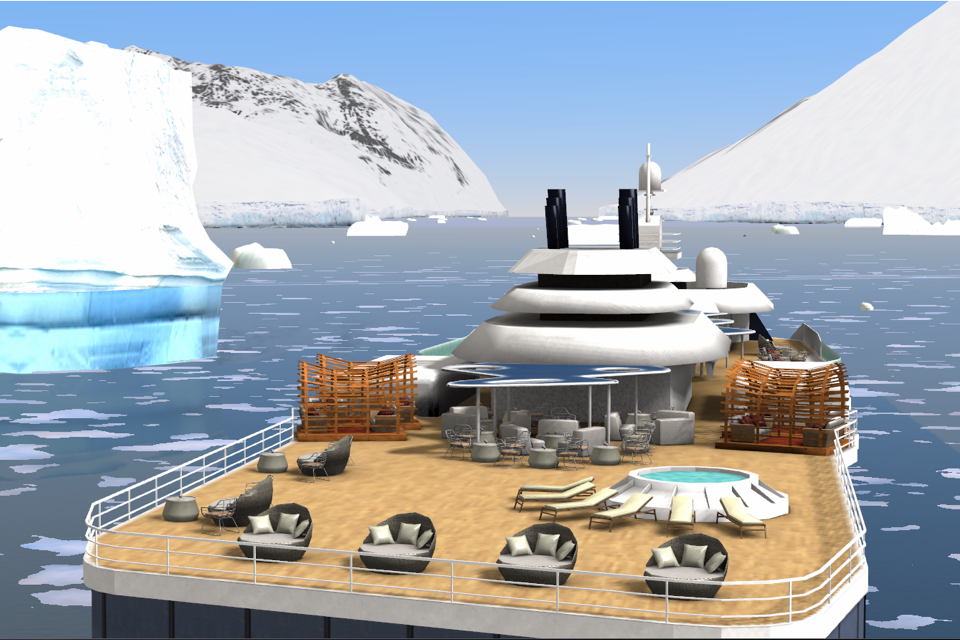 Together with EYOS Expeditions, Simwave is developing new training courses to navigate polar waters. The curriculum responds to the need for ice navigation training for nautical officers to meet the requirements of IMO’s Polar Code which was established in 2017.

The International Code for Ship Operations in Polar Waters (Polar Code) is mandatory under SOLAS/IMO and the International Convention for the Prevention of Pollution from Ships (MARPOL). It includes the full curriculum on construction, equipment, training, environmental protection issues and rescue issues relevant to ships sailing in the inhospitable waters around the two poles.

‘We are seeing unprecedented growth in the expedition-cruise sector which is accompanied by large numbers of vessels visiting the remote and difficult to access polar regions,’ says EYOS Expeditions CEO Ben Lyon. ‘Today there is a great demand in the cruise industry for bridge officers with expedition experience and there are more regulations than ever before that play an important role with regard to the environment. This calls for a new, improved approach to training.’

Participants learn the specific attention points that are mandatory in the Basic and Advanced Polar Code training by training their situational awareness and competences in safe planning, navigation and positioning. Participants also receive knowledge of the international and local regulations. The course takes place at Simwave in Barendrecht, the Netherlands.

Lyons comments: ‘We have tried to develop something different with this course. We didn’t want a standard course with scenarios that ship’s officers will probably never experience or learn anything new from. We wanted to focus on practical topics and realistic simulator experiences combined with actual expedition operations.’

Simwave’s team has, among other things, developed realistic passages and areas that ship’s officers will actually navigate during an expedition, including Antarctica’s famous Lemaire Channel, Paradise Bay, Port Lockroy and Palmer Station, and the fjords of Svalbard and the Canadian Ocean including Bellot Strait. According to the company, it is one of the first times Antarctica has been successfully displayed in a simulator exercise.

The training combines presentations, collaboration exercises and in-depth scenarios. Using the advanced 360-degree bridge simulator with floor projection and manoeuvring modes, participants will perform operations in which small ships (Zodiacs & tenders) and the decision making about their own ship are central. This takes place in the vicinity of nature reserves, polar bears and whales and in accordance with the IAATO and AECO guidelines. The interaction between captain, expedition leader and ice pilot while dealing with emergency scenarios will be accompanied by a series of weather changes.