Allseas at work on its first offshore job in China 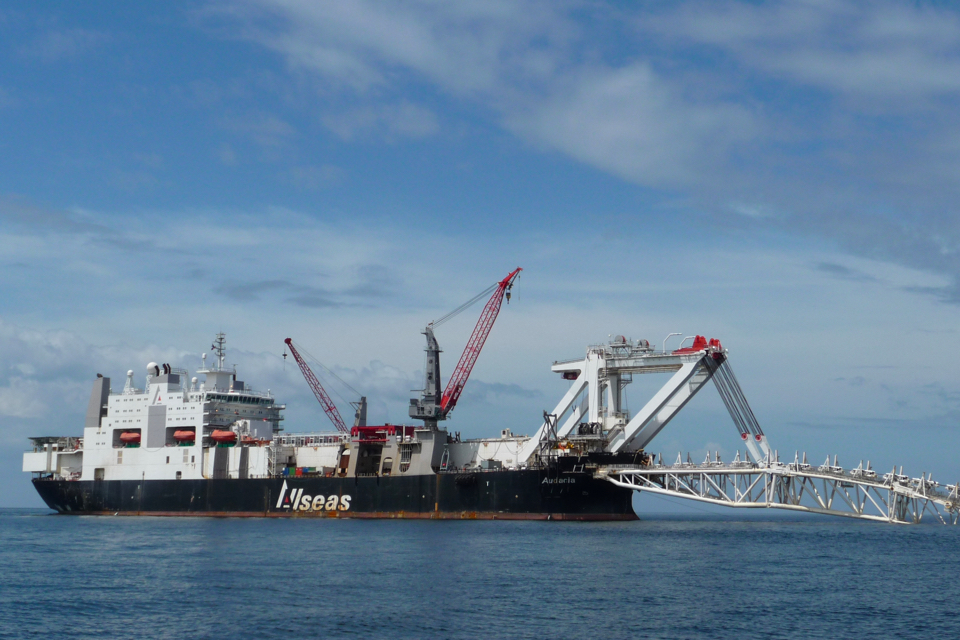 Allseas’ pipelayer Audacia and support vessel Calamity Jane have started work on the deep-water Lingshui 17-2 gas field development in the South China Sea. It is the offshore contractor’s very first job in China.

During the project, the Audacia will install some 160 kilometres of subsea pipelines and multiple structures in water depths up to 1500 metres, with Calamity Jane providing the support. The project is carried out on behalf of Chinese Offshore Oil Engineering Company (COOEC).

The 225-metre Audacia is a versatile pipelay vessel, optimised for the execution of small- to large-diameter pipeline projects of any length in all water depths, and for associated work such as the installation of risers and subsea protection frames. The concept for Audacia was developed entirely in-house and it has been operational since 2007. The vessel is equipped with dynamic positioning (DP) and a stinger at the bow. It also features a high transit speed, high lay speed and large carrying capacity.

The Calamity Jane is a dynamically positioned support vessel that assists Allseas’ pipelay vessels with activities such as pre- and post-route survey, crossing preparation and mattress installation. It also operates as an independent unit with the mechanical pipeline trencher Digging Donald. Its slender ship shape and efficient propulsion system allow for a high transit speed and good workability.

Last week, it became clear Allseas will reduce its workforce by a few hundred in the course of 2020, which will mostly impact its vessels’ crews. Several ships will also be laid up once they have completed the projects they are currently working on. The company says it is forced to do so due to the low oil price and the corona crisis. An upgrade to the Pioneering Spirit and a deepsea mining test are also being postponed.