Spliethoff books better results, but BigLift remains in the red 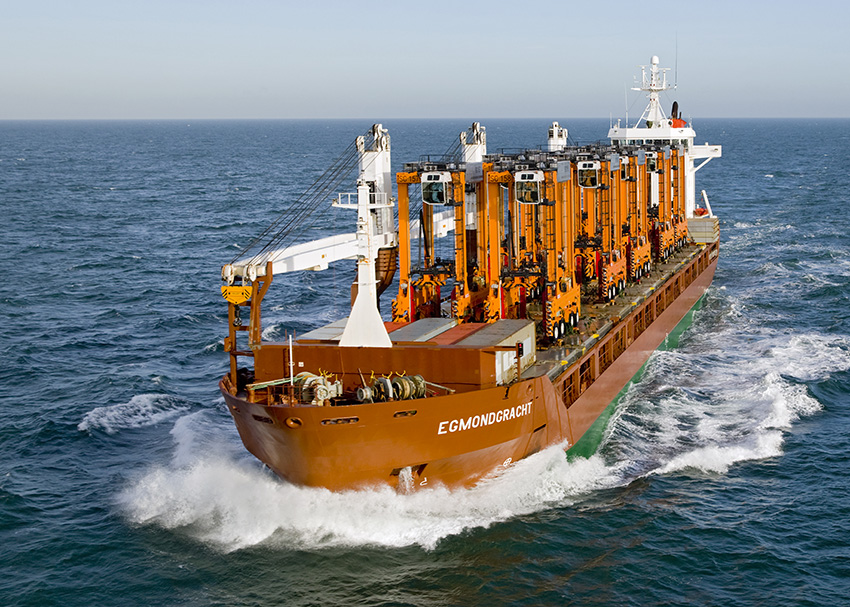 The Spliethoff Group saw both its revenue and operating result improve in 2018, but delayed investments in the oil and gas and mining industry kept subsidiary BigLift in the red. The company’s shortsea operator Wijnne Barends kept its net profit stable thanks to cost reductions.

Spliethoff’s net result, however, decreased by almost a third to 4.6 million euros as it was negatively impacted by participating interests in other companies. Also, the company did not receive a tax return like in 2017.

Despite the lower net profit, Spliethoff’s executive board says it’s proud of the results ‘which were accomplished in a difficult market where some of our direct competitors had to stop their operations’ – hinting at the bankruptcy of Hansa Heavy Lift from which Spliethoff took over eleven vessels.

The multipurpose market stabilised in 2018 compared to 2017. During 2018 freight levels in the dry bulk sector improved considerably until the last quarter when they collapsed again. Spliethoff carried out a large number of voyages with aid cargo to the Caribbean Islands affected by tropical storm Irma. Due to continuous losses, the company ceased its longstanding breakbulk semi-liner service from Taiwan to Australia. All liner shipping contracts that were up for renewal at the end of 2018 have been extended, the board states.

Within the Spliethoff Group, BigLift struggled with a continued poor market environment. Postponements and cancellations of projects in the oil and gas and mining markets had a large impact on the results of the fleet and high-end vessels especially, the heavy-lift shipping company states in its annual report.

BigLift Holding acts as a managing agent for sixteen heavy-lift vessels in the BigLift Shipping Pool for which it receives a commission. Because of the low number of projects, the pool’s turnover decreased by 15 per cent to 100.2 million euros. Together with higher fuel costs, this resulted in a 6 per cent lower commission of 8.2 million euros for BigLift Holding. Although the company’s operating loss decreased from 3 million to 190,000 euros, the net loss almost tripled to 1.7 million euros due to loss-making participations.

At the start of 2018, BigLift withdrew from the fifty-fifty joint venture BigRoll through which the company operated four module carriers together with Rolldock. Two of those vessels joined BigLift’s fleet and were renamed BigLift Baffin and BigLift Barentsz. In March 2019, these vessels were pooled with two module carriers of South Korean heavy transport operator Chang Yung, for which BigLift provides the commercial management. Spliethoff’s shortsea operator Wijnne Barends saw its income fall by 10 per cent to 15.6 million euros, but thanks to cost reductions, the company was able to deliver a higher operating result of 3.3 million euros, compared to 2.8 million euros the year before. Net profit remained stable at 3.7 million euros.

In addition to BigLift and Wijnne Barends, Spliethoff also owns Sevenstar Yacht Transport, Transfennica and Bore, but the individual results for these affiliates have not yet been published.

Looking ahead, Spliethoff said it expected overcapacity in its shipping markets to ease in anticipation of the IMO 2020 sulphur regulations but as a result of the sharply decreased oil price, demolition of old tonnage has not really materialized yet.

With the coronavirus pandemic and the new oil crisis it has caused, the outlook for both the multipurpose and heavy-lift markets is bleak. However, analyst firm Drewry previously estimated that a market contraction can be avoided if the virus is contained by the end of Q3.