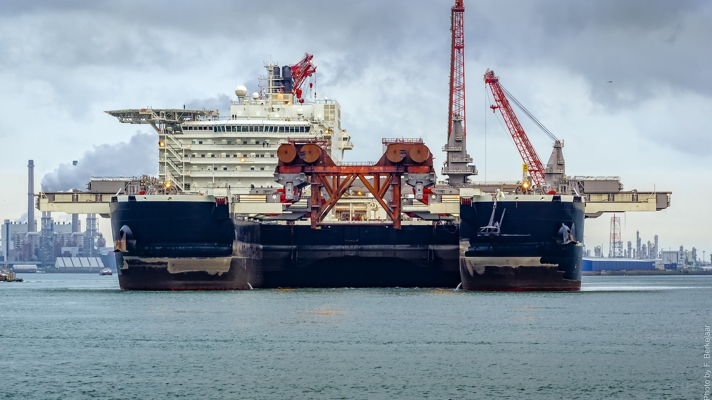 Offshore contractor Allseas will reduce its workforce by a few hundred in the course of 2020, which will mostly impact its vessels’ crews. The company says it is forced to do so due to the low oil price and the corona crisis. An upgrade to the Pioneering Spirit and a deepsea mining test are also being postponed.

‘Allseas is facing uncertain times because of the COVID-19 pandemic and the significant drop in oil prices, which have caused current and future projects to be deferred or cancelled,’ Allseas’ spokesman Jeroen Hagelstein tells SWZ|Maritime. ‘This forces us to implement essential short-term cost-saving measures to reduce our substantial operational and personnel costs and protect the long-term future of the company.’

The plans came to light after the offshore publication Upstream obtained an e-mail to the staff and were then confirmed by Allseas.

‘The lack of offshore projects for the coming years means there is insufficient work to keep all our vessels, and consequently all our crew, busy. Unfortunately, we will have to reduce our crew headcount by a few hundred over the course of 2020. Obviously, any decision we make will adhere to and comply with all the rules and regulations set by relevant labour laws,’ adds Hagelstein.

According to Dutch newspaper FD, it is likely about one third of the 850 crew in permanent positions will be affected. It is as yet unclear whether jobs will also be cut in Delft, the company’s headquarters in the Netherlands. In total, including office staff, the company employs 4000 people.

In addition to job cuts, Hagelstein says there will also be consequences for the company’s fleet. Allseas is ‘deferring small and large investment projects, including upgrades to our vessels and equipment.’ Several vessels are expected to be laid up after completing the projects they are currently working on.

Installation of the vessel’s new Jacket Lift System will be postponed, however, by approximately nine months. Originally, the system was to be operational in the first half of 2021.

In March of this year, Allseas acquired ultra-deepwater drill ship Vitoria 10000 for conversion to a polymetallic nodule collection vessel. The vessel was to be operational for pilot nodule collection tests in the Pacific Ocean by mid 2021. When asked, Hagelstein says the deep-sea mining test has also been pushed back by about nine months but stresses ‘the engineering of the systems to pick up the manganese nodules and transport them to the water surface are continuing at full speed.’

Picture: Pioneering Spirit in the Port of Rotterdam (by Frans Berkelaar).