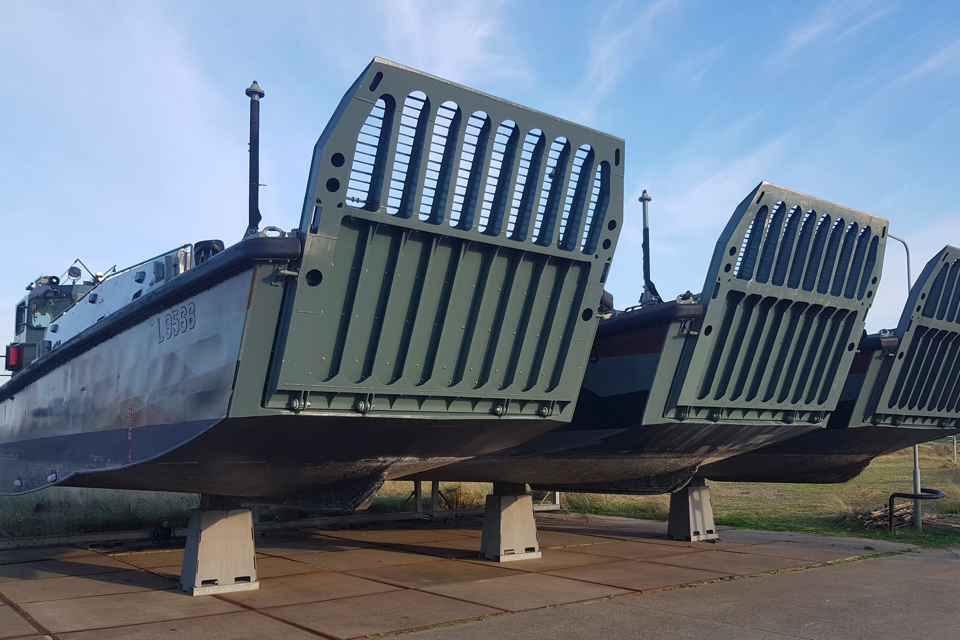 Lamers System Care recently installed the Sonihull Ultrasonic Anti-Fouling system on eleven landing craft for the Dutch Ministry of Defence. The system is to keep them permanently free from algae, weeds and other bio-fouling.

A Landing Craft Vehicle Personnel (LCVP) is a small vessel designed for the transportation of vehicles or personnel. The type MkV (c) can transport up to 35 fully-equipped personnel. The LCVP are stationed in a protected nature reserve. As a result, anti-fouling coatings that contain toxic chemicals cannot be applied to the ship’s hull, in case harmful substances end up in the water.

Because traditional biocide-based anti-fouling can’t be used, the ships’ hulls are colonised by algae, weeds, barnacles and other bio-fouling very rapidly. This growth on the LCVPs results in increased fuel-consumption, reduced speed, damage to the hull and reduced lifespan of the vessel.

The Sonihull ultrasonic anti-fouling system creates microscopic ultrasound-induced cavitation on the surface of the vessels. This disrupts the first stages of the food chain, without damaging the surface. The action prevents the build-up of algae, slime and bigger more complex organisms on surfaces where biofouling is not wanted. The system is silent and the movement of water on the protected surface also prevents the adhesion of juvenile barnacles and mussels.

Each of the LCVP units has one Sonihull DUO system, which consists of a control box and two transducers. The transducers are installed on the inside of the vessels to protect the hull from fouling. Instead of the standard composite transducer rings that are glued in place, aluminium mounting rings were used. The rings were bonded to the aluminium hull using a two-part epoxy resin. The Dutch Ministry of Defence opted for aluminium rings, so that it is possible to weld the rings to the hull if they ever need to be re-located.

The control boxes are connected to both the 220 VAC (shore power) and the 24 VDC, so that the systems remain active 24/7. Due to the extremely low energy consumption (7.2 Watt per transducer), this has no significant impact on the vessels’ energy management.