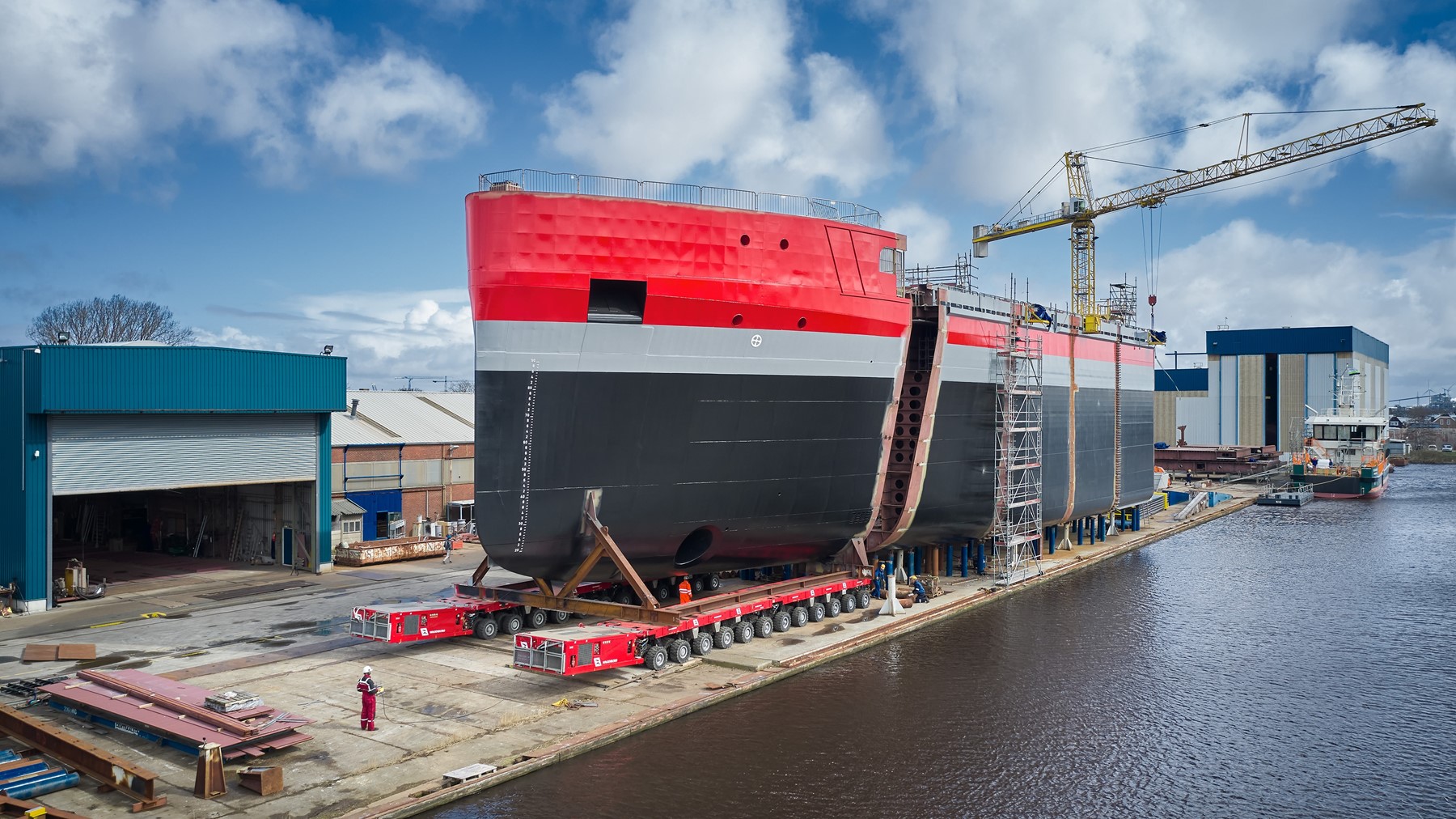 Following the installation of the bow in March, Wagenborg has now installed the bridge deck of its second EasyMax multipurpose vessel. The EasyMax2 is being built at the Royal Niestern Sander Shipyard in Delfzijl, the Netherlands, and is expected to join the fleet in October.

The EasyMax is an ice-classed multipurpose vessel with an open-top notation and a cargo capacity of 14,200 tonnes. The vessel is designed to have a lower power output and greater efficiency than other multipurpose vessels of a similar size.

A key aspect of the design is the vessel’s razor-sharp bow which lowers fuel consumption by decreasing the water resistance, while also allowing the vessel to better maintain speed in bad weather.

The vessel will have a length of just under 150 metres and a large cargo hold of 625,000 cft. Because the vessel has an open-top notation, which means it can sail without hatch covers, it is very suitable for large project cargoes.

The EasyMax 2 is the second vessel in the EasyMax series. The first vessel, the MV Egbert Wagenborg, won the Dutch KVNR Shipping Award for its innovative design.

‘The EasyMax shows how our sustainability, operational and commercial aims have converged. It’s only logical that we recently ordered a second EasyMax as we slowly prepare the Wagenborg fleet for the future,’ says fleet director Theo Klimp.