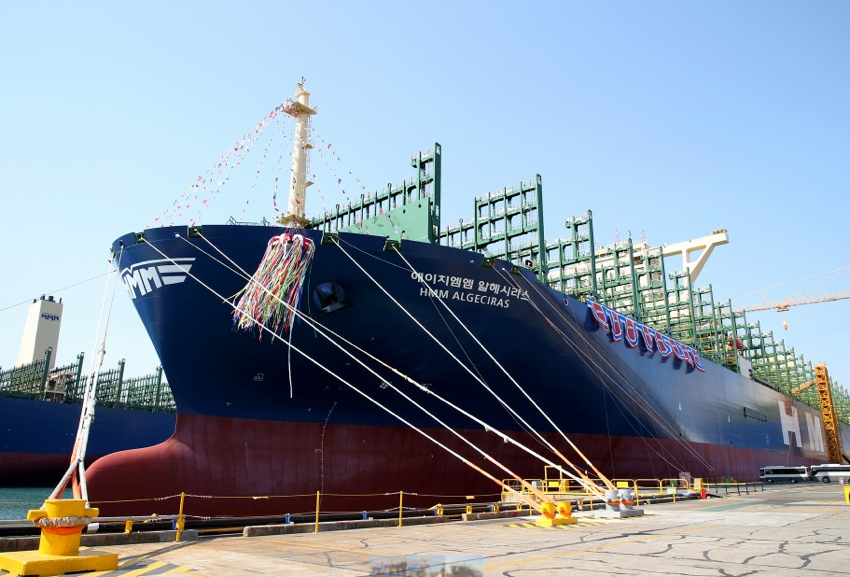 The HMM Algeciras of 23,964 TEU was officially inaugurated on 23 April. On 28 April, the ship sailed from Qingdao in China to Busan in South Korea. There, 7156 TEU was loaded. Subsequently, large loads of containers were collected in Shanghai, Ningbo and Yantian. Final score: 19,621 TEU, which according to HMM means a new world record.

The previous record was in the name of MSC Gülsün, which carried 19,574 TEU on its maiden voyage last July.

HMM’s record ship is now sailing towards the Suez Canal and is expected to arrive at the Rotterdam World Gateway on 3 June at noon. On Saturday 6 June at 5.00 am the mega carrier will leave for Hamburg.

This article first appeared (in Dutch) on Nieuwsblad Transport, which is also published by SWZ|Maritime’s publishing partner Promedia.